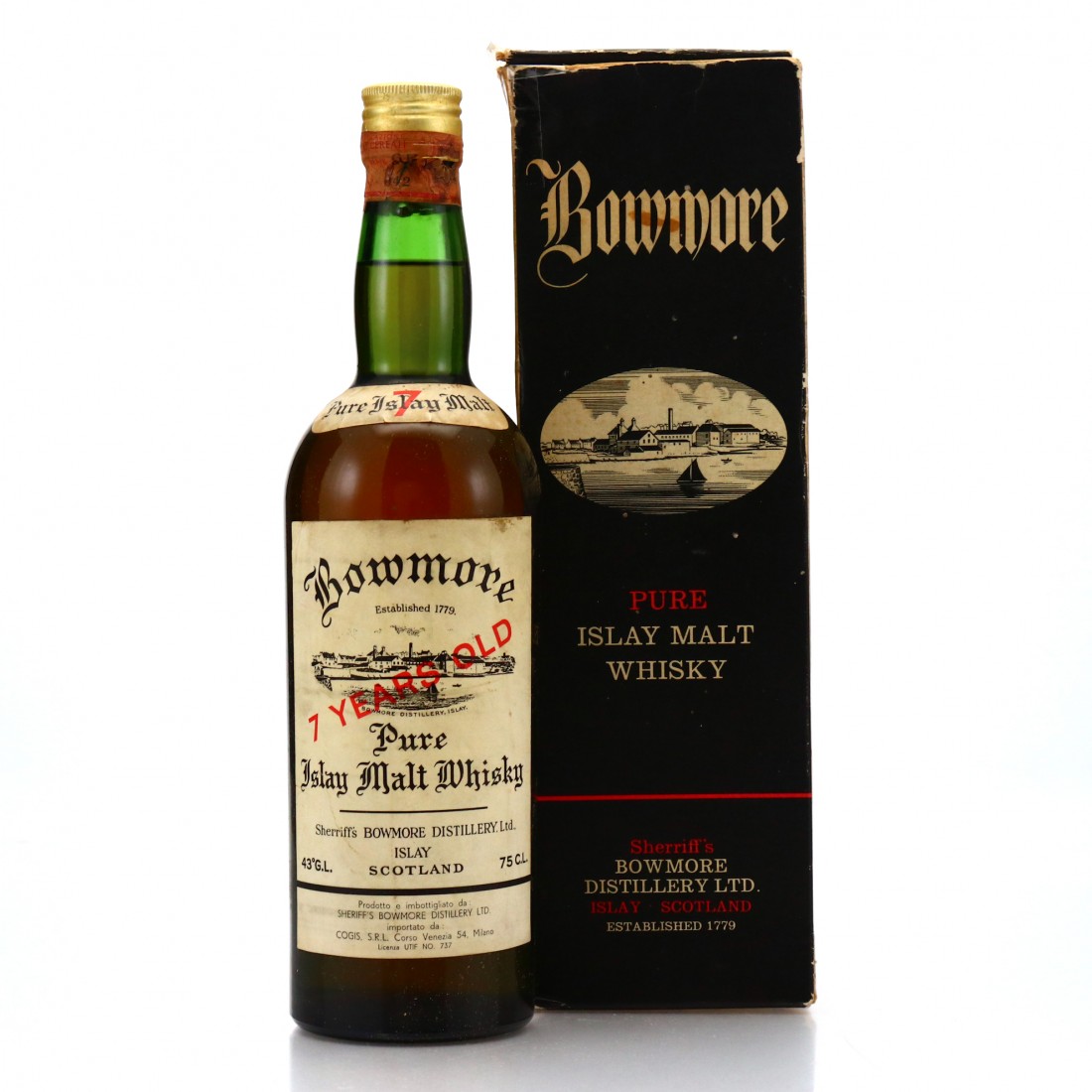 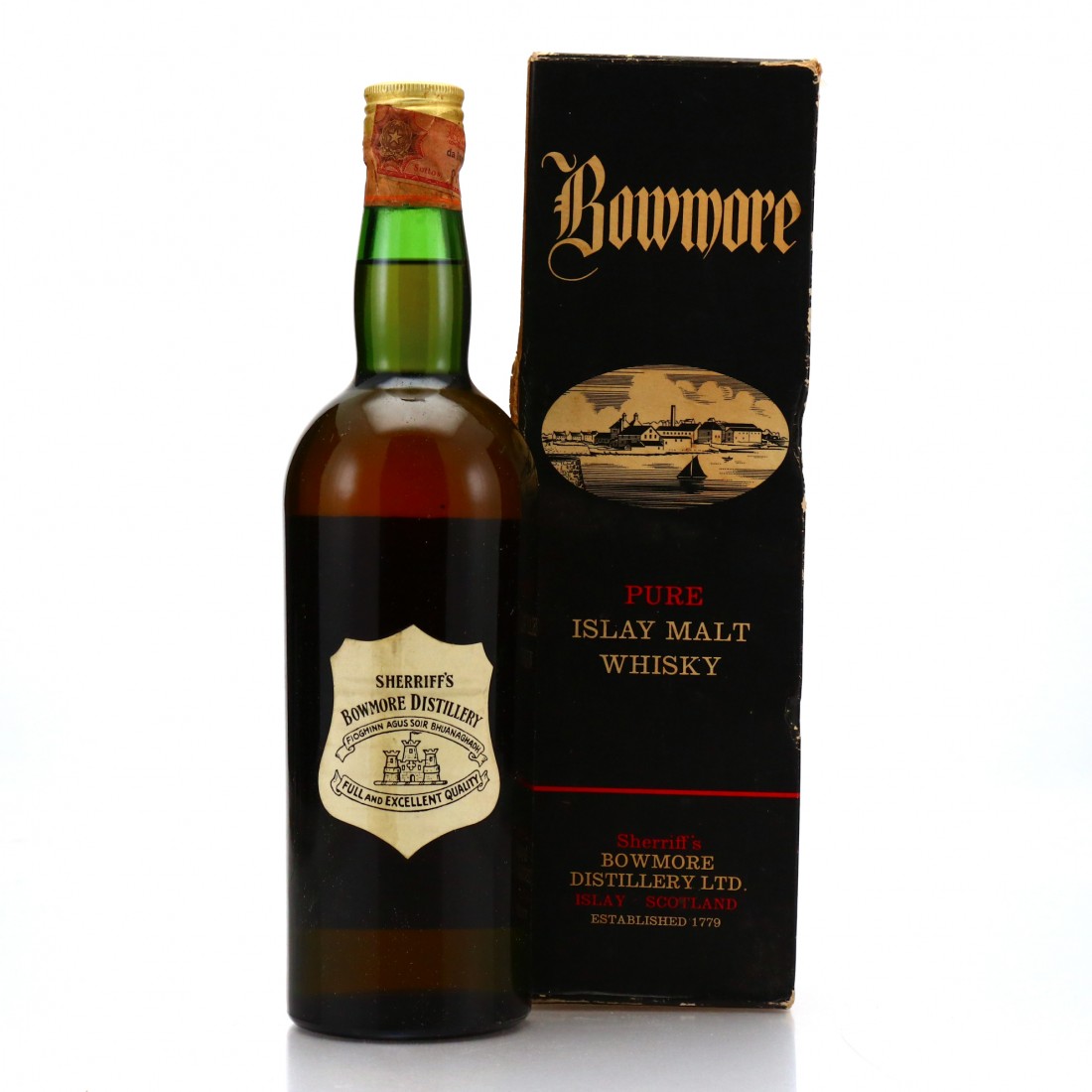 This is an incredibly rare Bowmore from the 1960s, still bearing the name of JB Sherriff & Co, who were proprietors from 1925-1950. This is one of the earliest bottlings from the Stanley P. Morrison era, and one of several sought after releases bearing the Sherriff's name.

Aged 7 years, this was imported to the Italian market by Venetian importers, Cogis.