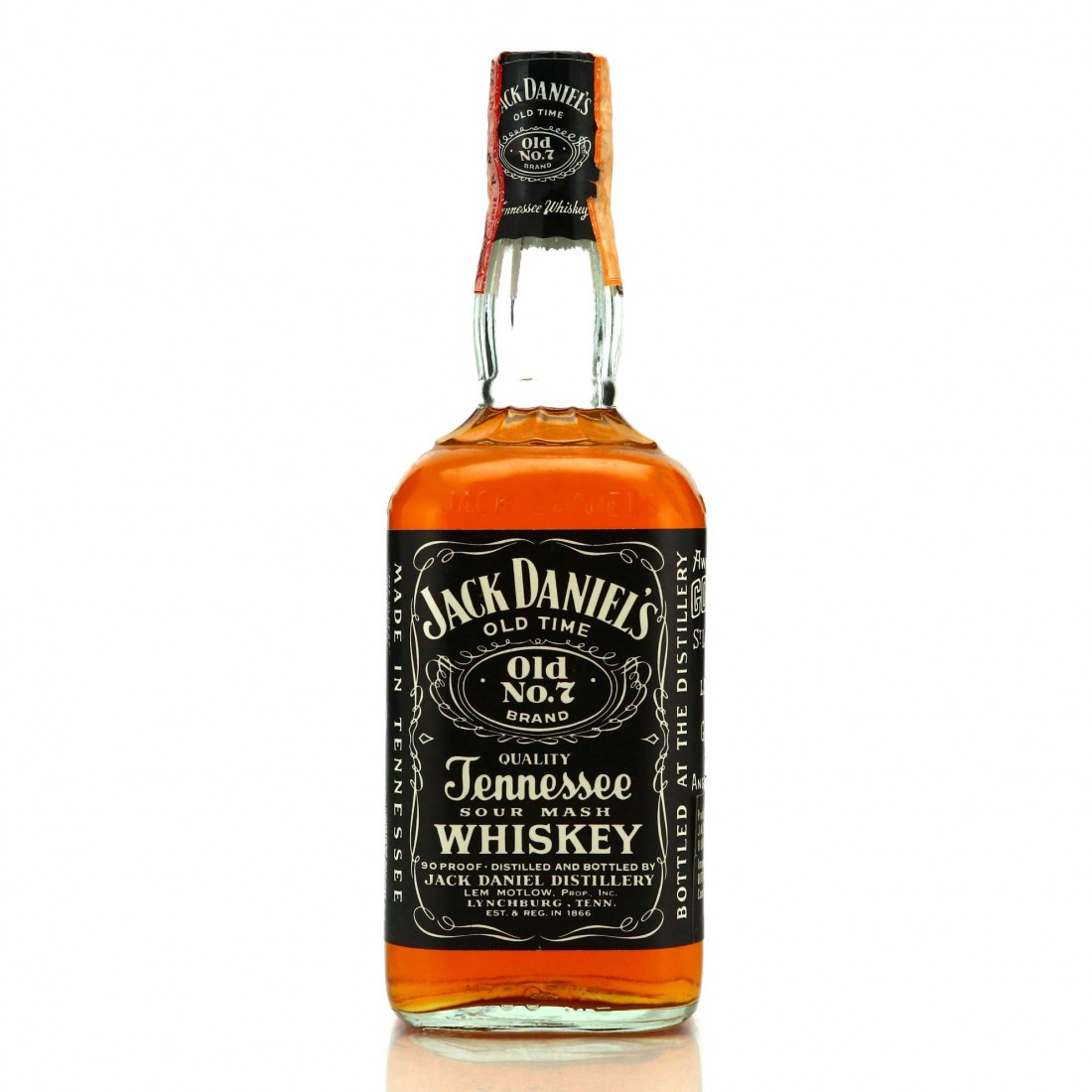 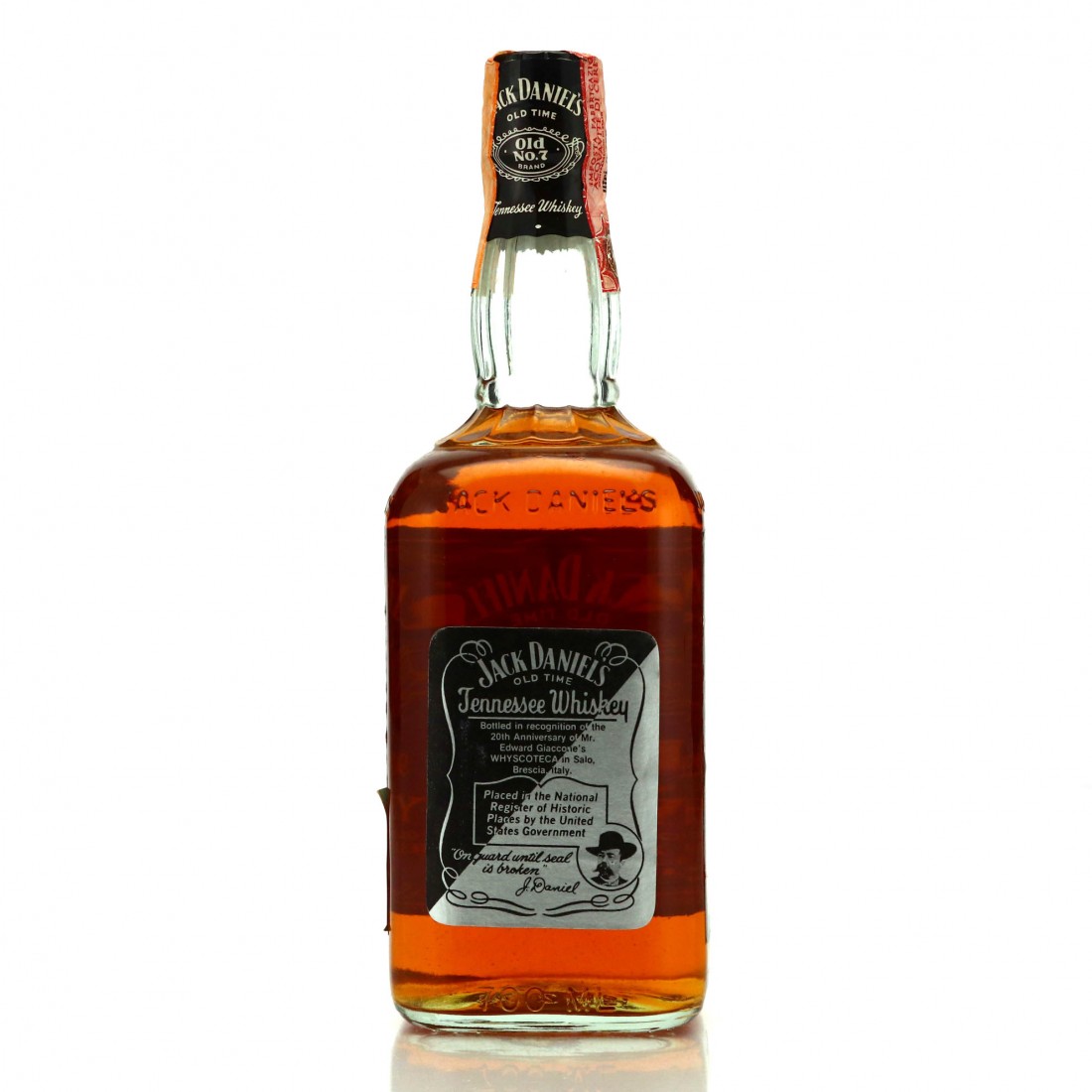 A 1970s bottle of the Old No.7 Brand. This was bottled at the classic 90 proof, the historic strength for the brand until it was reduced to 86 proof in 1987.

This particular bottle was selected for Edoardo Giaccone to celebrate the 20th Annviersary of Whyscoteca.

Edoardo Giaccone was something of a trailblazer, and was importing specially bottled official single malts for his bar from the late 1960s. He opened the famous venue in 1958, and it has been called a few different things over the years, including Garten, Edward & Edward, and La Taverna del Comandante. Edoardo set the stage for later legendary bottlers such as Silvano Samaroli, Nadi Fiori and Ernesto Mainardi. Moon Import founder, Pepi Mongiardino said, "he was the first person I visited" when he became the distributor for Bruichladdich in 1981. Giaccone did not have any of his own labels or series, but was the first person in Italy to have official bottlings produced exclusively for him. Through his bar, Italy was treated to exclusive releases from Clynelish, Bowmore, Dalmore, Highland Park and even Jack Daniel's.