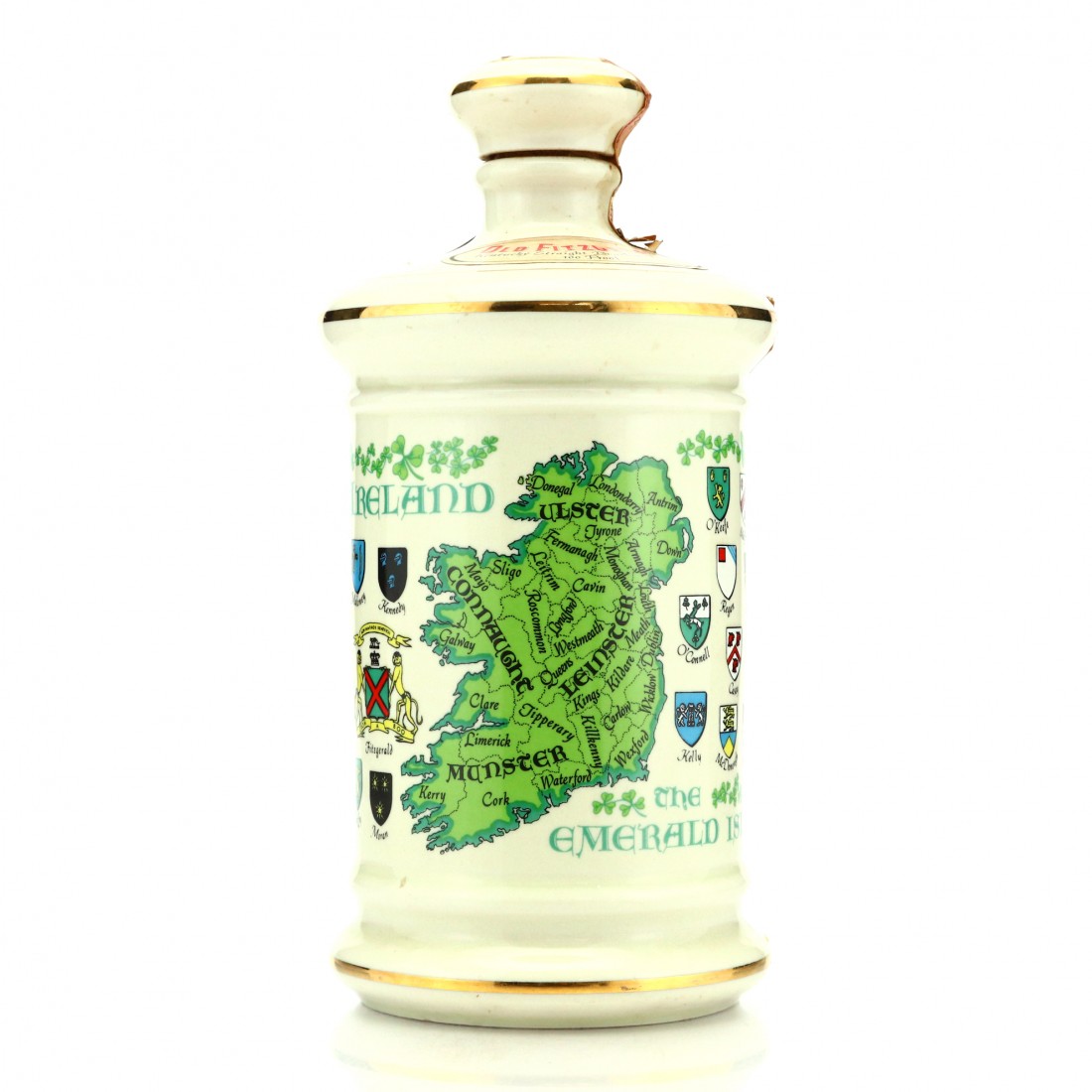 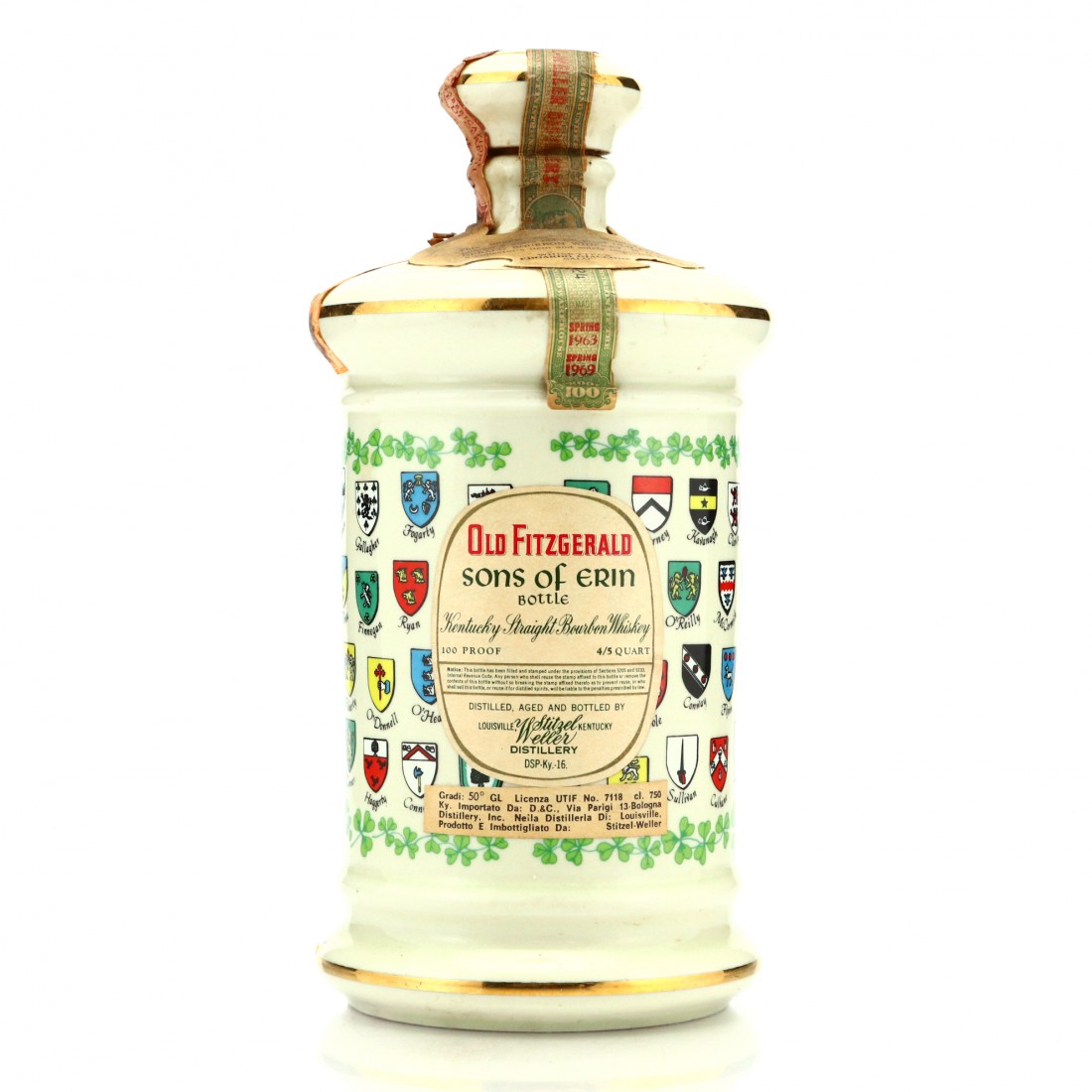 We don't see vintage Old Fitzgerald very often, so we are particularly excited about this bottle which was barrelled in 1963 and bottled in 1969. This decanter was produced exclusively for Edoardo Giaccone in Italy.

This Old Fitzgerald was distilled at the legendary Stitzel-Weller distillery while it was still under management of the legendary Julian 'Pappy' Van Winkle I, and bottled a few years after his death by his son, Julian II.

The family were forced to to sell the distillery in 1972, and these Van Winkle era Stitzel-Weller bourbons are incredibly sought after.

This porcelain decanter celebrates The Sons of Erin and displays the countries family coats of arms.