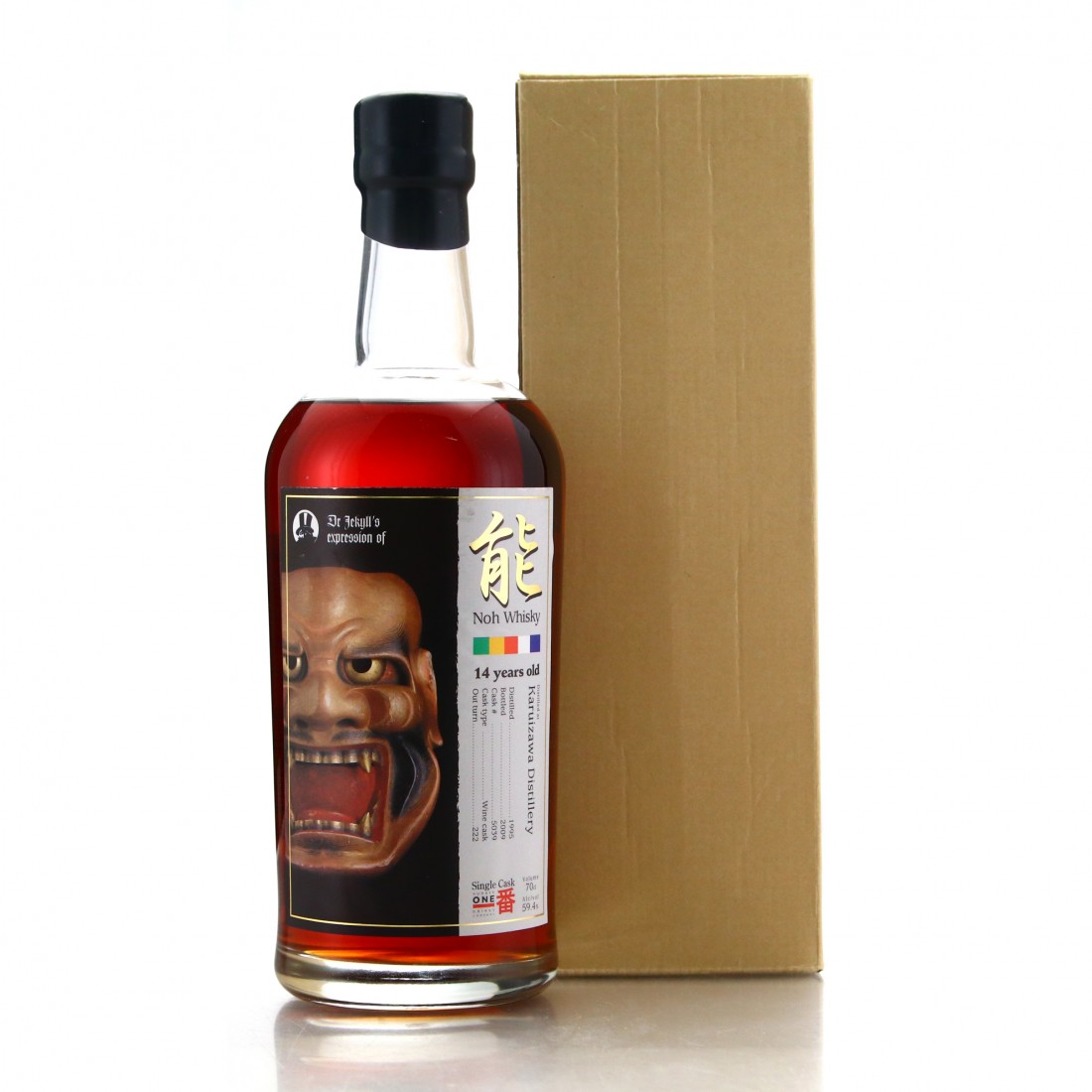 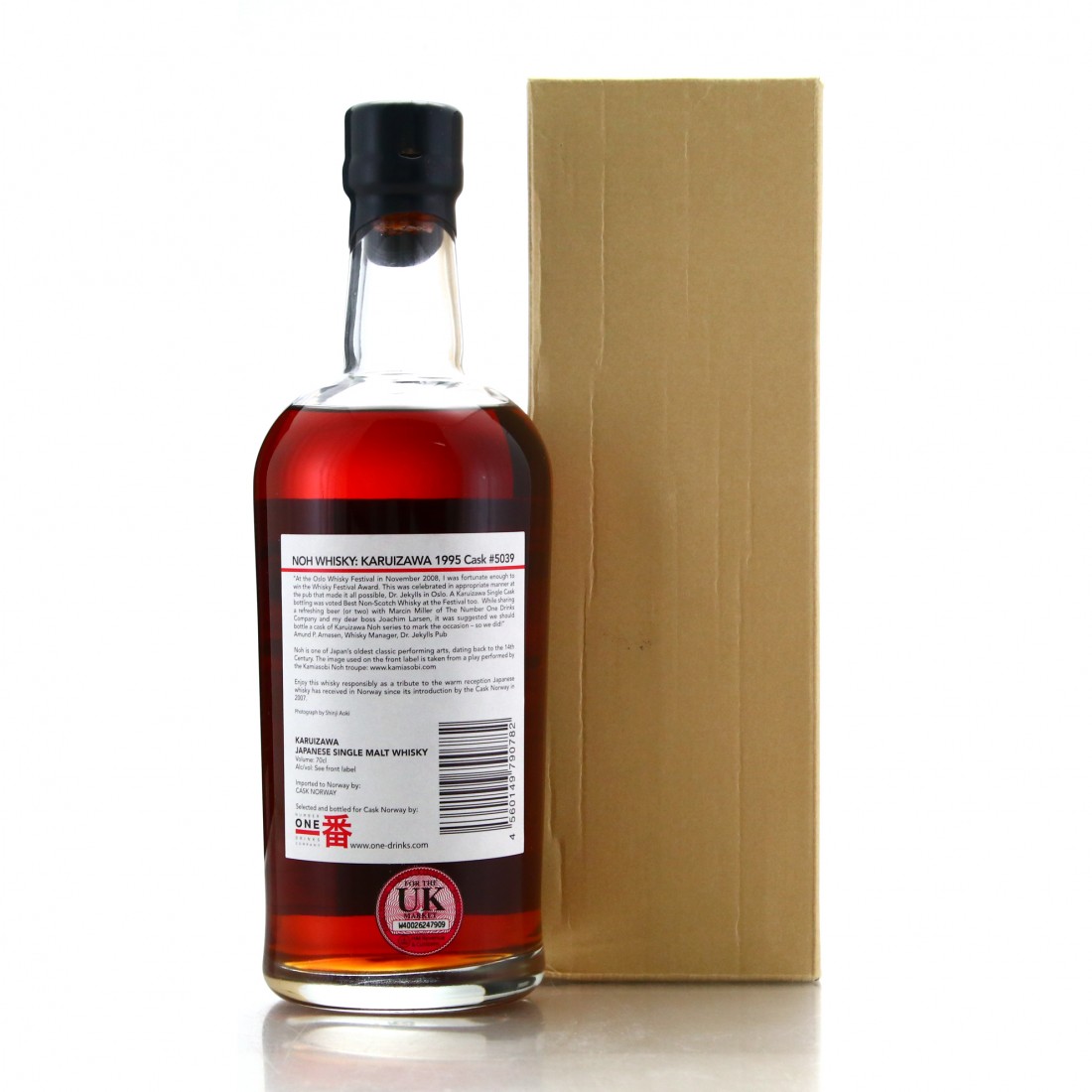 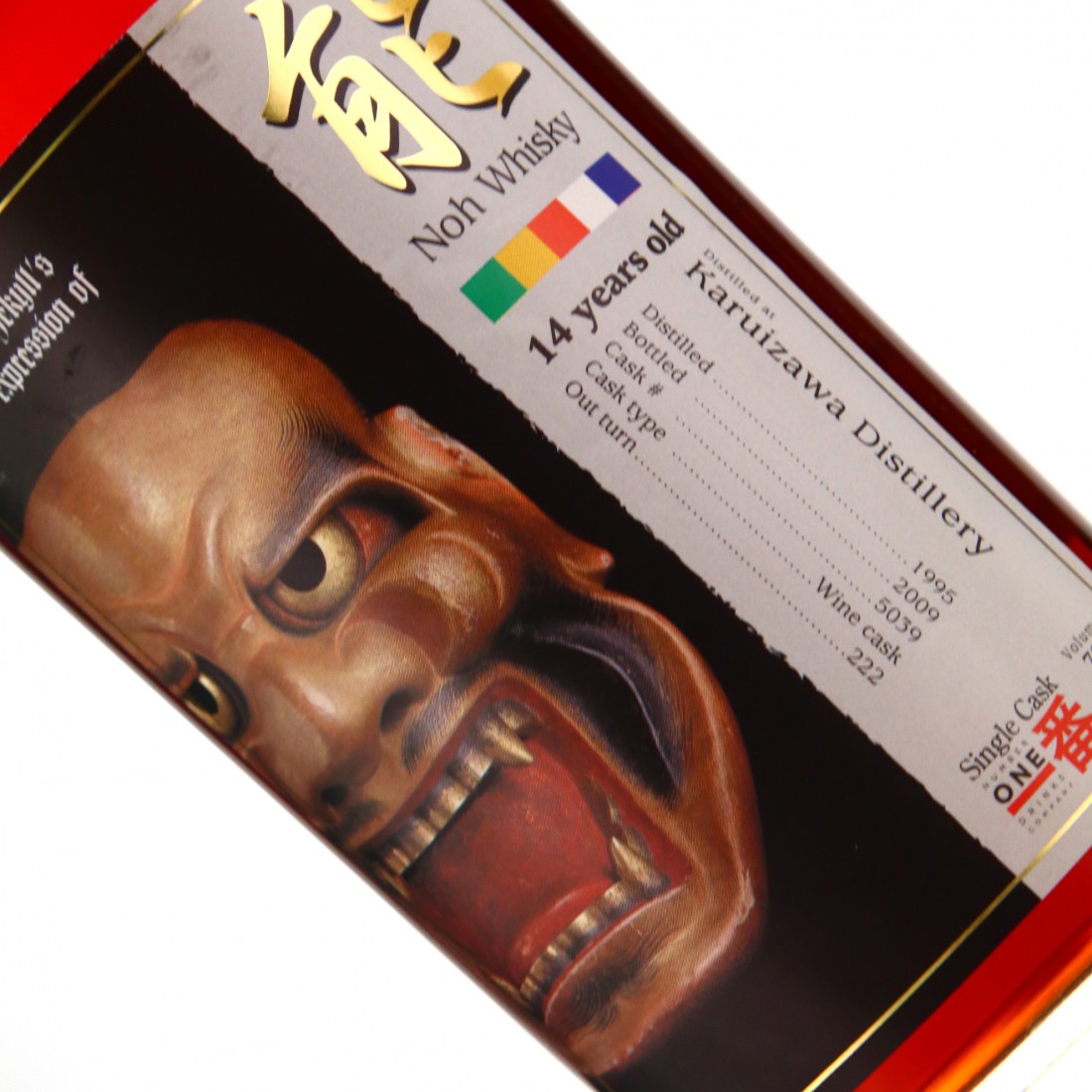 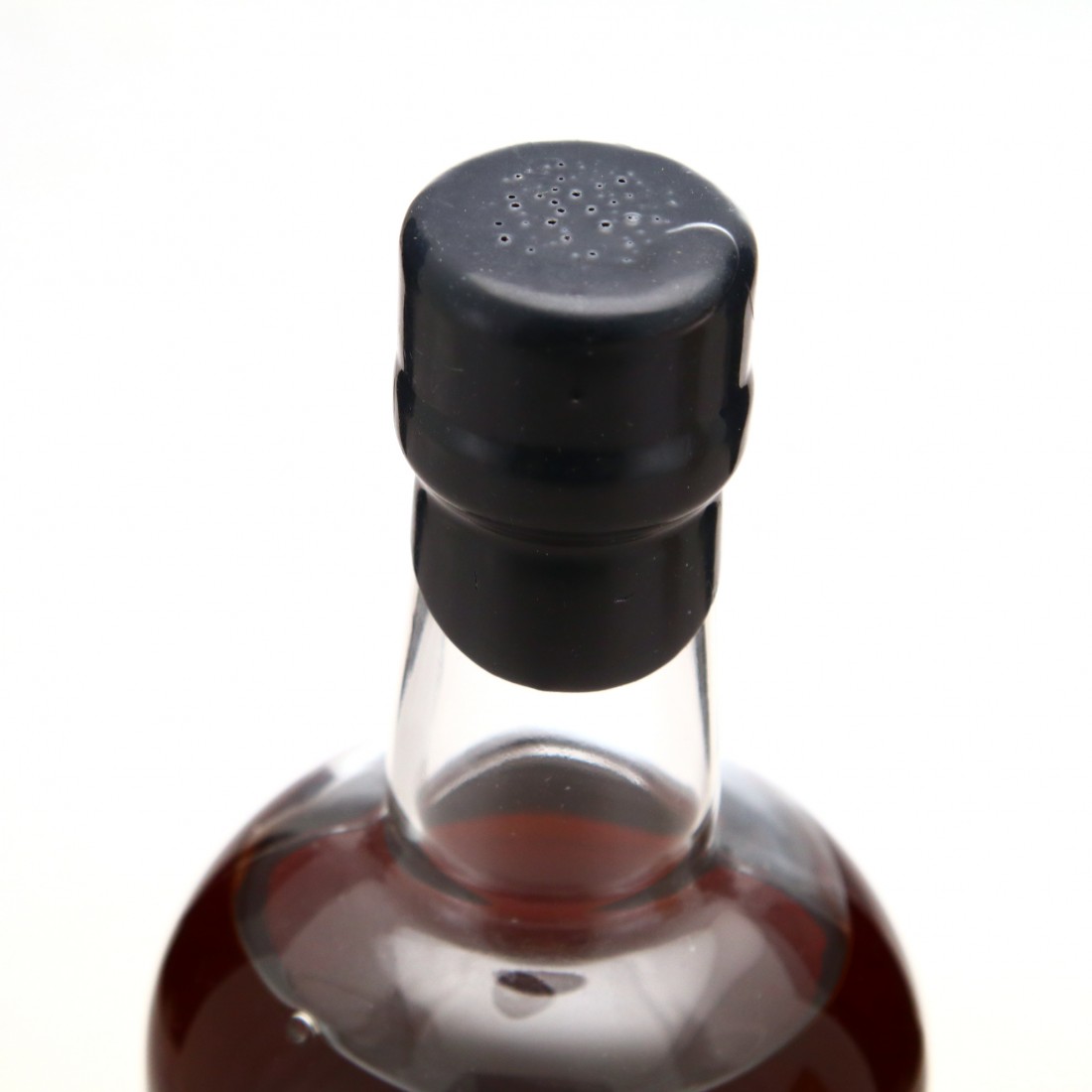 This series features different masks used in Noh, one of Japan's traditional performing arts. This image features the mask of a Noh character from a play by the Kamiasobi troupe.

Bottled at cask strength exclusively for Dr Jekyll's Pub in Oslo, this limited bottling was distilled in 1995 and bottled in 2009. Produced from single wine cask #5039, which yielded only 222 bottles.