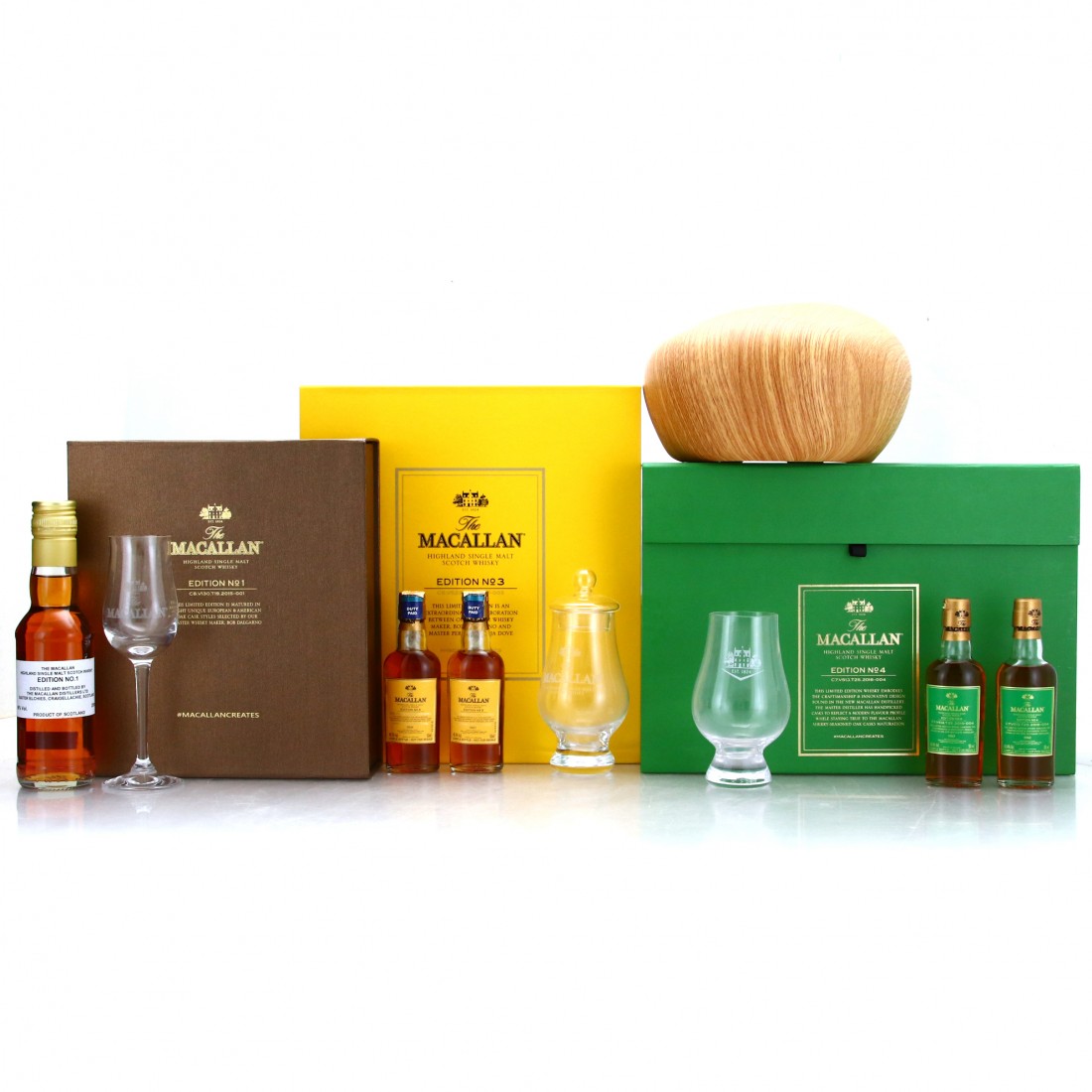 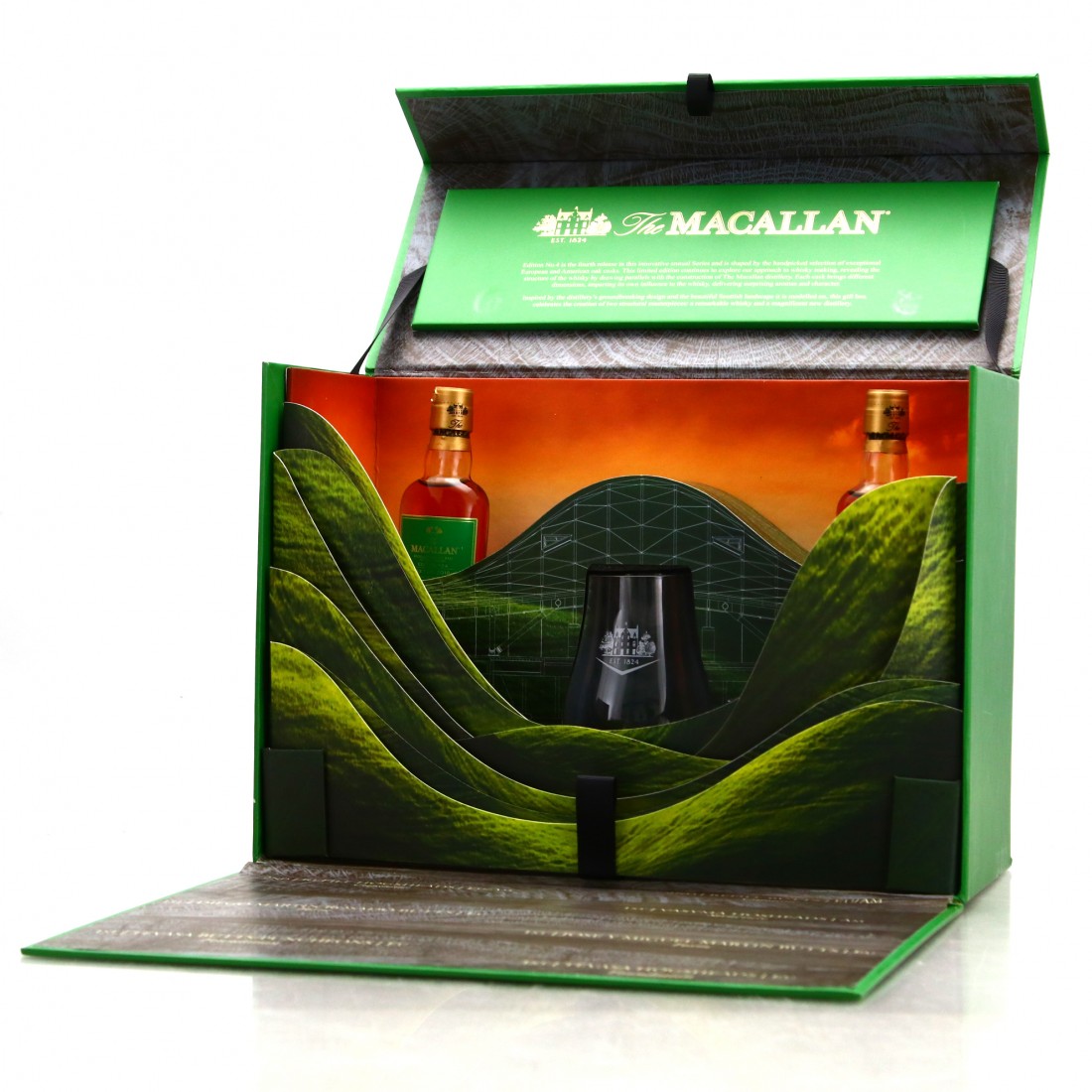 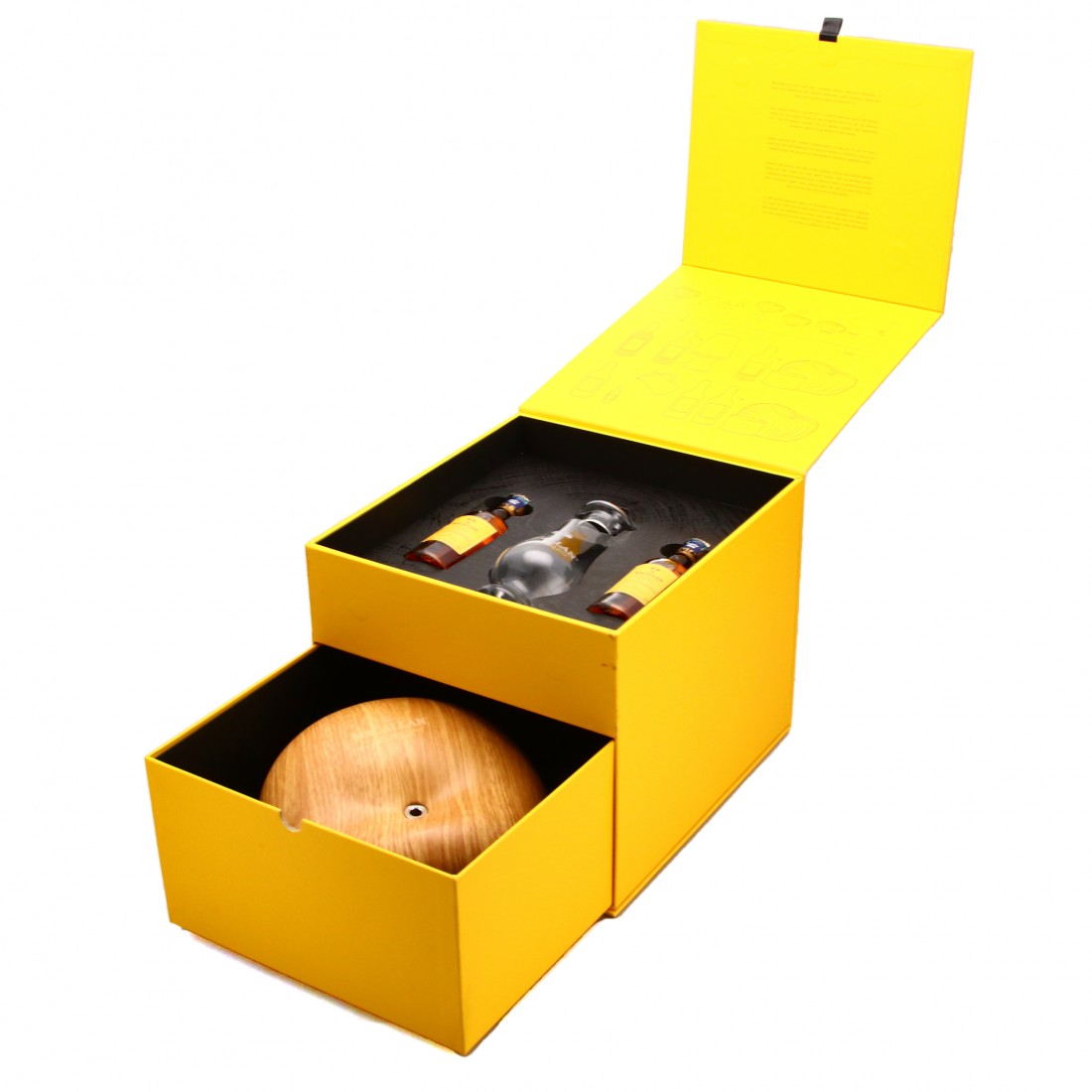 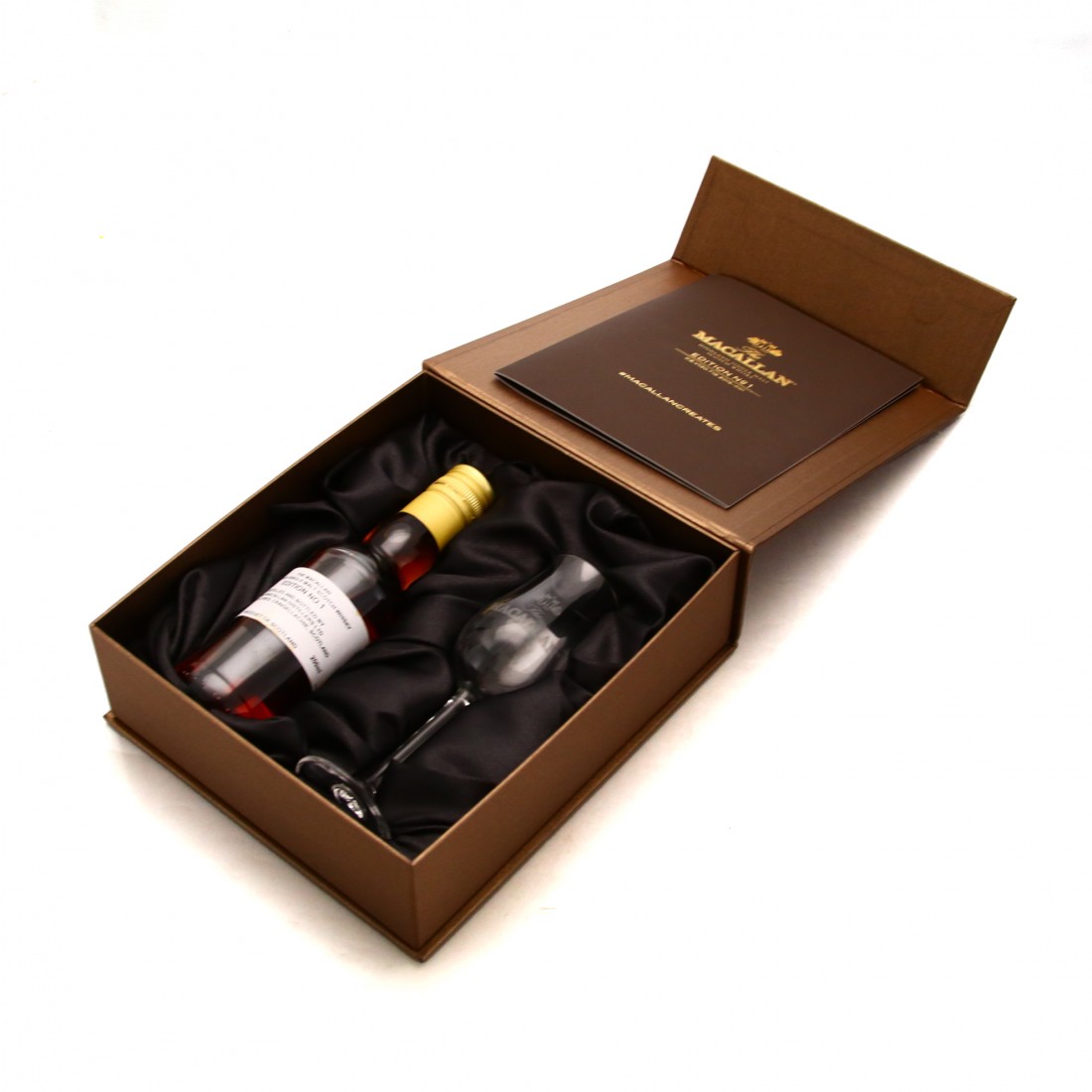 An incredibly rare Macallan Edition No.1 Press Pack which was distributed to journalists and bloggers enabling them to review the whisky before its official release in 2015.

Also included with the 20cl bottle is a beautiful branded tasting glass and a small booklet detailing the whisky. 48%. 20cl.

The third release in the series. A collaboration between Bob Dalgarno and Master Perfumer, Roja Dove.

The liquid has been matured in the following  types of cask -

A very rare miniature gift set celebration the release of Macallan's Edition No.4.

This is the 2018 and fourth annual bottling in the Edition series. Edition No.4 was intended to celebrate the design and craftsmanship involved in the new Macallan distillery which opened that year, and was packaged in green to evoke the turf covered roof of the spectacular new site.

This set includes two 5cl bottles of the whisky and a branded Glencairn glass. 48.4% 2 x 5cl.