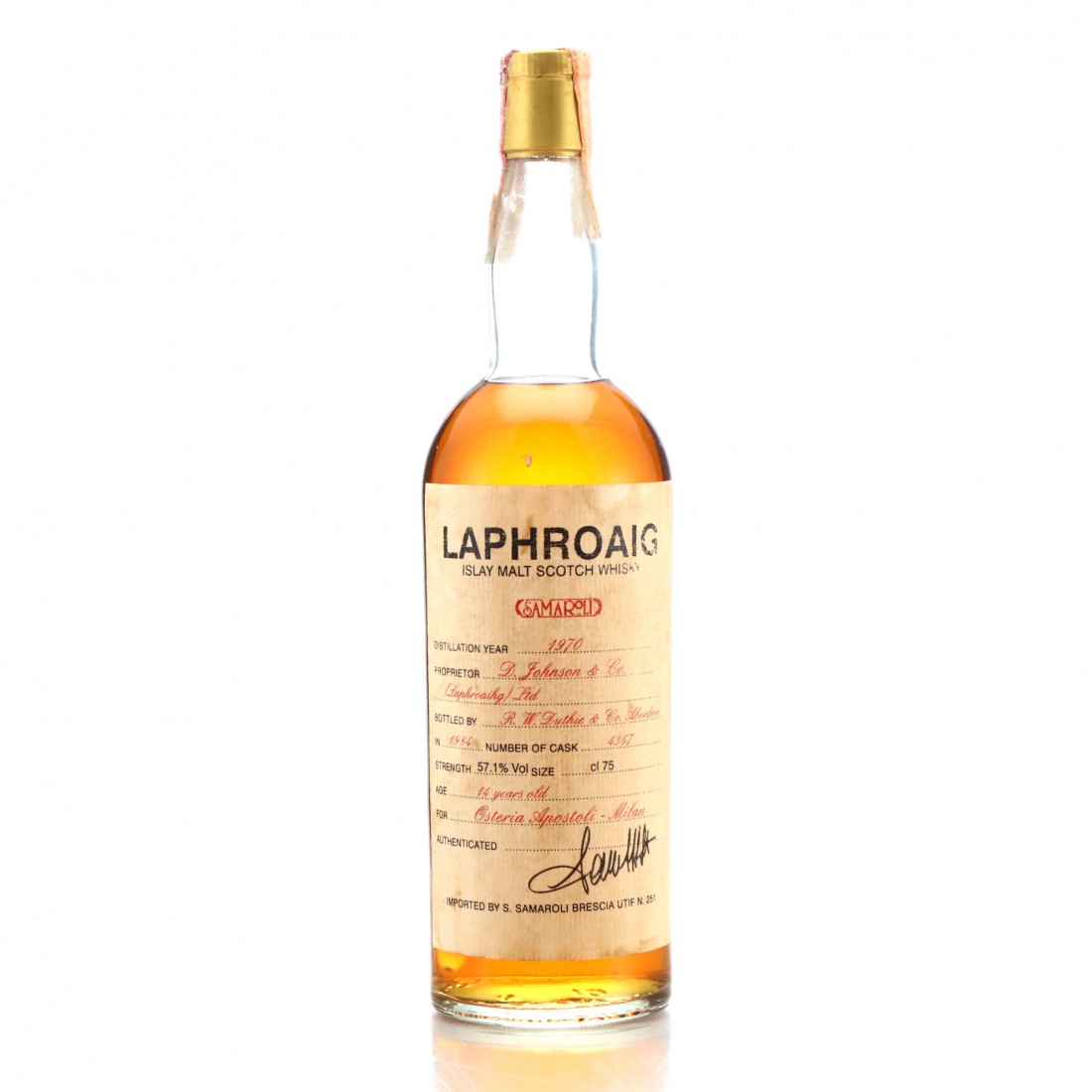 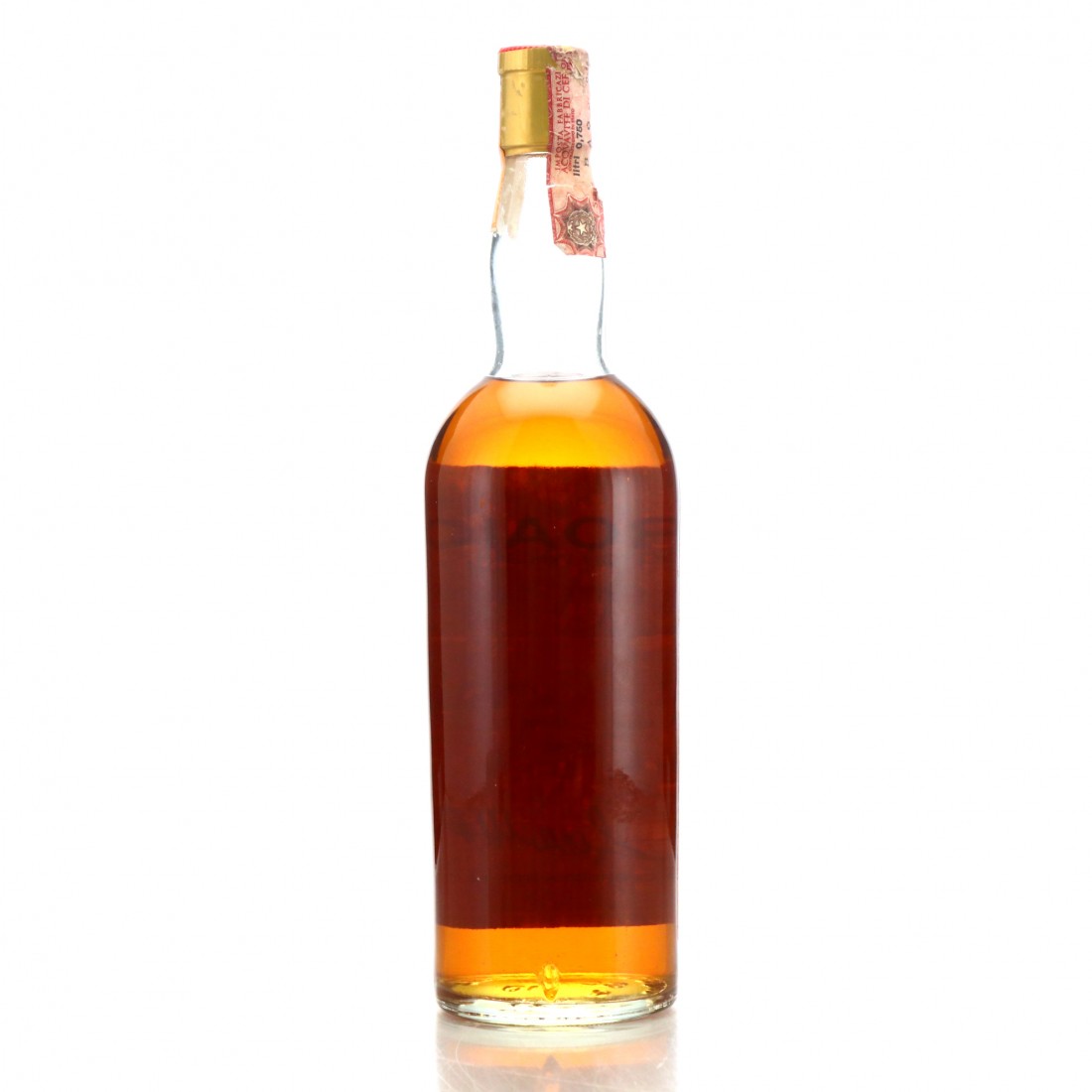 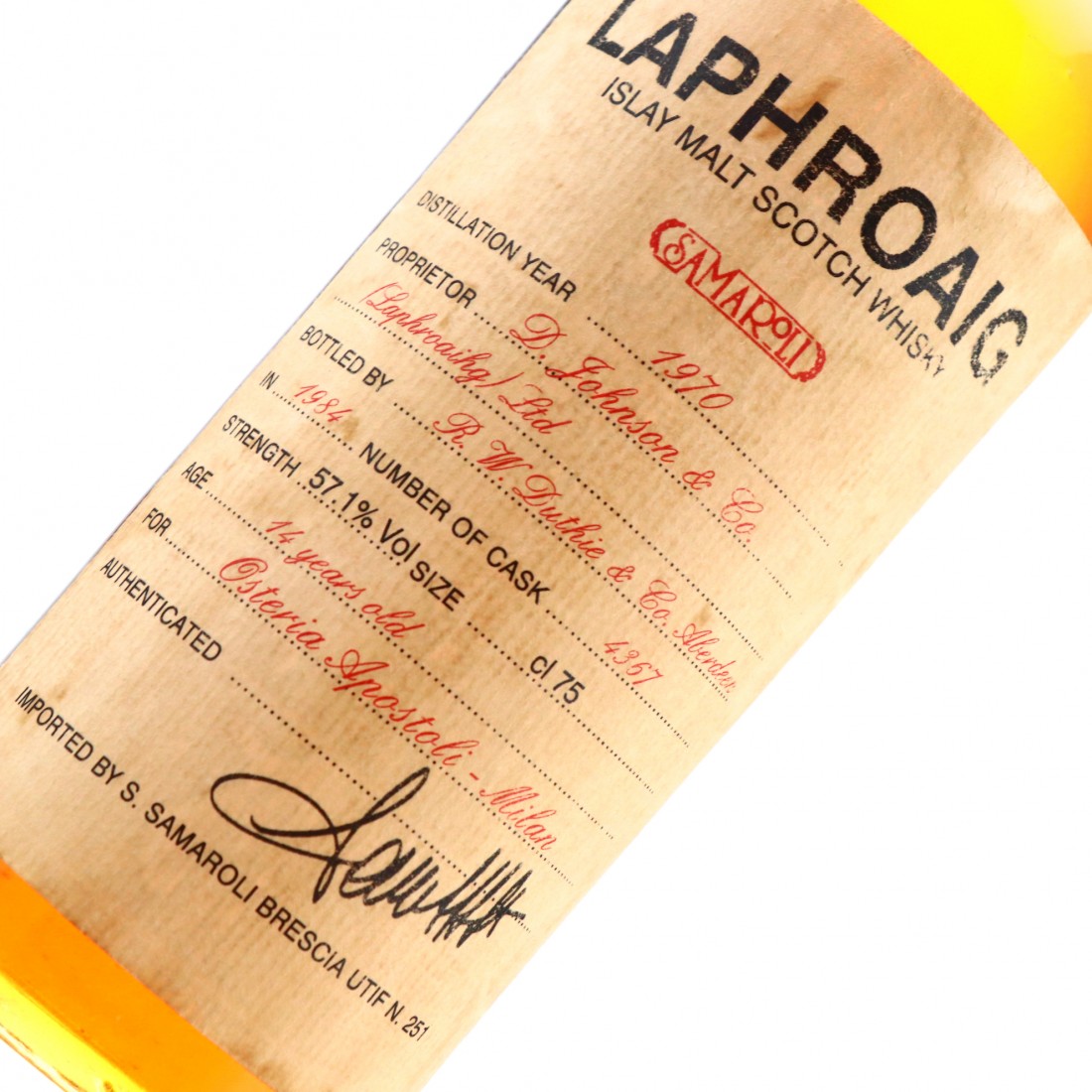 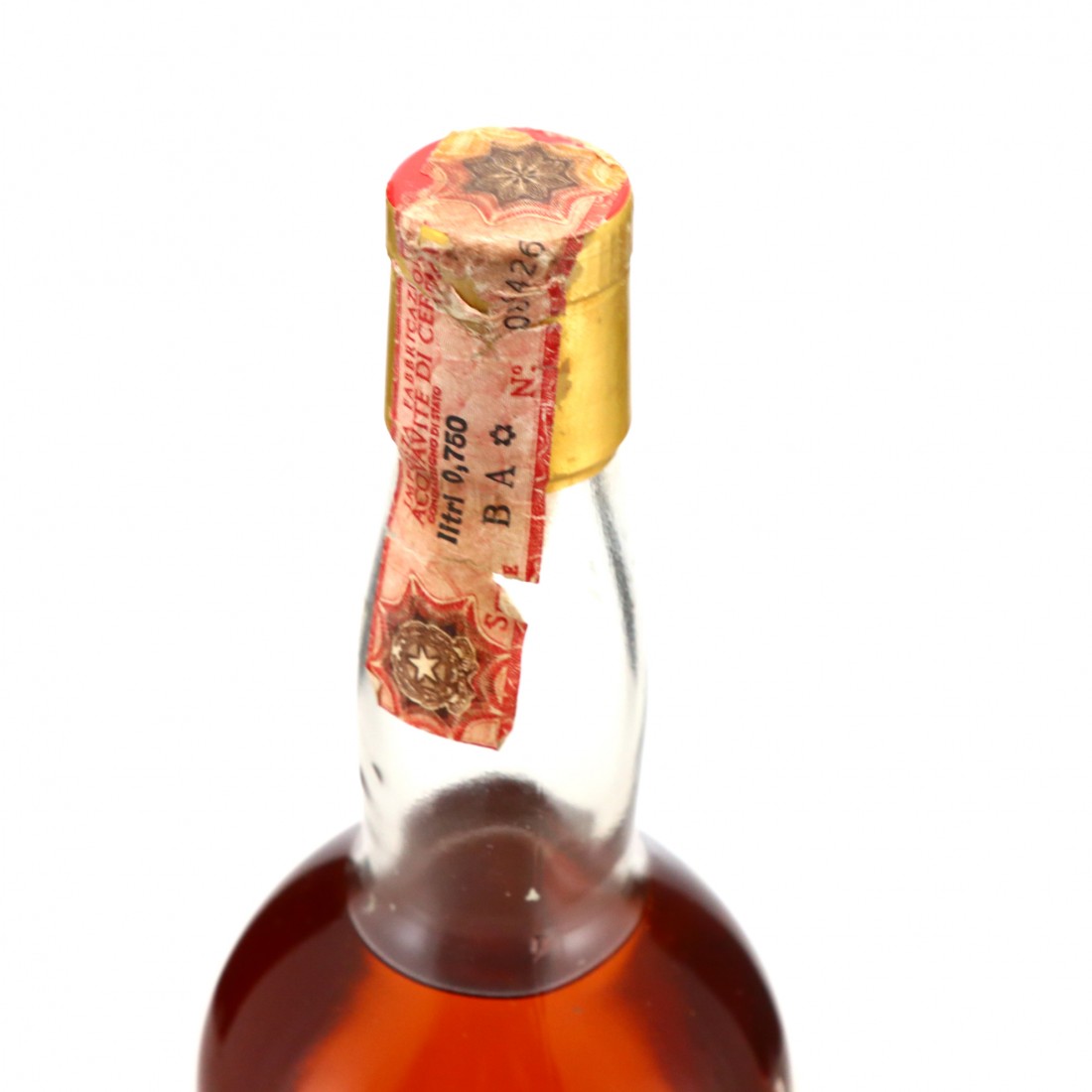 This is an incredibly rare 1970 vintage Laphroaig, bottled by R.W. Duthie in 1984 and exclusively reserved for the Osteria Apostoli in Milan. This is one of several releases, bottled alongside a Macallan, Bowmore and a Mortlach.

It is worth noting that this bottle is not without its fair share of controversy. Indeed, there are examples of it in existence with two slightly different labels, each of which has the same information but presented with a different typeface. For a number of years it was widely considered that the bottle presented here was the genuine article, and the less common variation was inauthentic. A spanner was thrown in the works however by the discovery by Emmanuel Dron of the second label design in Silvano's archives. It was not apparently attached to any bottles however. Several bottles sourced directly from the Osteria's former-owner were also labelled with the same typeface as this bottle. The likelihood is that the label was reprinted for one reason or another, perhaps on account of the mis-spelling of "Laphroaihg" (although it is not correct on either), or to add the volume and strength measurements which are absent on the example printed in Dron's Collecting Scotch Whisky. Sadly there is no absolute clarity on the issue, however we are able to offer a strong degree of confidence. This bottle has a reassuring consistency in its presentation. The glass type, plastic capsule and cork top are the same material as those used by R.W. Duthie for this period, as is the paper stock of the label. A former owner has replaced the original tax strip, however the condition of the capsule beneath means that this is not a concern.