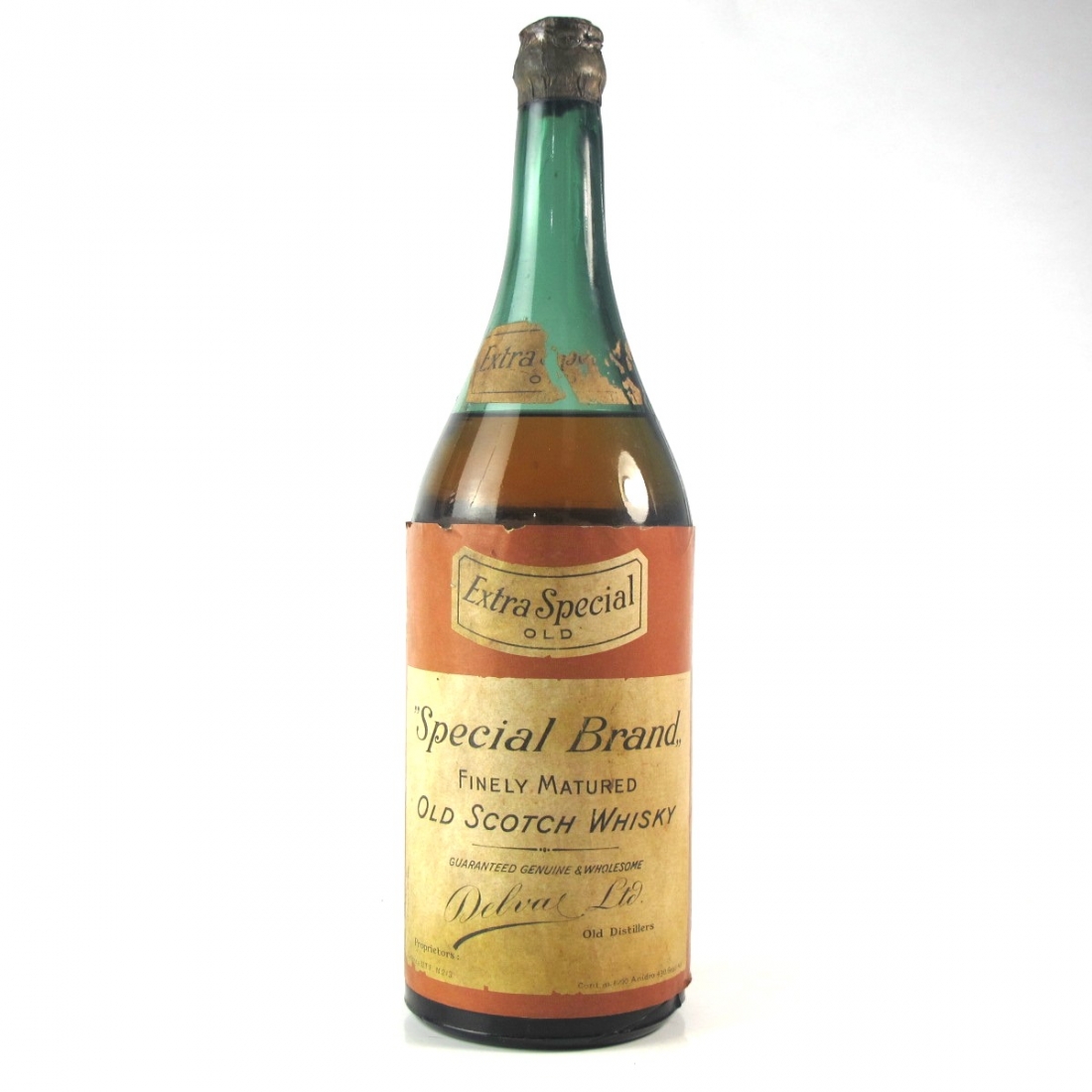 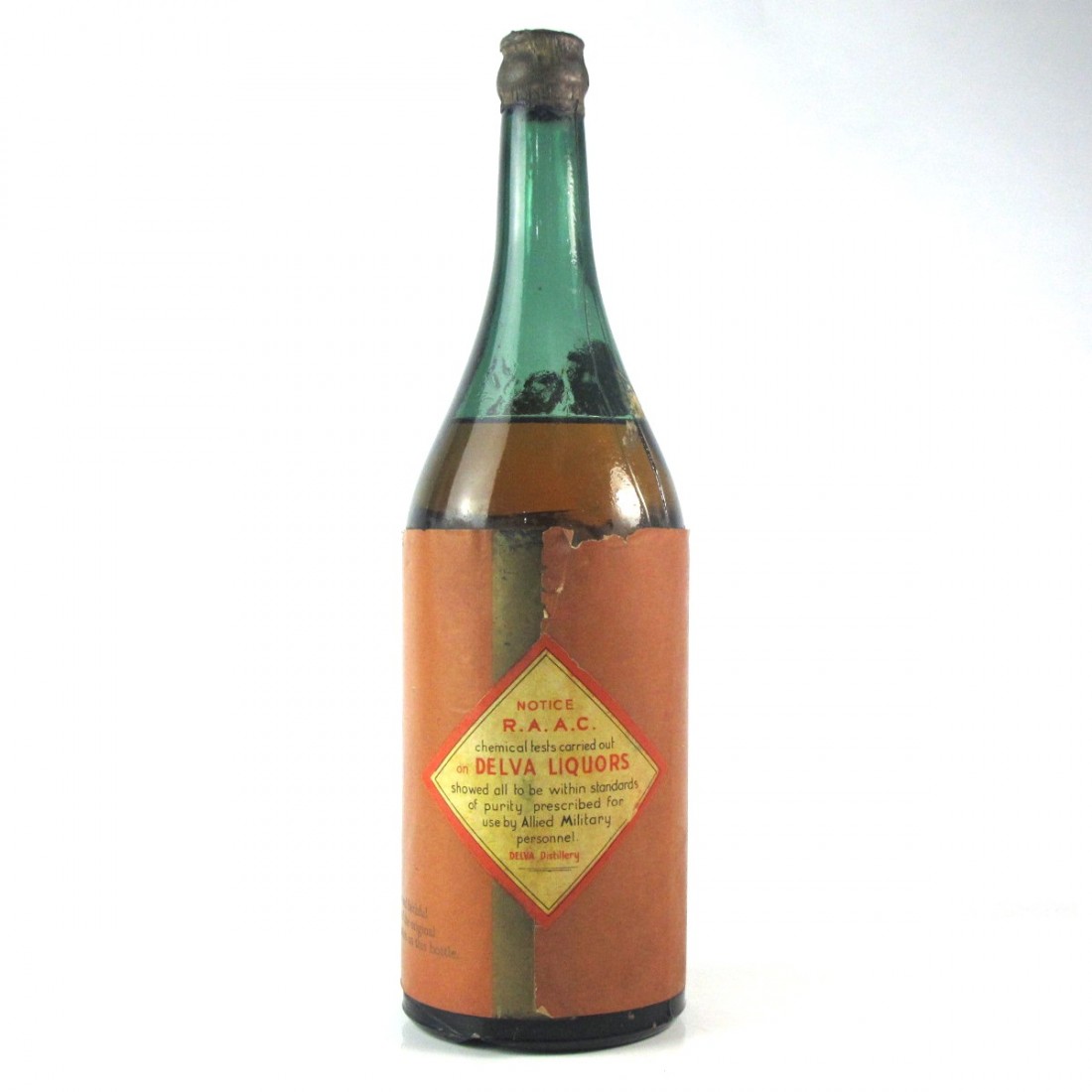 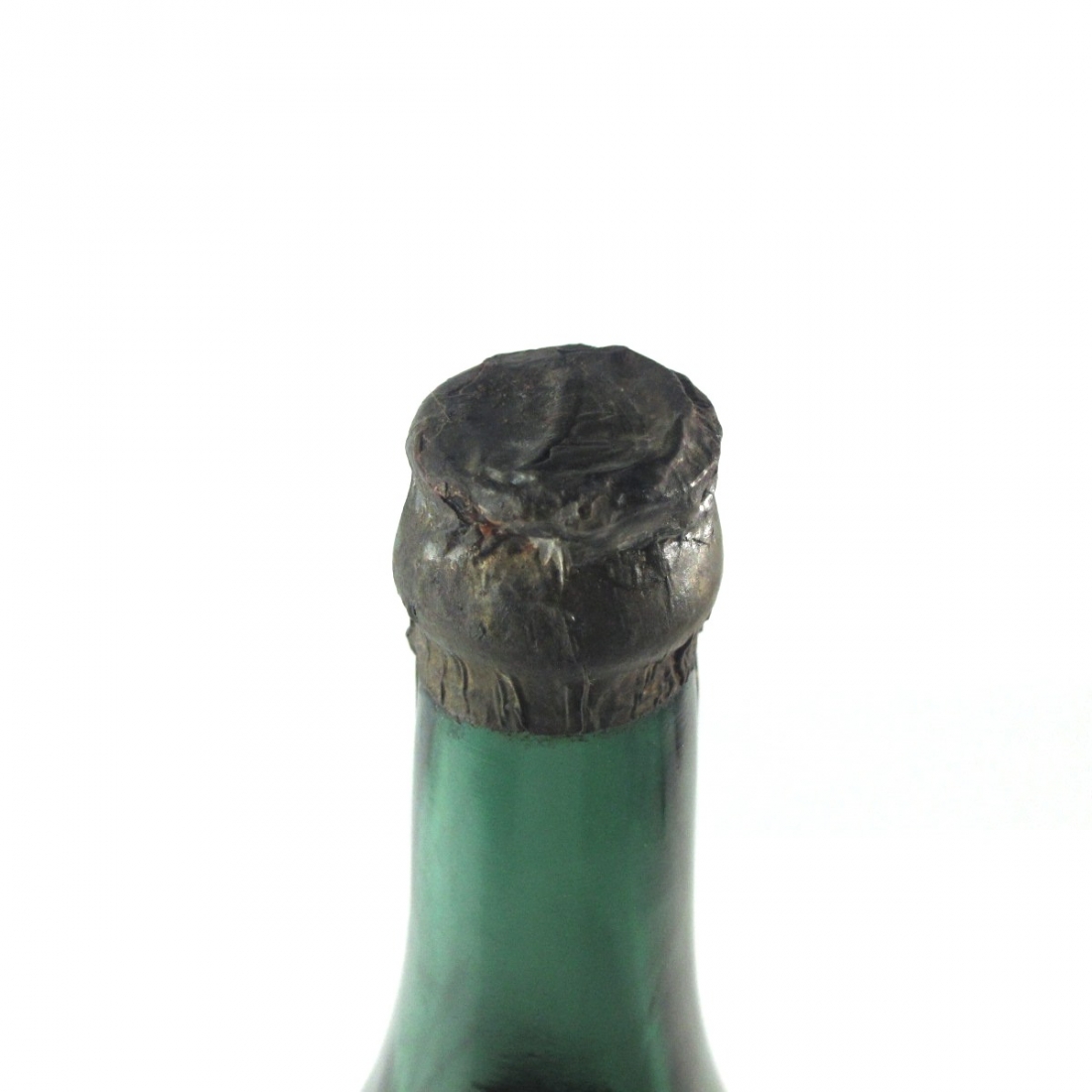 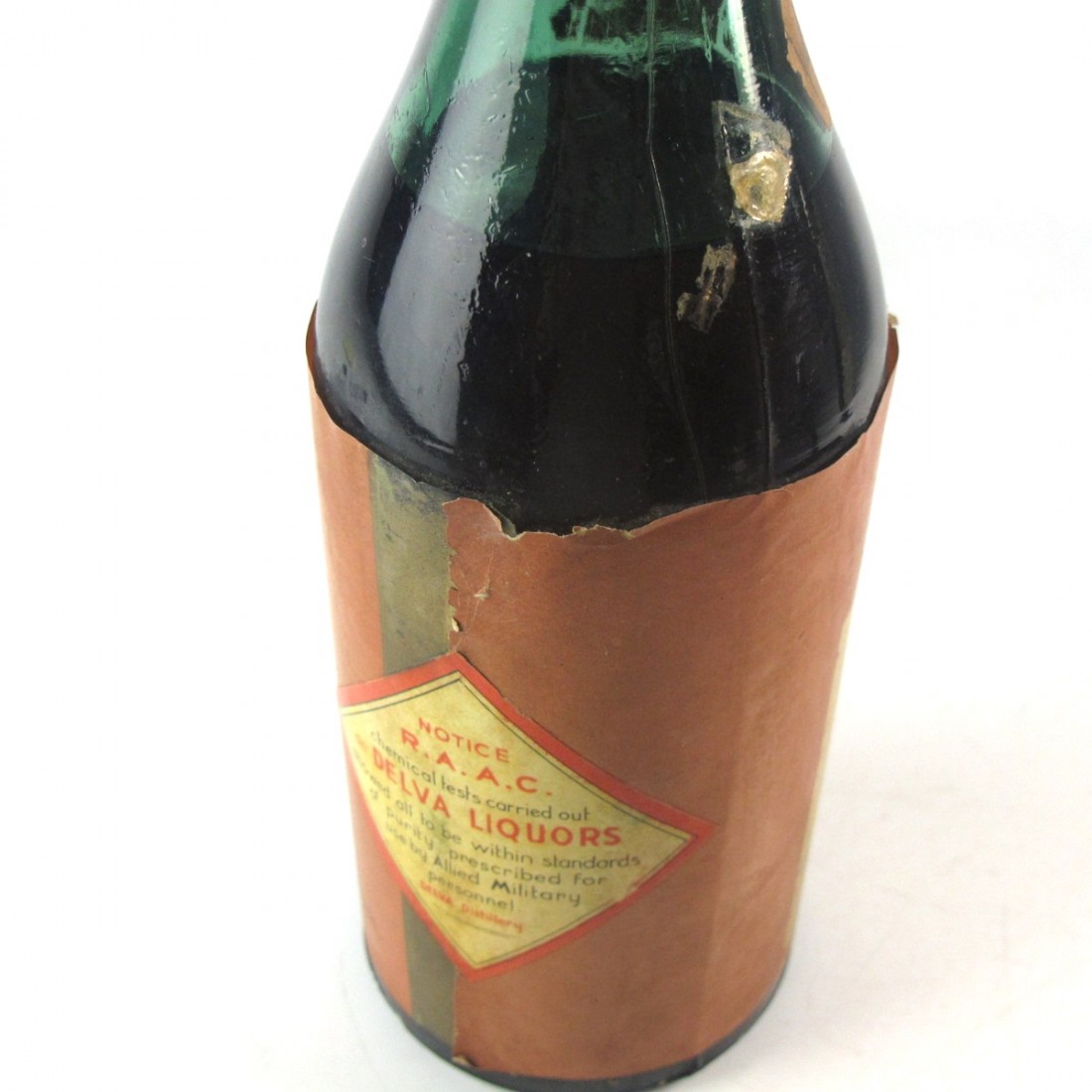 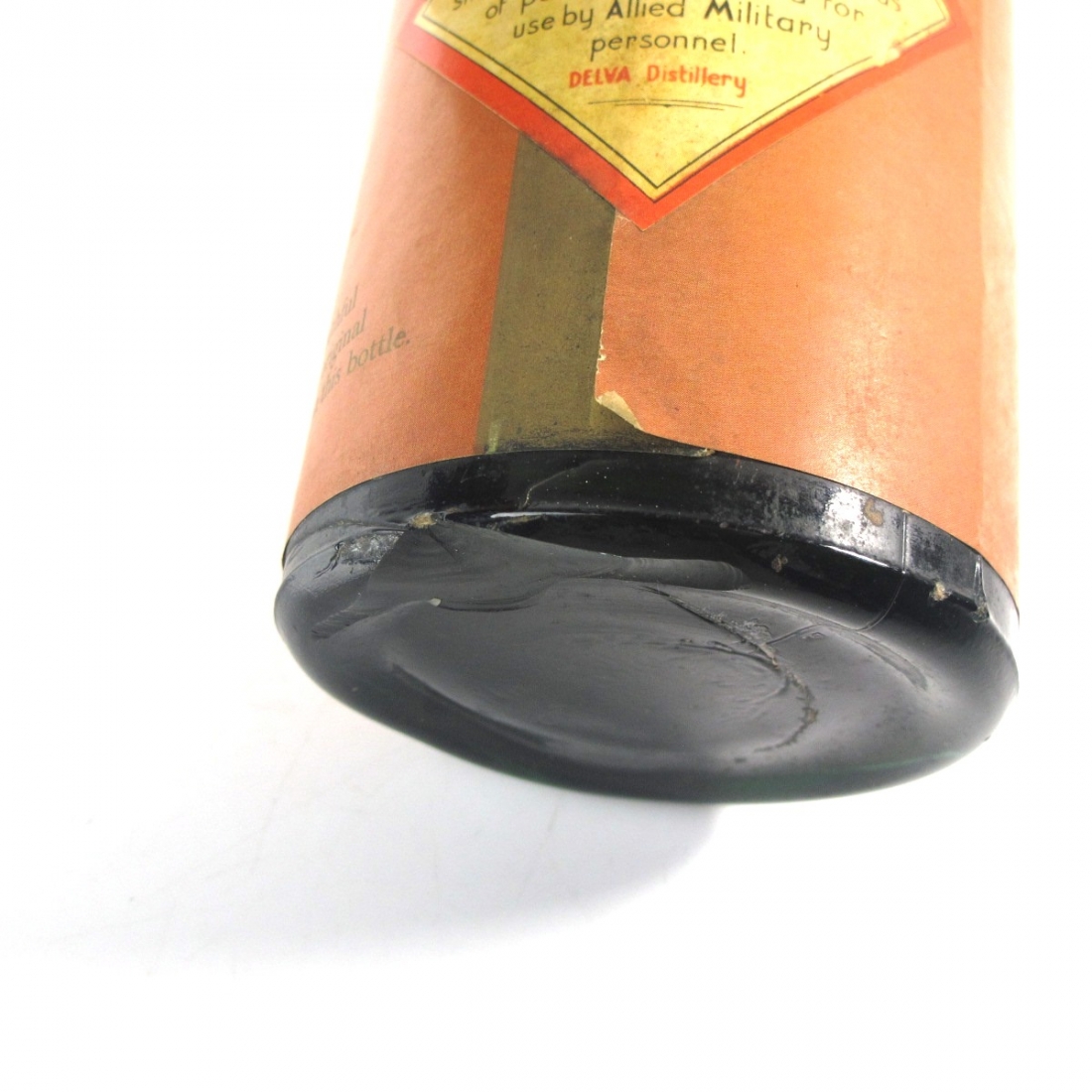 This is a fascinating bottle. The contents of which are some of the near 250,000 gallons of whisky, discovered along with stores of Cognac, Rum and Gin by Erwin Rommel's Afrika Corps in a wine cellar in North Africa during the early stages of World War 2. After sharing the spoils among his men, the remaining casks were shipped to the Italian village of Nettuno, Italy in the holds of Axis ships.The town was then captured by Allied forces in 1944, the alcohol along with it, and US forces ordered it to be bottled at the local Delva Distillery, to be distributed among the troops. The bottles were tested by a long-forgotten Allied Military Government unit called the R.A.A.C. who lablled the them,  "chemical tests carried out on Delva Liquors showed all to be within standards of purity prescribed for use by Allied Military personnel."

After the war the bottles were transferred into the care of the Linz National Customs Forces in Austria where they remained untouched until the 1970's. Then, in early 1976 the Afrika Corps "Lost Liquor" bottles were released, for sale predominantly within US Army Class VI stores. Many  of the bottles had significant damage to the labels, so they were removed and replaced with replicas that looked identical but read, "this is a true and faithful reproduction of the original label-combination on this bottle" (and now bore volume and ABV indicators). The bottles however are still those filled at Delva, and the liquid is still that discovered by the Nazi Afrika Corps forces in the 1940's.

This is a fantastic piece of both whisky and World War 2 history.