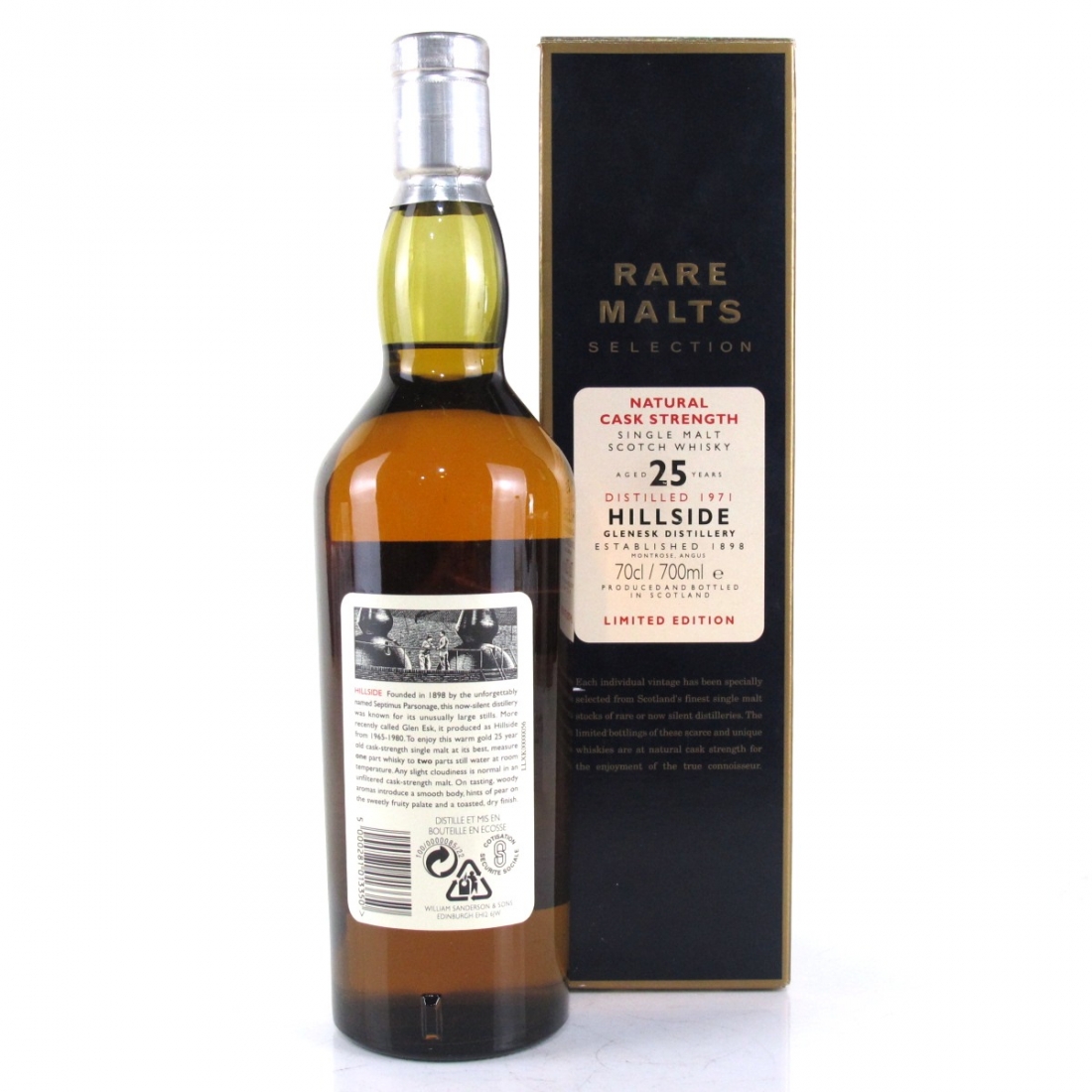 Released within the Rare Malt Selection. Distilled in 1971 and bottled as a 25 year old at 62%. This is from the Glenesk distillery which was also known as Hillside, located in the north east Highlands the distillery closed in 1985 and then officially dismantled in 1997.