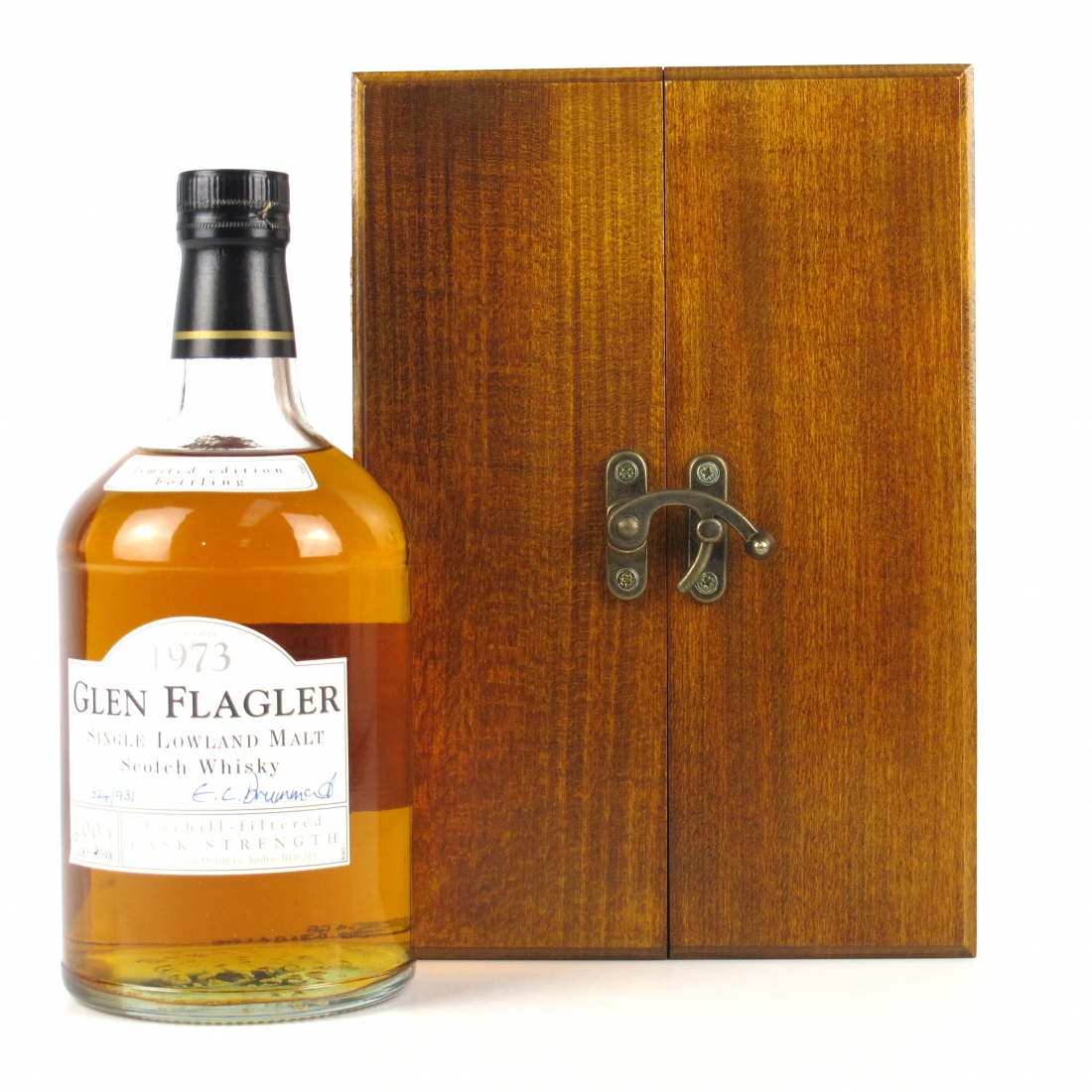 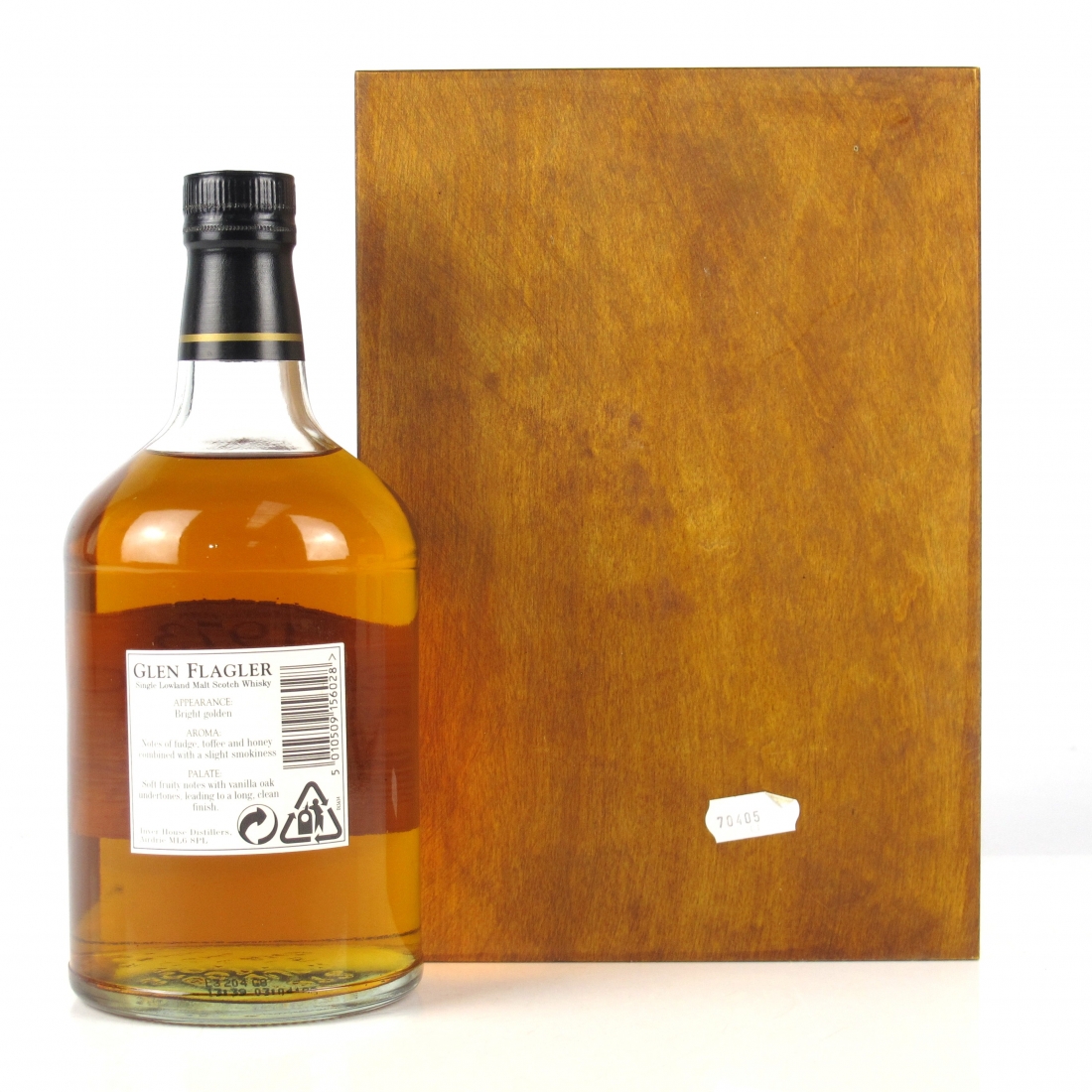 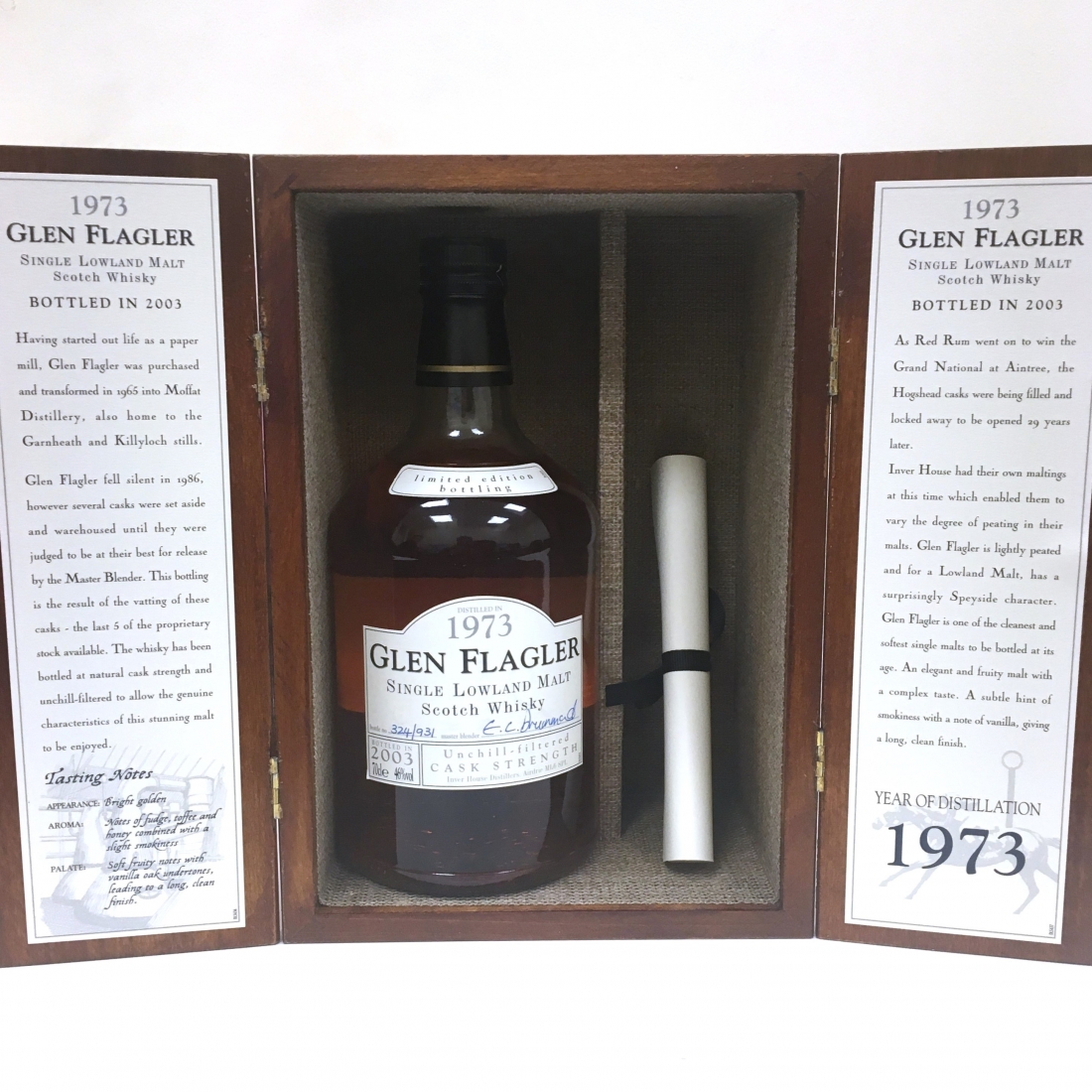 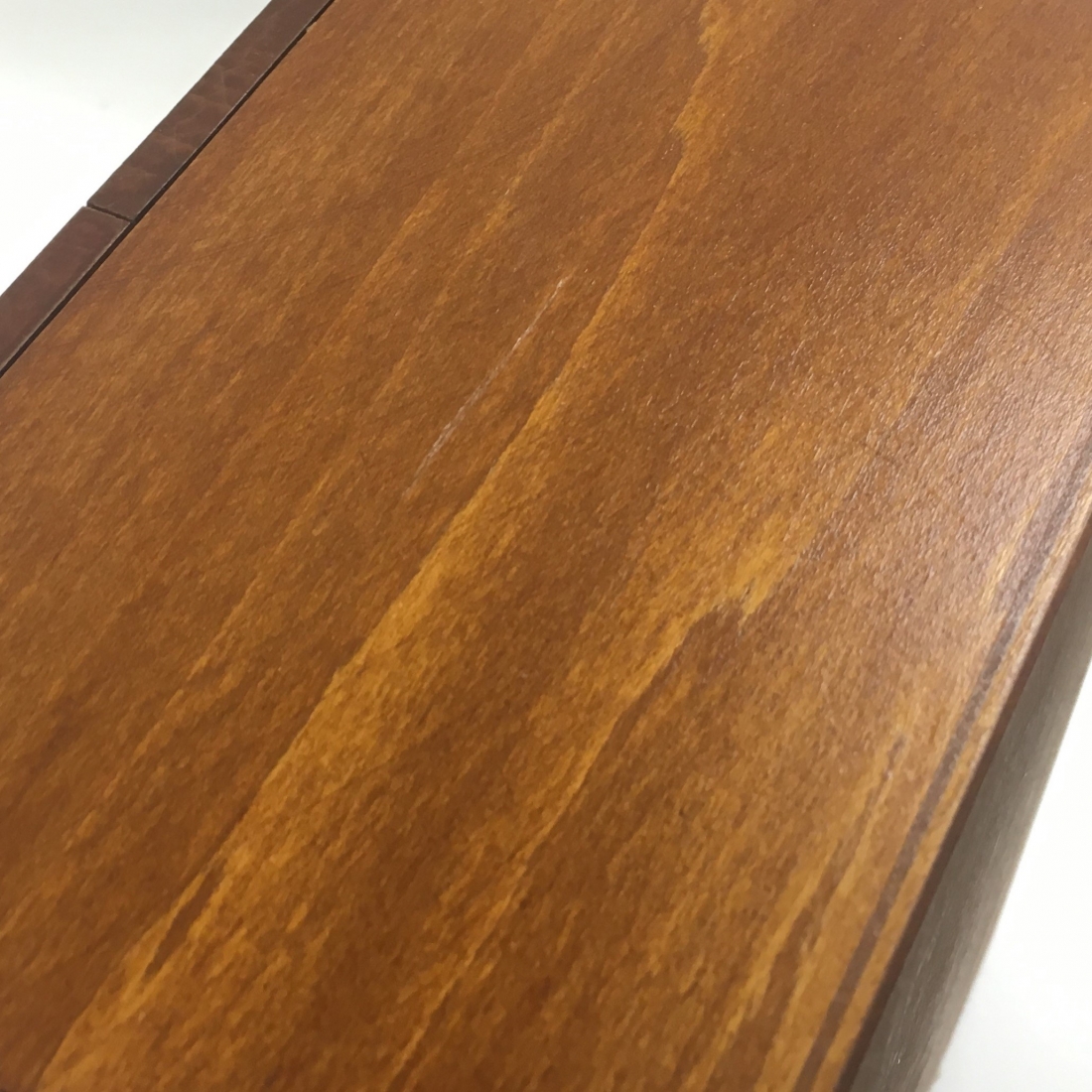 A very rare bottling of this long lost distillery that was once part of the Moffat distilling complex, Glenflagler was produced between 1965 and 1985.

This 30 year old official release from Inverhouses is a combination of the five  last remaining casks of Glen Flagler that belonged to Inverhouse.

Includes a lovely wooden box and certificate of authenticity. Box contains an internal image of racehorse Red Rum, who won the Grand National during the year of bottling.