The best bourbon you’ll never taste? For all of its remorseful tone, this is the book title that has only added to the allure of a whiskey so revered, yet so elusive that it justified both the writing of and reading about something many who do so will never have the fortune to decide for themselves. Why? Simply because the A.H. Hirsch Reserve is legendary, and legends are born through experience but they live on in their stories.

The whiskey was distilled in the spring of 1974 at a distillery in Schaefferstown, Pennsylvania. At the time it was run by Pennco and was named as such, however to many it is better remembered for the name of its flagship brand and subsequent name, Michter’s, or its historic title, Bomberger. Adolph H. Hirsch was best known as a former Schenley executive, however he was also once the proprietor of Bomberger, which he ran alongside two other Pennsylvania distilleries small enough to be legally permitted to make whisky during the second world war. Hirsch, a sentimental and charitable man, is believed to have commissioned the 400 barrels that would later become his namesake bourbon for no reason other than a financial favour to the struggling Pennco at the time. Indeed, he had no plans for the whiskey other than to make his regular warehouse receipt payments on it.

When Michter’s distillery finally closed in 1989, Hirsch was well into his nineties, and rather than engage in exigency of rehoming what no longer served its purpose to him, he instead sought to find a buyer for it. Fearing the arduous task of finding a buyer for what was considered an “over-aged” batch of whiskey, Hirsch was fortunate in that one of his old Schenley contacts called Bob Gottesman knew a man in Kentucky who was looking for exactly that, a certain Gordon Hue.

At the time, Hue was fresh off the back of having successfully helped launch and market the Van Winkle Family Reserve, and was looking for a new supply of well-aged whiskey for his now-expectant customers in Japan. Initially he had concerns over the ability to promote a bourbon from outside Kentucky, however after sampling some of the casks, it was clear to him that there was no cause for alarm. This was something truly special.

The 400 barrel parcel was not something Hue was in anyway set up to receive however, and he turned again to his old friend Julian Van Winkle III, who had just enough space at Old Commonwealth to warehouse a third of it. Gottesman, who owned a wine cellar in Cincinnati, then offered to store the remained in steel tanks to prevent it from ageing in further. The tanks were filled in 1990 when the bourbon was 16, and Gottesman requested no fee for the service other than the promise of the empty barrels to age his sherry.

Now back in business together, Van Winkle and Hue again conspired to create one of the most important brands in the history of American whiskey, the A.H. Hirsch Reserve. For all their success, the Old Commonwealth operation was still small, and Hue’s exports still sporadic. As a result, Van Winkle only bottled the bourbon in small batches, as and when required. Predominantly destined for the Japanese market, there were a variety of presentations at every age-statement between 15 and 20 years old, and even the occasional barrels bottled as other brands, such as Colonel Randolph and Boone’s Knoll. This small-scale setup suited Hue, and when Van Winkle wound up his contract bottling following his partnership with Buffalo Trace, it was clear to him that he would struggle to find a similar arrangement. With the majority of the bourbon still in tanks in Cincinnati, Hue quickly found an interested party to take it off his hands, Preiss Imports in California.

Van Winkle had one final important role to play however, facilitating the bottling of the remainder of the A.H. Hirsch Reserve at Buffalo Trace. This took place in 2003, and through the sprawling distribution network of its new ownership, the bourbon was finally placed onto liquor store shelves in its native America.

Despite its reputation today, it did not immediately fly off the shelves. However, as whispers of its quality intensified over the next decade, the bottles not only rapidly disappeared into bunkers and bellies, but a creeping sense of having missed the party began to manifest in those lucky enough to understand its allure. Suddenly, collectors began to pay increasingly impressive premiums to repatriate the older releases that Japan and Europe had been treated to all those years before. Further to that, it enlightened them to the many other now hugely sought after brands that had followed it over there, names like Very Olde St Nick and Black Maple Hill. The importance of the A.H. Hirsch Reserve in the world of collectible American whiskey cannot and should not be understated. You may never get to try it, but you should know its story. 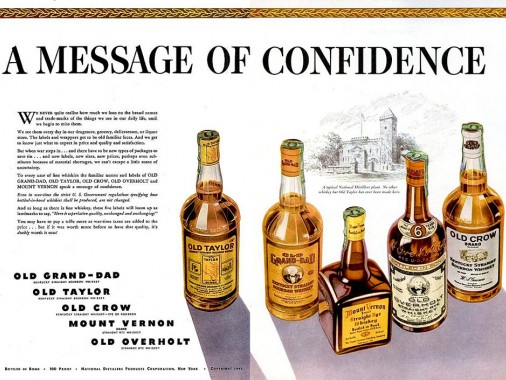 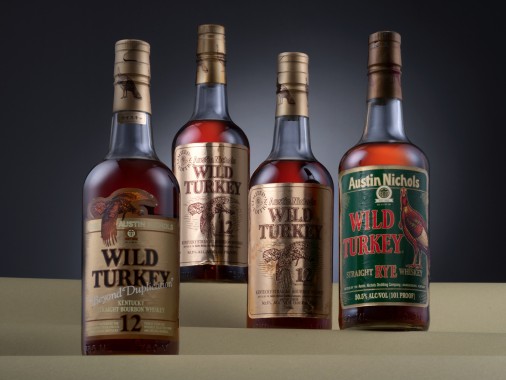