Glasgow, Scotland – At The Beatson West of Scotland Cancer Centre, the parties involved in the Scotch Whisky Industry Charity Auction for Beatson Cancer Charity gathered to mark the success in raising funds and awareness for the charity: The Auction smashed auction estimates by achieving a record-breaking £371,950.

This amount includes the hammer price total, plus 100% of the buyer commission donated by auction host Whisky Auctioneer along with other donations associated with the Auction.

The inspiration and driving force for the auction came from Ian Curle, former CEO of Edrington and former Chairman of the Scotch Whisky Association, who benefited first-hand from the skill and dedication of the clinicians at The Beatson West of Scotland Cancer Centre.

The collection of 103 exceptional whiskies from over 30 different distilleries and independent bottlers encompassed the very best of the Scotch Whisky Industry and generated a significant level of interest globally, with over 4,200 bids placed by 321 bidders from across 35 countries.

Of particular interest were the one-of-a-kind whiskies bottled exclusively for the auction. One of these, the Bunnahabhain 50 Year Old Beatson Sherry Cask No.1 of 1, donated by Distell, is the oldest official bottling ever released by the Islay-based distillery and raised a stunning £12,650 (inc. buyer commission), which is £7,000 more than the previous auction record for an official Bunnahabhain bottling.

A further unique whisky was specially bottled and donated by Ian MacLeod Distillers, representing their first release in their role as new owners of the soon to be resurrected Rosebank Distillery. The Rosebank 1989 Single Cask 29 Year Old #2477 No. 1 of 1 raised £17,600 (inc. buyer commission), over £10,000 more than the previous auction record for an official Rosebank bottling.

Martin Cawley, Beatson Cancer Charity CEO said, “We have been absolutely overwhelmed by the success of this exciting initiative and extremely grateful to everyone involved in making it happen, whether they donated a bottle, helped with the organisation of the auction, or indeed purchased one of the vintage whiskies. Everyone worked together to make this fundraising initiative such a wonderful success. The amount raised exceeded all expectations and we are delighted at the outcome! Our aim is to enhance the lives of people living with cancer and their families by providing practical care and support working closely with our colleagues at the Beatson West of Scotland Cancer Centre. I can assure you this money will make a huge positive contribution to people’s lives.”

Commenting on the auction result, Ian Curle said, “We are delighted with the outcome of the auction, which wouldn’t have been possible without the collaboration of all parties involved. The sum raised is testimony to the generosity and support of my former colleagues and friends across the Scotch Whisky industry. A special thanks must go to Whisky Auctioneer who provided their services free of charge and donated their commissions to Beatson Cancer Charity. We were proud to come together to support the exceptional work of Beatson Cancer Charity which supports people through their cancer journey every step of the way.”

Iain McClune, Whisky Auctioneer Founder, said “We are blown away by the results of the auction and could not be more delighted to see Beatson Cancer Charity receive £371,950 towards their vital work. The Scotch Whisky industry has been unreserved in their generosity, donating some truly incredible whiskies that have attracted interest from around the world, achieving deserved record prices. We are truly honoured to have been asked to host the auction and would like to thank everyone involved in making it such a huge success.”

Karen Betts, Chief Executive of the Scotch Whisky Association, added, “It’s fabulous news that so much money has been raised for the Beatson Cancer Charity through the generosity of the Scotch Whisky industry and Whisky Auctioneer. The industry’s commitment to supporting organisations such as the Beatson in their provision of outstanding support to cancer patients in Scotland is testament to its spirit of generosity and collaboration. Our congratulations go to everyone who was involved.”

The auction ran from 13 September and closed on 23 September.

For more information about the auction or to register to participate in future auctions please visit www.whiskyauctioneer.com

Beatson Cancer Charity supports people and families affected by cancer. From providing wellbeing and patient care services to funding pioneering research and specialist clinical posts, the Glasgow based charity reaches out to cancer patients across the West of Scotland and beyond. Working alongside the NHS and university partners, Beatson Cancer Charity strives to support The Beatson West of Scotland Cancer Centre.

About The Beatson West of Scotland Cancer Centre The Beatson West of Scotland Cancer Centre is an internationally renowned institution, one of the most innovative and modern cancer centres in the world and one of the busiest in terms of clinical activity and patient numbers. Each year The Beatson sees more than 8000 new patients and delivers more than 35,000 courses of chemotherapy and 6,800 courses of radiotherapy.

The Beatson is staffed by some 650 highly skilled and dedicated healthcare professionals across a range of disciplines.

Whisky Auctioneer is dedicated to the valuation and auctioning of fine and rare whiskies. We deal in whisky for the love of whisky, using our passion to support customers in valuing their collection, showcasing their whiskies to a wider audience and connecting it to those for whom whisky is also a passion – whether they be collectors, investors or connoisseurs.

Whisky Auctioneer also looks for opportunities to support those undertaking charitable fundraising through our auctions and this has led to more than £7,000 being generated through auctions for causes including Islay Defibrillators, Street Soccer UK, Logan’s Fund, Leuchie House, the Feis Ile Committee and the Islay Pollinator Project.

Since 2013, Whisky Auctioneer has held regular monthly auctions. Each month our auctions feature over 5,000 whiskies and spirits. With a customer base of more than 30,000 registered users from 125 countries, sellers’ lots are shown to a truly global audience.

Our easy-to-use and responsive site sees 60,000 bids each month.

Our passion for whisky has gained us respect and authority from our customers, leading to world record hammer prices each month.

The Scotch Whisky Association is the trade body for the Scotch Whisky industry. With over 70 member companies, and more than a century's experience of looking after the interests of this iconic industry, the SWA is recognised as one of the leading trade associations in the UK and is a respected and recognised voice in markets around the world.

The SWA strives to deliver the best possible global business environment for Scotch Whisky, in order to ensure Scotch Whisky continues to be the world's premier whisky and consumers' spirit of choice.

To achieve this, the Association works closely with members, with the UK and Scottish governments, international governments, and other partners to shape the future in favour of Scotch. 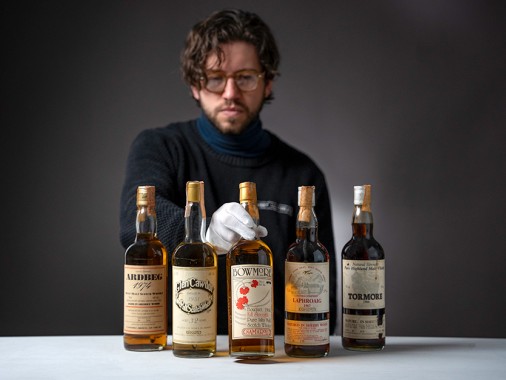 Bidding begins on Part 2 of The Perfect Collection by Mr. Richard Gooding

How to spend over £1m...without even leaving your sofa. 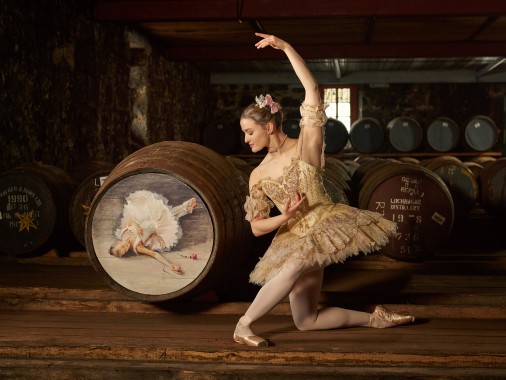