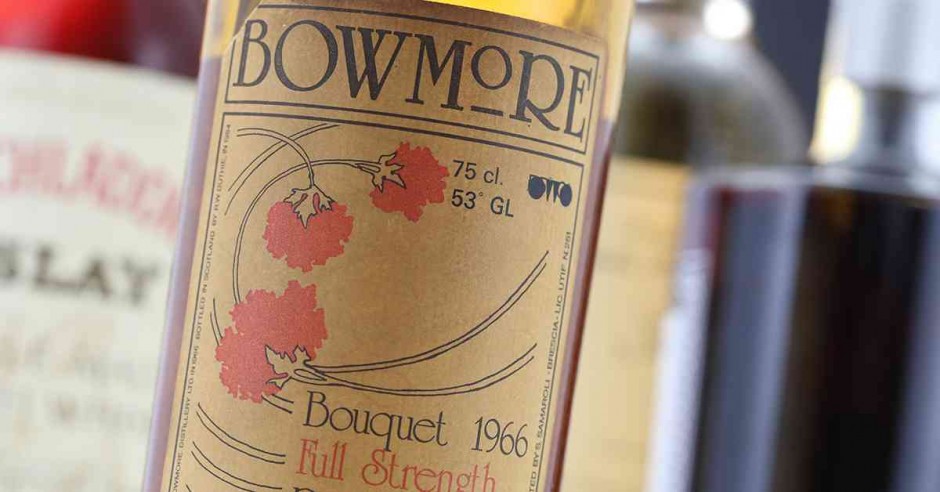 Islay Whisky. Those two words hold a powerful sway over the mind of the whisky lover. Although, in today’s messy whisky culture the reasons are easily obfuscated. Cut away all the long-simmered ‘stuff’ about place and people; memory and allusion; or the cold whitewashed aesthetic of distilleries emerging from the sea. Behind that trimmed fat lies the lean truth to their appeal: peat!

With the evisceration of Campbeltown in the 1920s, the natural home of peat flavour in Scotch Whisky became Islay. At that time peat itself was a far more ubiquitous ingredient in Scottish single malt, but it declined swiftly and by the late 1950s - when examples of single malt you can still taste today with some effort began to be distilled - it was isolated to the saltier fringes of these isles. While Orkney and Skye were home to the great peated makes of Highland Park and Talisker, they were marginally more accessible and existed in a funny kind of proximate isolation to the mainland.

QUILTED WITH PEAT AND SCATTERED WITH INDIVIDUALISTIC DISTILLERIES...

All this left Islay in a unique position, in both physical geography and in the mind’s eye of the drinker. Here was a crooked contortion of granite, jutting cold and awkward, over two hours sailing from the mainland. Quilted with peat and scattered with individualistic distilleries giving clarity of voice to the medical, turfy smoke of that combusted decomposition of sphagnum, seaweed and heather. This is not to say they exhibited terroir. They didn’t. And to a large degree they still don’t. Although, I would say that within this flavour of peat and this Island locale lies an ‘idea’ of terroir that may yet be unpicked. But this is a digression there is neither room nor time for here.

The single malts of this island came to broader public attention in an era when there was little in the way of peaty competition. Few other single malts - save some curiosities that only tended to arise in the consciousness of the more committed drammers - cluttered their domain. Peaty whiskies came from Islay. Laphroaig was the heaviest. Lagavulin the most revered. You loved them or you loathed them. Life was simpler. People used landlines and read newspapers etc… It was a time where, like so many other mediums of culture, popular or otherwise, you could carve out a space and an identity for what you were doing and continue with a reasonable confidence of ownership of that space.

Then the internet happened and of course the rest is quite familiar. Knowledge proliferated, whisky gained in popularity, the flavour of peat became profitable and now every distillery makes some kind of peaty variant. So Islay works double-time to protect and enhance its ‘USP’ - an army of buzzwords, festivities and fruity marketing has been deployed over the years. It accumulates precariously and, along with every one else clamouring for a piece of the whisky pie with similar tactics and tall tales, further smothers the old notion of flavour.

Because that is the great thing about the older Islay whiskies revealed by the rise of the secondary market, almost beyond anything else, it is flavour which has driven their skyrocketing prices. Auctions are a kind of inverted democracy; a ballot of popular opinion on the character and quality of a bottling. A winning bid is forced to its final number up the ladder of other bidders cumulative willpower and desire.

An example such as the Ardbeg 1974 Cadenhead’s 150th anniversary bottling would likely be expensive anyway today as there are plenty folk now chasing this series. But the added weight of the reputation that 1970s Ardbeg carries makes considerable difference. This effect is even more pronounced with the 1965 23 year old Mizuhashi bottling: a whisky of profound directness, structure and power. Ardbeg in the 1960s was drier, lighter in peat intensity but purer in its clean and sinewed manifestation of that flavour. This 1965 from Cadenhead is a kind of perfect counterpoint with the flabbier and more rambunctious 1974 150th anniversary bottling, in that both represent the very pinnacle of their respective decades for Ardbeg.

In terms of pure numbers and hefty prices, no other Islay distillery performs as well as Bowmore at auction these days. There are a few key reasons for this: it released a string of immensely great official bottlings from the 1970s onwards; it has been well represented by the independents as well; and most importantly it is a whisky with a changeable but, at its peak, stratospheric reputation. Like the older Laphroaigs, much of its desirability is expressed through a language of tropical fruit. These startlingly exotic flavours which we have all fallen sway to and waxed lyrical about over the years.

However, it is important to note, with both distilleries, that the fruit side would not be so remarkable without its peaty counterpart. The integration, lightness of touch and woven, almost sociable, ‘networked’ nature of the peat smoke is so distinct and specific to these 1960s Bowmores and Laphroaigs that even on Islay they stand quite considerably apart. Perhaps no bottling better expresses this interplay than the Samaroli 1966 Bouquet. While this is an obvious choice, it’s hard to get around the fact it remains a whisky that can fill a room with sudden, brilliant and numbing shock. A whisky that can stop you dead and lay waste to all manner of opinions and ideas in the process. For a glimpse at the more easy and opulent flip side of this, you could do worse than the 1957 Moon Import bottling, or the 1963 official 30 year old. Both of which are exemplars of the kind of swooning lusciousness that epitomise Bowmore from this era.

To return to the original notion of peat, there’s little else more savagely beautiful and offering such raw, direct potency than the James MacArthur bottling of Port Ellen 12 year old. A bottling that, if nothing else, when tasted alongside such differing drams as a 1979 35 year old Syndicate Lagavulin, or a 1966 30 year old Laphroaig, illustrates just what an incredibly versatile and ingenious ingredient peat actually is for whisky. What else outside the core triumvirate of ingredients offers or creates such a staggering diversity of nuanced flavours?

TOO MANY GREAT ISLAY WHISKIES..

There are too many great Islay whiskies in this sale to comment on them all. We haven’t had time to touch on the Caol Ila 15 year old Zenith import at 57%; the Laphroaig 1973 14 year old from Avery’s or even such underrated gems as the Lagavulin 1988 Moon Import. What unites them all, however, is that they hail from an era where their definition was clearer, uncluttered and characterised in terms of flavour and rudimentary geographic origin.

Arguably auctions are too much about the lens of memory, and about the desperation to relive or reclaim the past. A critique which, in today’s muddled, often truth-starved world where marketing gibberish and ‘story’ reign a little too heavy, probably holds more than a degree of merit. At the end of the day though, it’s Islay, and it’s peat and can anyone really be blamed for loving, desiring and for seeking such great whiskies? 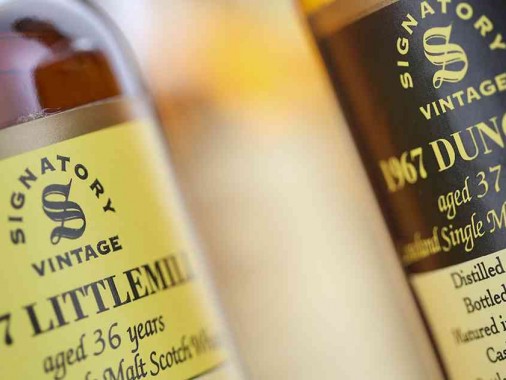 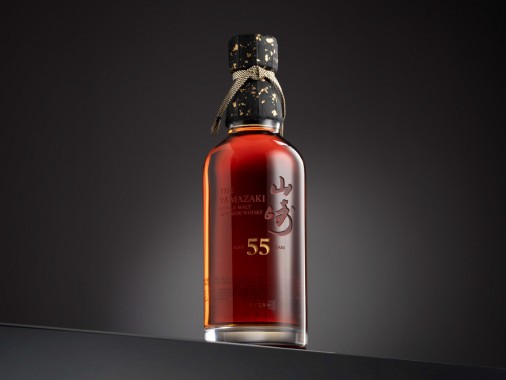 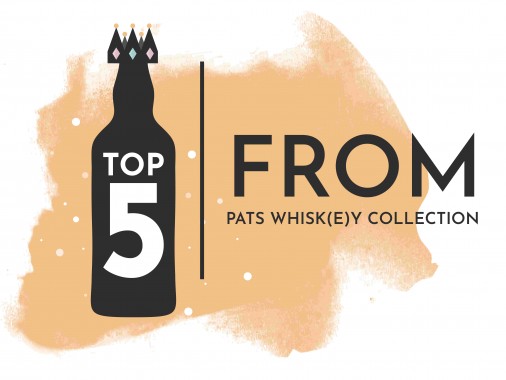 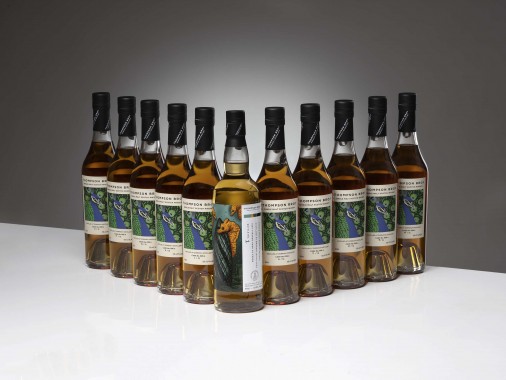 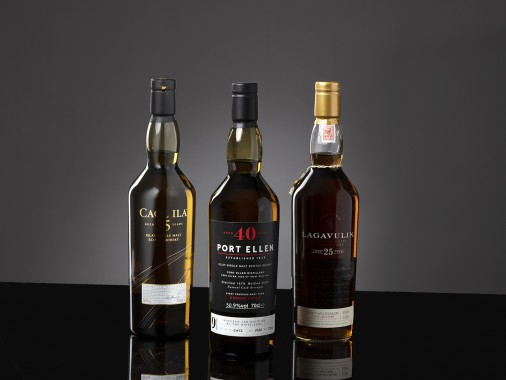 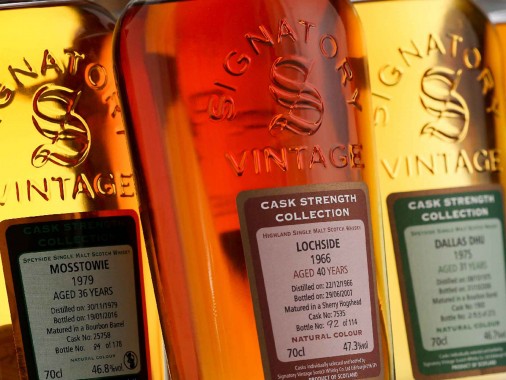