On the northern edge of the Kingdom of Fife lies the small, picturesque town of Newburgh. It is within this idyllic homespun village that you will unearth a whisky treasure, the ancient Lindores Abbey.

Whisky owes its origins to the Tironensian monks that lived at Lindores Abbey, or the ‘Church by the Water’, over half a millennium ago. The tale goes that in 1494 Friar John Cor of Lindores Abbey in Fife paid duty on eight bolls of malt to make aqua vitae (now known as whisky) for King James IV.

To Brother John Cor, 8 bolls of malt, wherewith to make aqua vitae for the King.

This entry is recognised as the first written evidence of the production of whisky in Scotland and has established Lindores Abbey as a vital place of global whisky heritage.

Lindores Abbey Distillery makes history come alive, reviving the sites distilling over 520 years later. A vision almost unchanged from the moment Drew and Helen McKenzie-Smith made the first steps of their long-held dream a reality, the distillery opened in 2017 taking inspiration from great Scottish distillers past and present. The whisky produced by Lindores Abbey will be shaped by the Tironesian monks who settled there some 800 years ago. Water is drawn from a borehole near the distillery, in order to draw from the same supply used in 1494. Barley is grown locally in Fife; since 2019 they have introduced the Concerto strain of barley grown on neighbouring farms which would have originally been abbey lands.

Lindores Abbey use traditional wooden washbacks as they believe they impart more flavour to their spirit and have three Forsyths copper pot stills: one large wash still and two smaller spirit stills (named Gee and Poppy after Drew and Helen's daughters).

The Lindores Abbey still shape and wood recipe are just as were advised by the renowned late distilling consultant, Dr. Jim Swan, who assisted in pioneering the return of Scotch Whisky to Lindores Abbey before his passing in 2017.

In February 2020, Lindores Abbey was awarded the prestigious accolade of Best in Scotland at the World Whiskies Awards for their New Make Spirit. 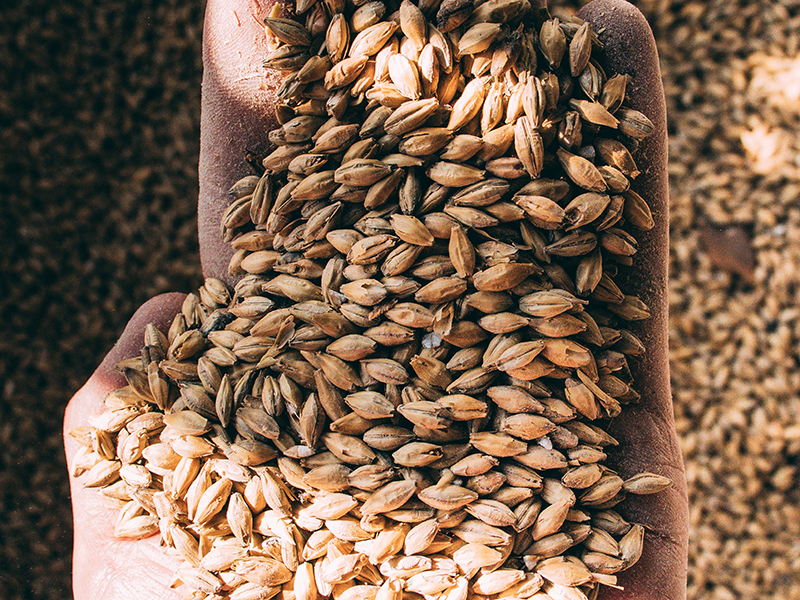 For whisky makers, location matters. Cask filling and maturation at Lindores Abbey distillery happens onsite in their purpose-built dunnage warehouse which is partly heated to increase the rate of maturation.

Lindores Abbey fill 3 staple casks - Old Forrester Bourbons, Sherry butts and STR’s from Miguel Martin in Spain. However, they have also sourced an unusual range of casks to experiment with the flavour and character of their whisky, including what are thought to be the first Australian Wine Barrels to ever be brought into Scotland.

The first casks were filled with spirit and laid down to mellow and mature on 20th December 2017, meaning that in just nine months Lindores Abbey will be able to legally call their spirit Scotch Whisky.