Malts of Scotland is a German independent bottler, founded in 2005 by whisky enthusiast and connoisseur, Thomas Ewers.

Thomas Ewers passion for whisky is owed to a vacation in 2003 during which he enjoyed his first single malt whisky. It was not his first dram that tipped the scales, but rather his second. At a fine London restaurant in late November, Ewers decided to round-off his evening with a Scotch whisky. When presented with the whisky menu, he was puzzled to not find Johnnie Walker, Ballantine’s or Chivas. The waiter explained that their shelves were dedicated to single malt whiskies rather than blends and recommended a 10 year old Aberlour. From that moment, Thomas’ fascination and fervour for single malt whisky was ignited. He set out on a journey to get to know the spirit and engrossed himself in every aspect of the industry. His natural talent and incredible palate then set him on a professional mission.

Over time and many trips to Scotland, Ewers developed close relationships with a number of distilleries. On his visits he would try their whiskies, select them and if he believed them to match his exacting standards, they would be bottled and imported to Germany for sale under The Malts of Scotland label. Today, Ewers has several thousand casks in Scotland alongside a variety of other world whiskies stored in his retail store in Paderborn, Germany. The company also bottles rum through its Isla del Ron brand.

Not only is Ewers involved in selling whiskies, but he also regularly travels the world to host tastings, sharing his knowledge and love for the spirit. These tastings are often sold out months in advance and are held in front of extraordinary audiences as they have become renowned worldwide within the whisky scene. He has also travelled to Los Angeles and held private tastings for American producer and founder of the LA Whiskey Society, Adam Herz.

In 2012, Ewers also began distilling his own whisky “The Westfalian” after partnering with neighboring German distillery, Northoff. Their master distiller, Wilhelm Northoff, learned and honed his distilling craft in Scotland which particularly compelled Ewers to the distillery. In 2015, their first German single malt whisky was bottled and today they produce a variety of different styles including grain whiskies and liqueurs.

In 2016, Thomas Ewers was awarded the privilege of becoming a Keeper of the Quaich. The Keepers of the Quaich are an exclusive and international society that recognises those that have shown outstanding commitment to Scotch Whisky. Ewers was recognised as “one of the leading voices of Scotch whisky in Germany”.

Malts of Scotland bottle a series of unique bottles, each selected in accordance with their motto – “every bottle a benchmark”. One of their most popular series is Warehouse Diamond, a premium range of the real whisky diamonds that define the Scottish art of distilling. In addition to their Diamond label, is their Warehouse Range (only available to purchase from their shop in Paderborn), Amazing Casks (defined as: very exclusive, very rare and really individual) and their Standard Range, which for a multi-award winning “Independent Bottler of The Year” is of course more than just ‘standard’ and as always bottled without colouring or chill filtration. Malts of Scotland also feature many other unique ranges including whiskies from around the world. 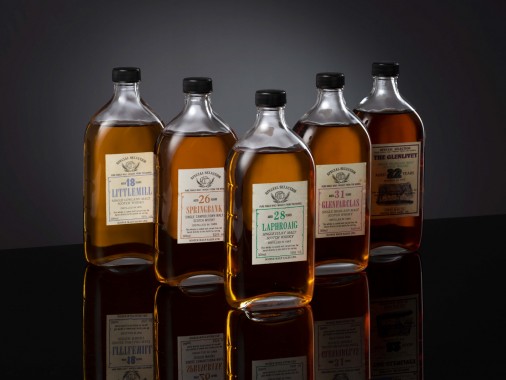