The Pappy Van Winkle releases, along with the Buffalo Trace Antique Collection are now the biggest events on the bourbon calendar. The collection, released annually in October boasts the classic Old Rip Van Winkle 10 Year Old and the Van Winkle 12 Year Old Special Reserve. Bearing Pappy’s name are a 15 and 23 year old expression, sandwiched either side of the legendary 20 year old which cemented the brand’s legacy when it received an unprecedented score of 99 at the Beverage Testing Institute in 1996.

2018 also saw the return of the much-loved Van Winkle Family Reserve Rye. With the original batch finally depleted in 2016, this was notably absent from the 2017 releases. Actually a 19 year old Medley produced whiskey for many years, 2018 saw a Buffalo Trace-distilled 13 year old rye released under the Van Winkle banner for the first time.

Pappy-Mania is back! Much to the delight of Bourbon fans worldwide, the 2020 line-up from Buffalo Trace features the regular culprits from Pappy Van Winkle and Old Rip Van Winkle (five Bourbon's and one Rye whiskey total). Read the full 2020 Pappy Van Winkle line-up here.

The bourbon world is awash with products named after some of Kentucky’s most prodigious sons, from George T. Stagg to E.H. Taylor Jr, but none are as sought after as those bearing the name of Pappy Van Winkle.

In the latter part of the 19th century, a young charismatic Julian ‘Pappy’ Van Winkle began working as a salesman for liquor wholesaler, W. L. Weller and Sons. Fast-forward to 1910 and this young man was now owner of the company and in the process of acquiring the revered A. Ph. Stitzel distillery. A.Ph. Stitzel and W. L. Weller and Sons kept each other in business during National Prohibition, the former owning a license to produce medicinal whiskey, and the latter with an important distribution network earned through unwavering trust in its owner and his unending crusade to bottle only the finest whiskey.

The repeal of Prohibition allowed the two companies to formalise their partnership in 1933, and they opened a brand new distillery, Stitzel-Weller. Even as a distiller, Van Winkle’s desire for quality came before all else, and the distillery famously still displays a sign at its gates reading, “We make fine bourbon. At a profit if we can, at a loss if we must, but always fine bourbon.”

When Pappy passed away in 1965, his son and grandson had already began lovingly following in his footsteps. Beginning in the 1970s, they bought up their old bourbon from the now sold Stitzel-Weller distillery, once reserved for Pappy’s beloved Old Fitzgerald label, and for the first time bottled it under the family name.

In 2002, their stock was running thin, so Pappy’s grandson, Julian Van Winkle III, reached an agreement with Buffalo Trace to begin producing their bourbon there. A match made in heaven given the historic distillery was already producing the family’s old W.L. Weller brands there. 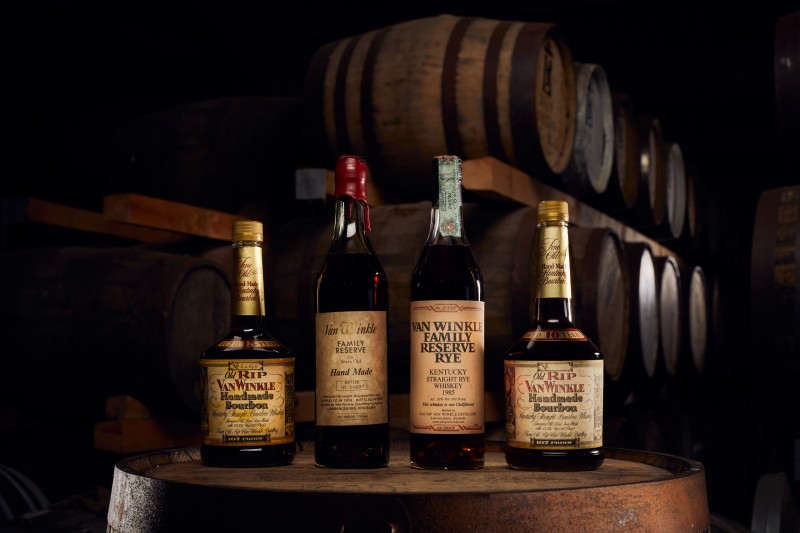 How To Bid & How To Sell