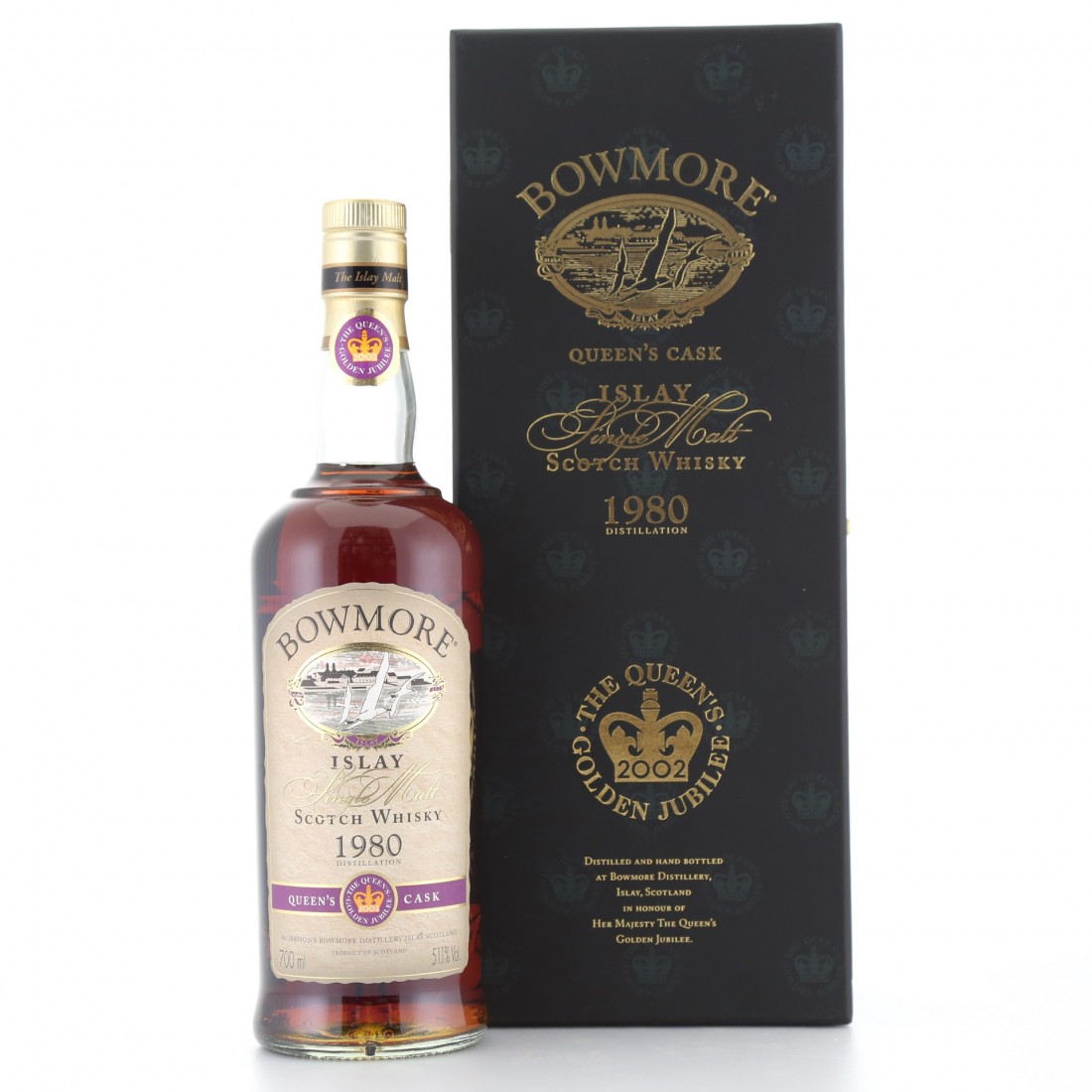 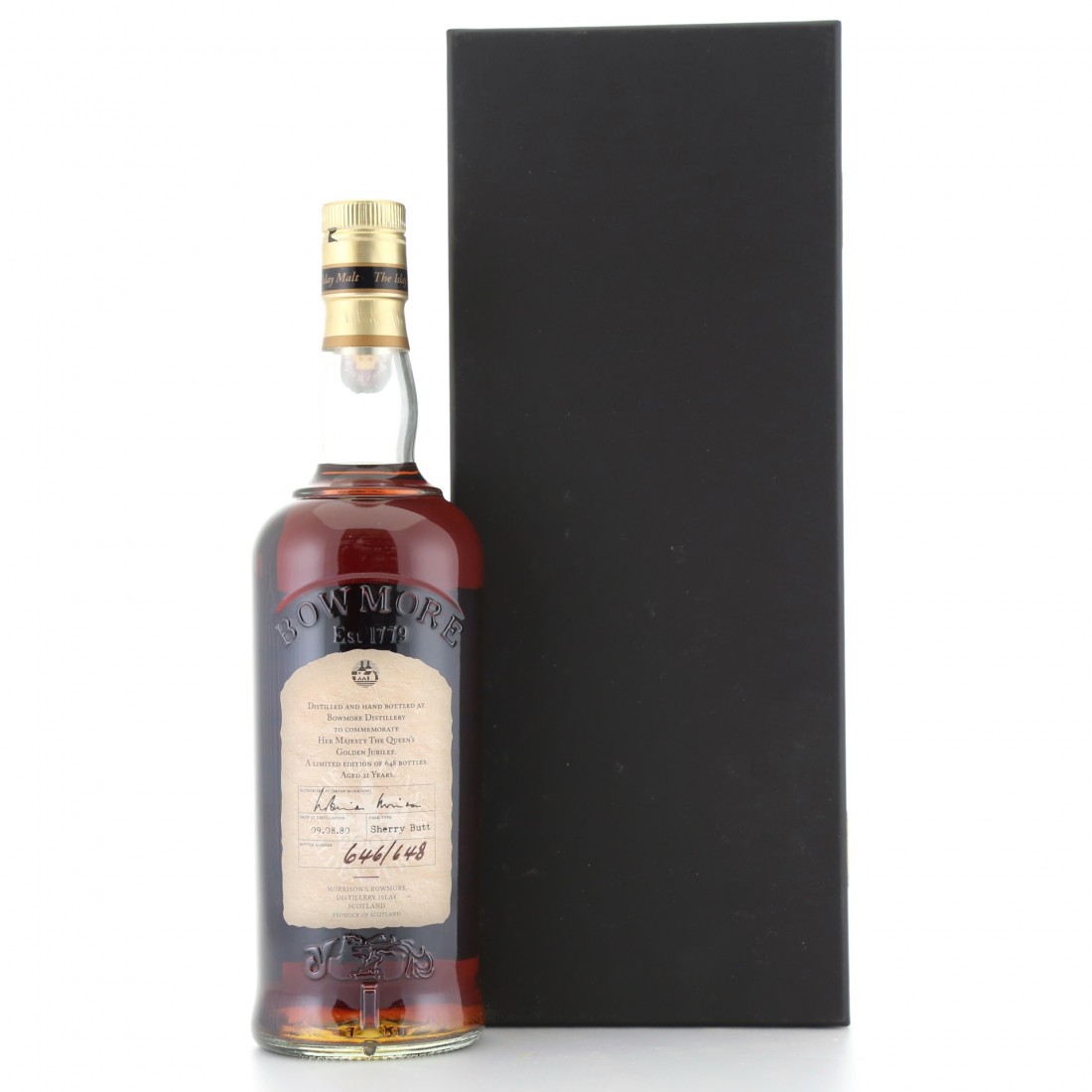 Bottled from the Queen's Cask, a sherry butt filled in 1980, to commemorate her Golden Jubilee in 2002. The Golden Jubilee celebrations mark the 50th year in a monarch's reign.

"In 1980 a cask of whisky was filled to commemorate Her Majesty the Queen's visit to Bowmore Distillery on the Isle of Islay. In 2002, Her Majesty requested that the cask was bottled to mark the Golden Jubilee. A select number of bottles were delivered to various Royal Palaces and a small few into the archive of Bowmore Distillery. To date only ten bottles have been seen at auction, making this one of the rarest and most collectable whiskies in the world."