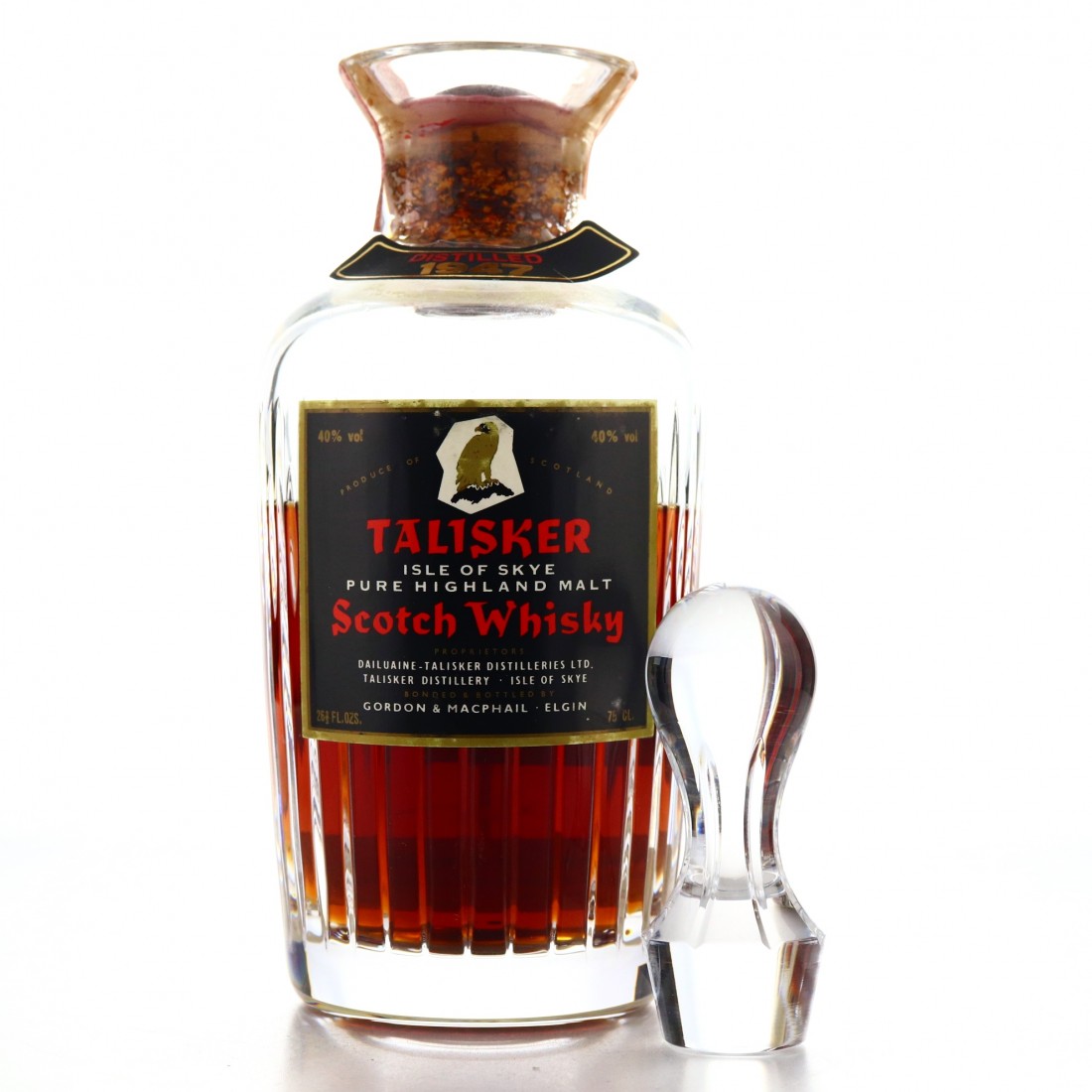 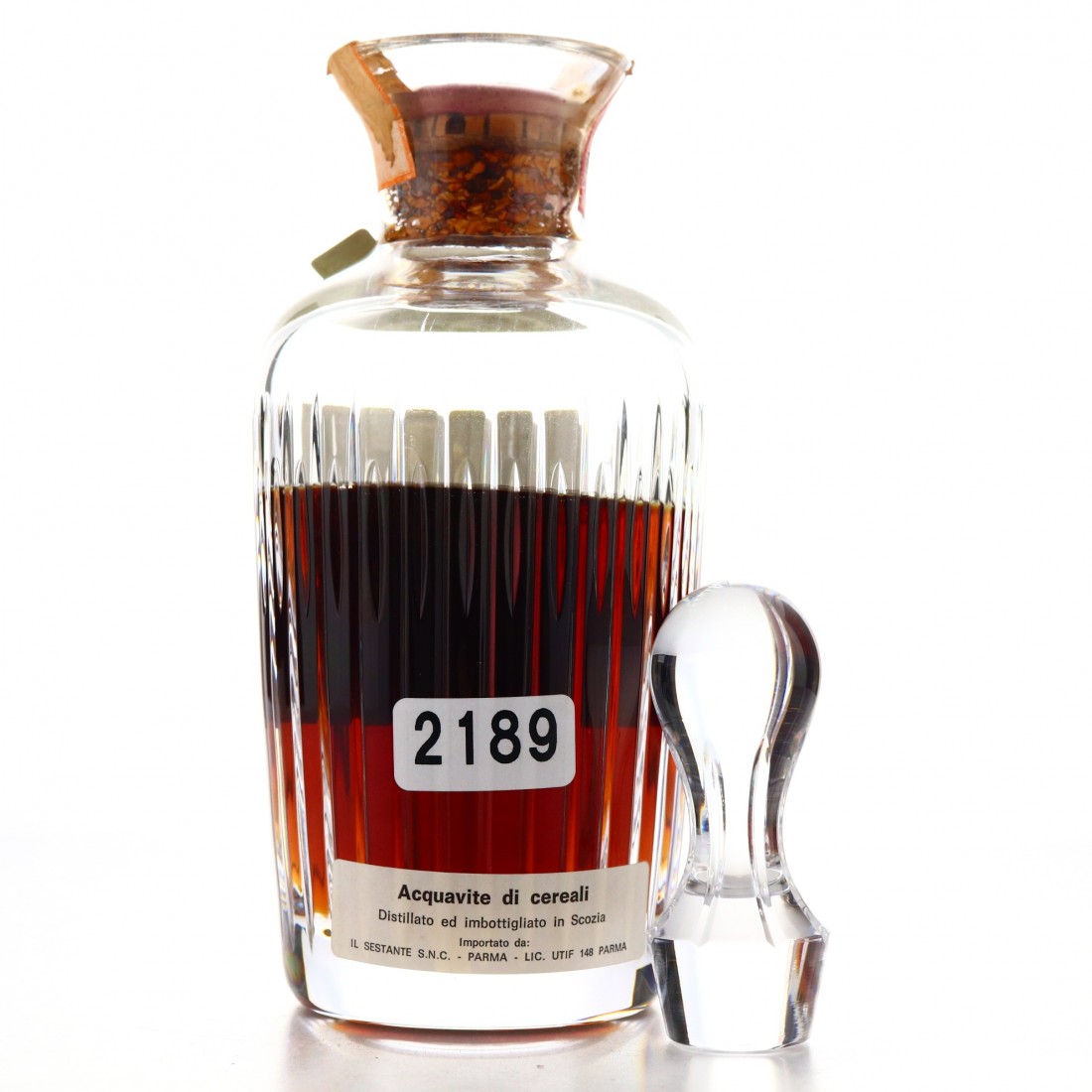 Although their access to casks of Talisker has dried up in recent years, Gordon & MacPhail regularly bottled these "eagle label" releases through the 1970s and 1980s. These are regarded as being of exceptional quality, and are highly sought after.

This 35 year old is a 1947 vintage, produced for the Sestante Import company. Ernesto Mainardi was a former employee of Co. Import, Pinerolo, and was inspired to bottle these crystal decanters based on similar bottlings of Macallan that they had produced. The Sestante decanters were Edinburgh crystal, and Mainardi estimates he produced around 3500 of these over the years.