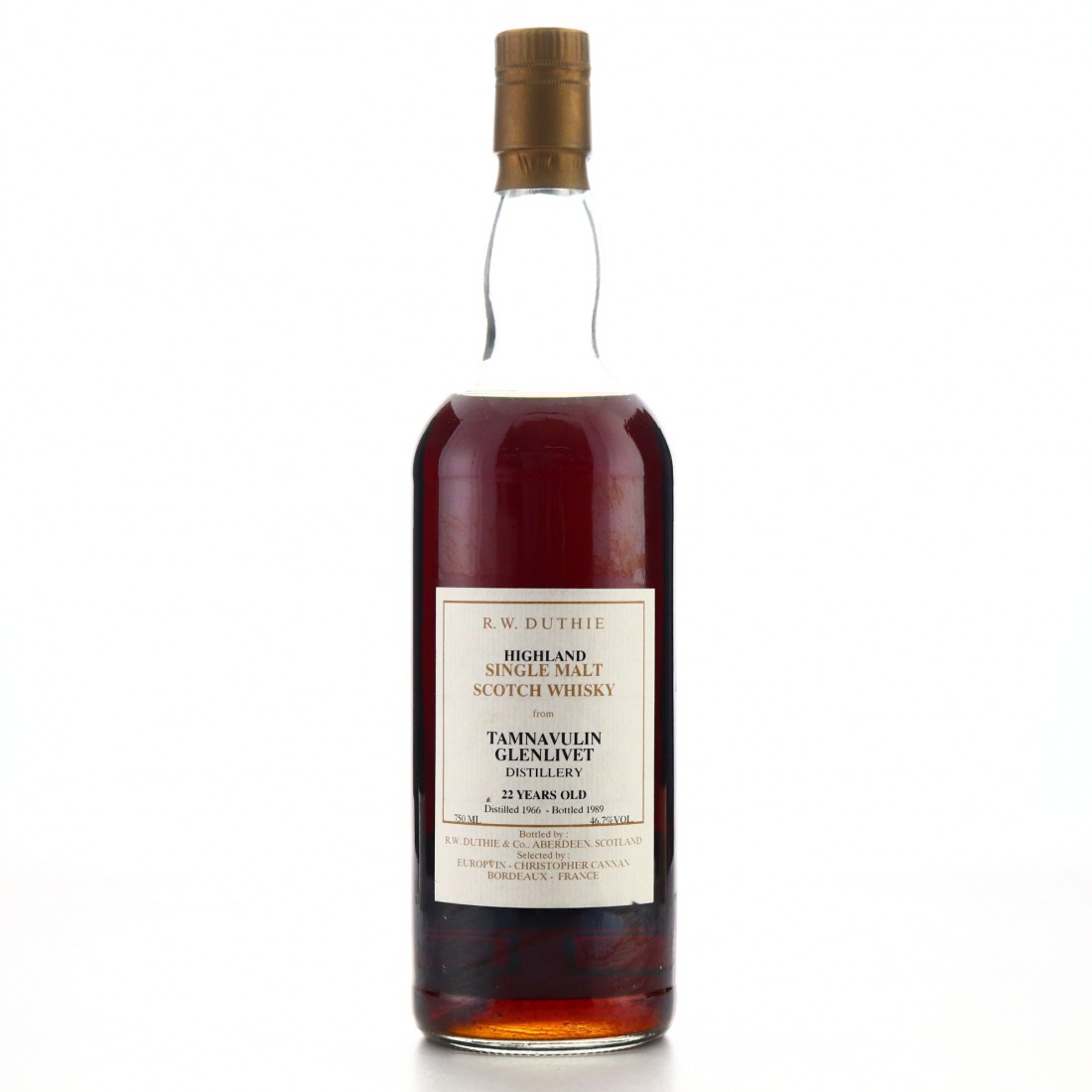 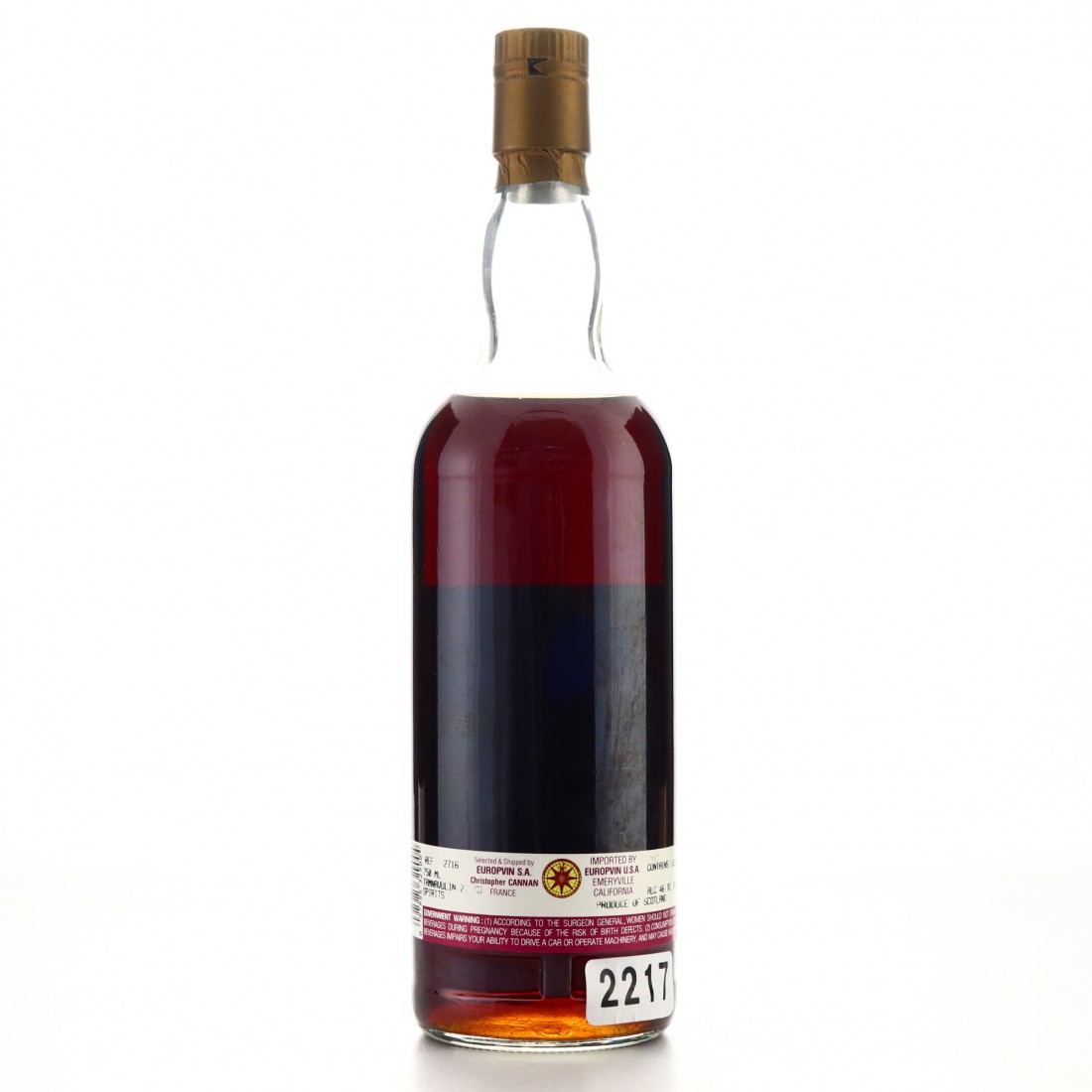 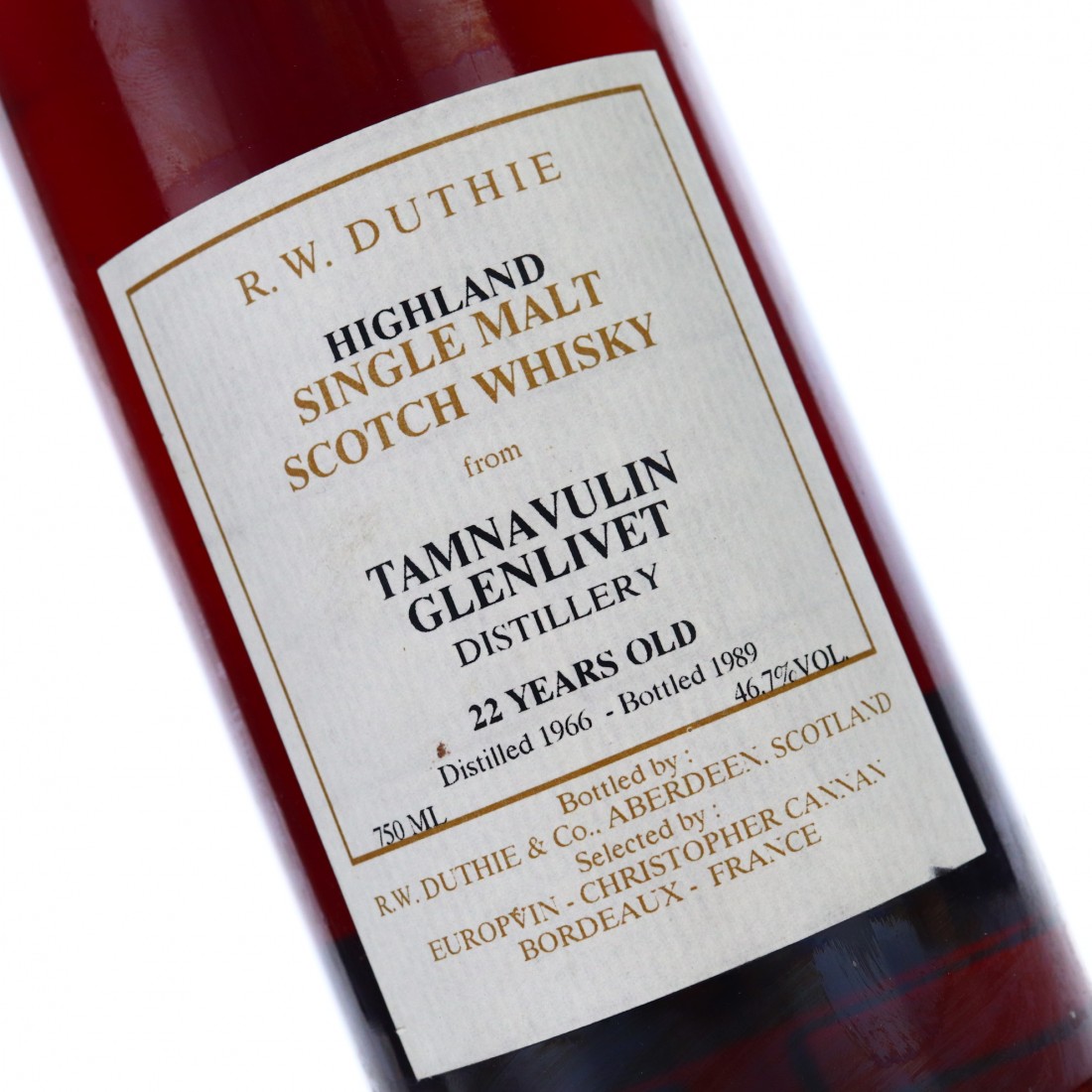 Tamnavulin distillery was opened in 1966 by Invergordon Distillers as a response to the increasing demands for their blends, and such provision has always been the distillery's focus. Despite this, Invergordon Distillers were always interested in bottling their single malts, and Tamnavulin was no different. They even boasted the legendary Moon Import are their Italian agents in the later 1980s. When Invergordon were bought over by Whyte & Mackay in 1995, the distillery was mothballed, but eventually re-opened in 2007. It now has a more prominent range for its single malt brand and earlier bottlings, even from independents are becoming something of a rarity.

Distilled in 1966 and bottled at 22 years old. The sought after series also incudes a Bowmore, Glenlivet and a Rosebank.