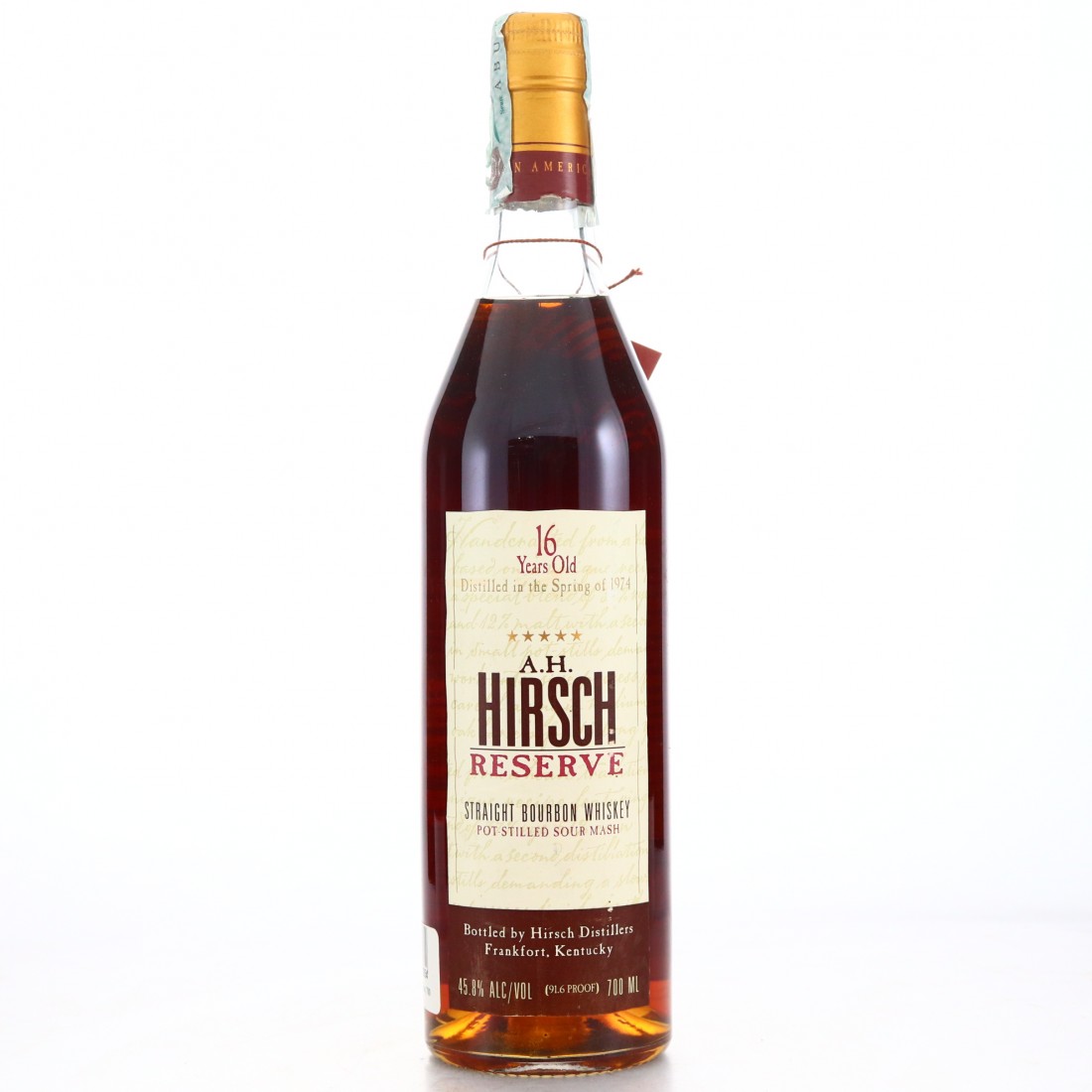 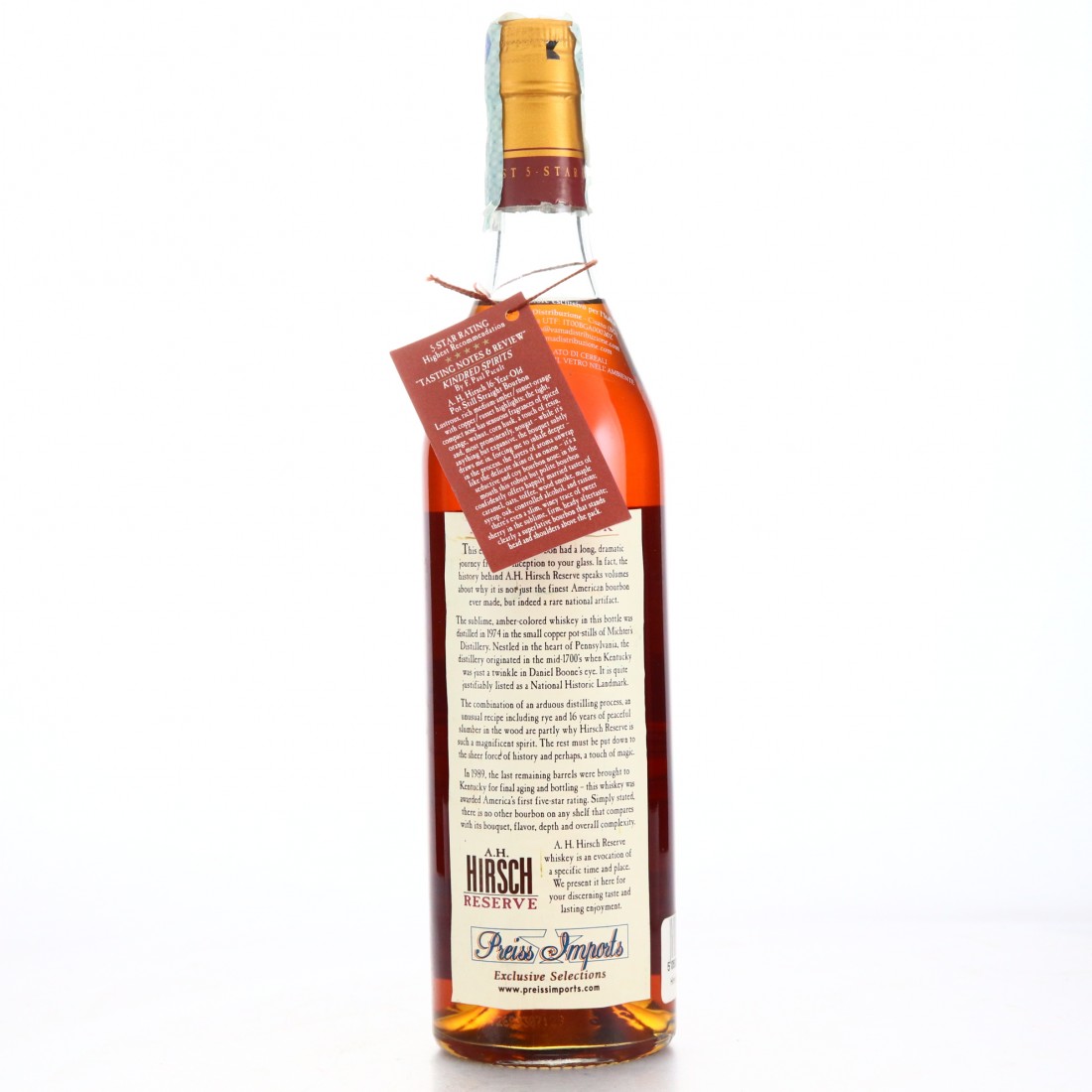 Distilled in Spring 1974, this bourbon is bottled from a single 400 barrel batch commissioned by Adolph Hirsch and distilled under contract at Michter's distillery (then known as Pennco), just outside Schaefferstown, Pennsylvania. Hirsch was a former Schenley executive who had briefly worked at Michter's during his time there, and it is believed he commissioned the whisky as financial favour to the distillery, and actually had little plans for its use. So, it lay ageing in the warehouses for much longer than generally expected for a bourbon at the time.

With the closure of Michter's distillery, the bourbon was sold by Hirsch to Gordon Hue in 1989, who set about bottling it immediately.

Responsibility for the early bottling was entrusted to Julian Van Winkle III at his Old Commonwealth site in Lawrenceburg. However, his partnership with the Sazerac Company and creation of the Pappy Van Winkle brand in 2002, also saw bottling of the Hirsch Reserve moved briefly to Buffalo Trace. This is one of the Buffalo Trace bottles, filled in 2003 for the new owners of the Hirsch Reserve, Preiss Imports, who purchased it from Gordon Hue that year.