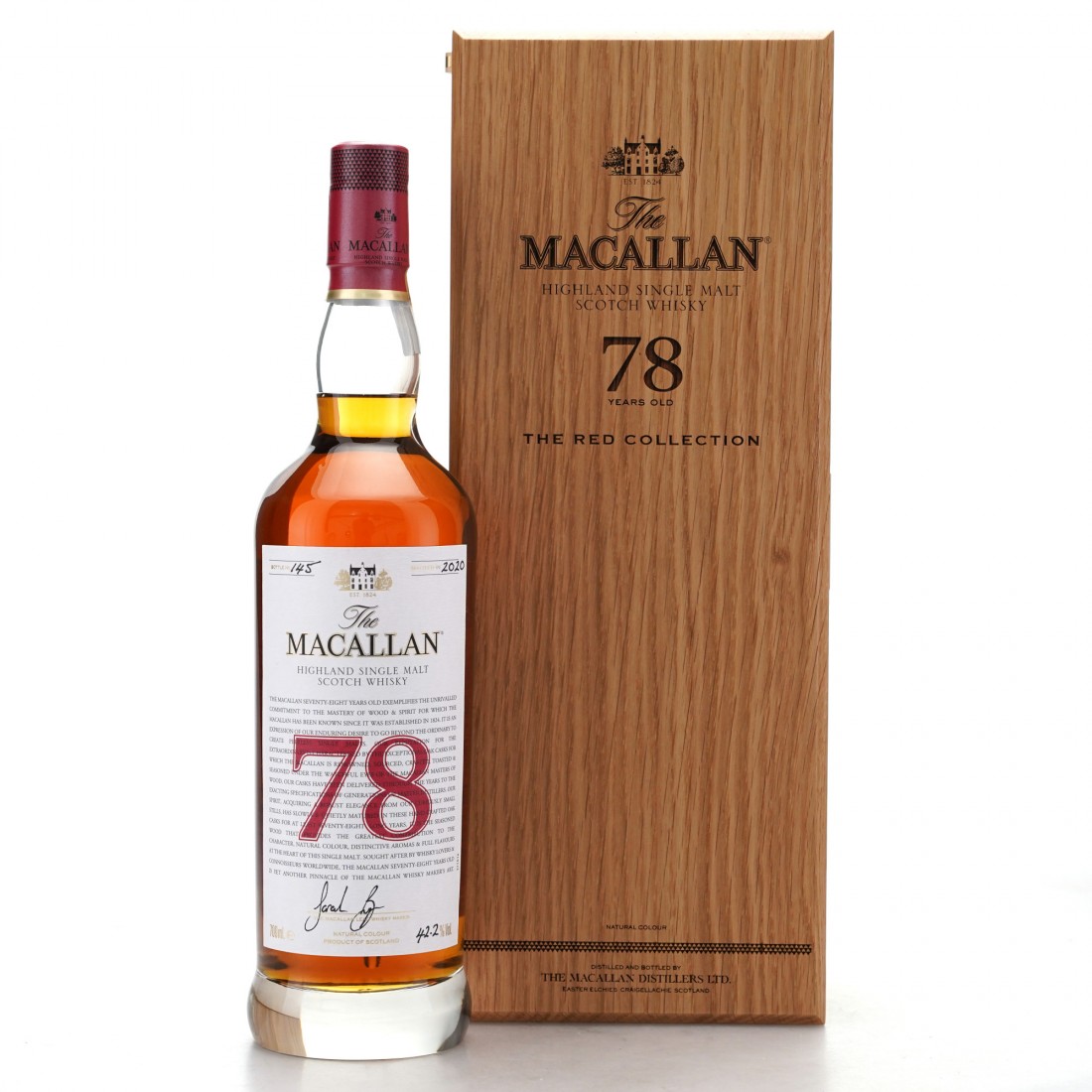 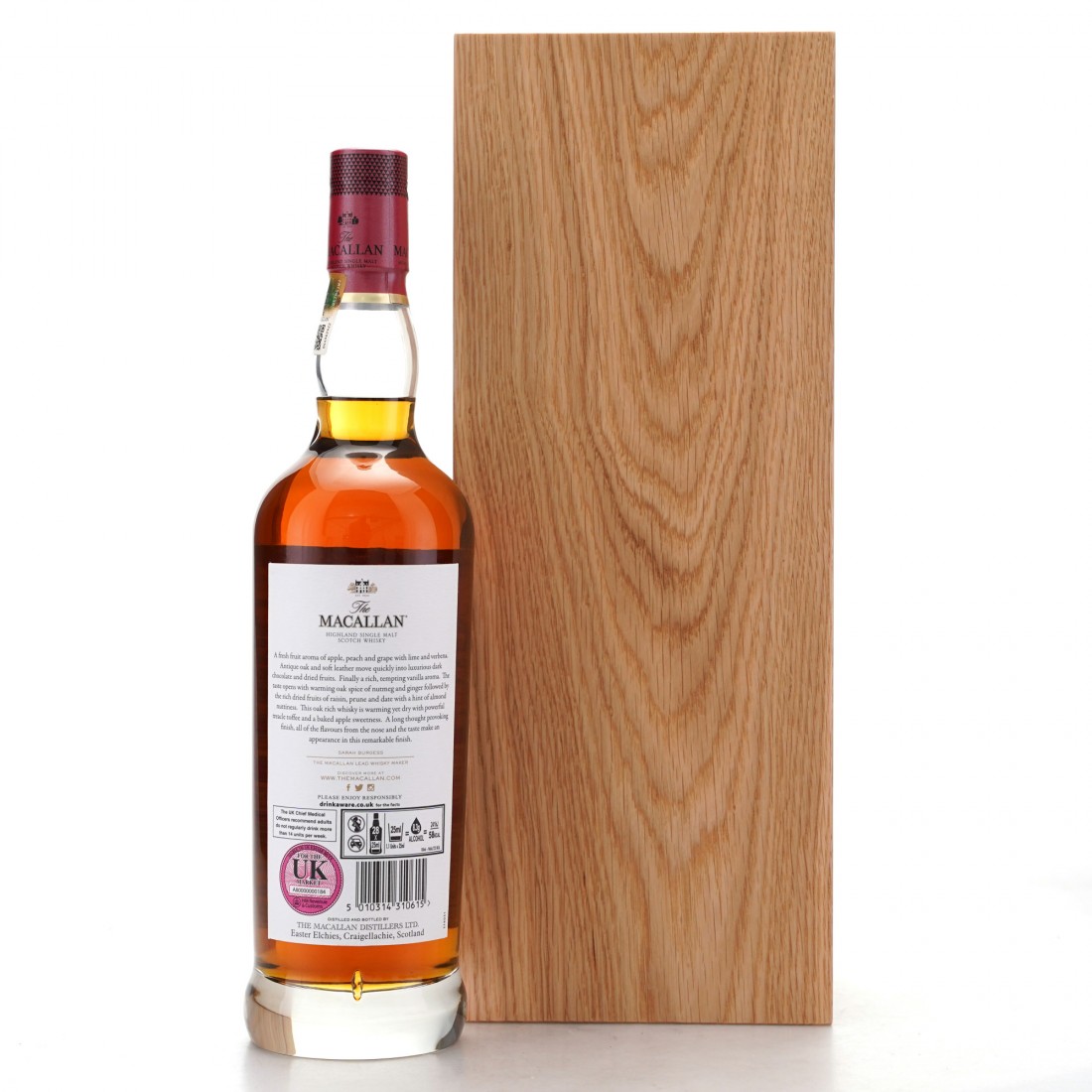 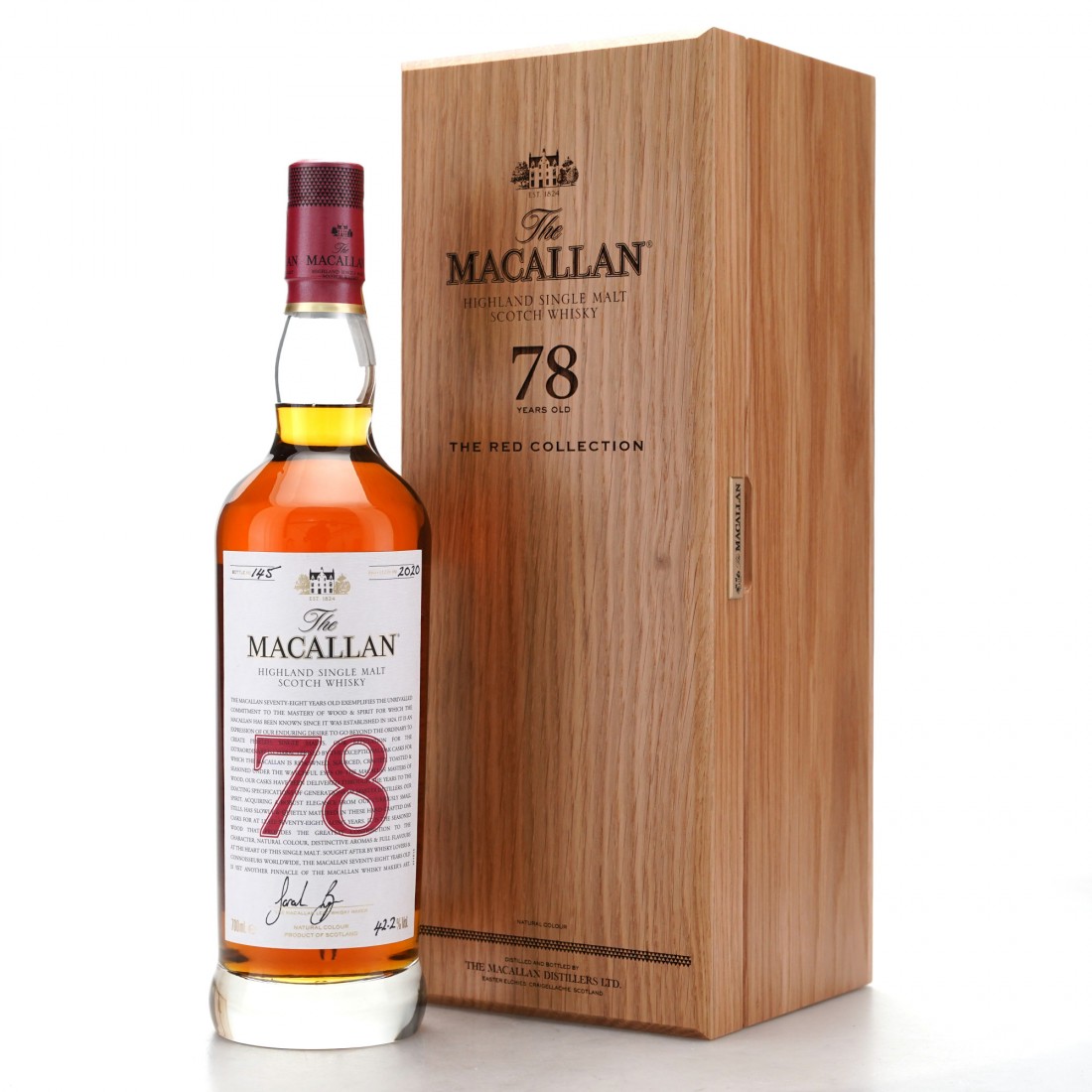 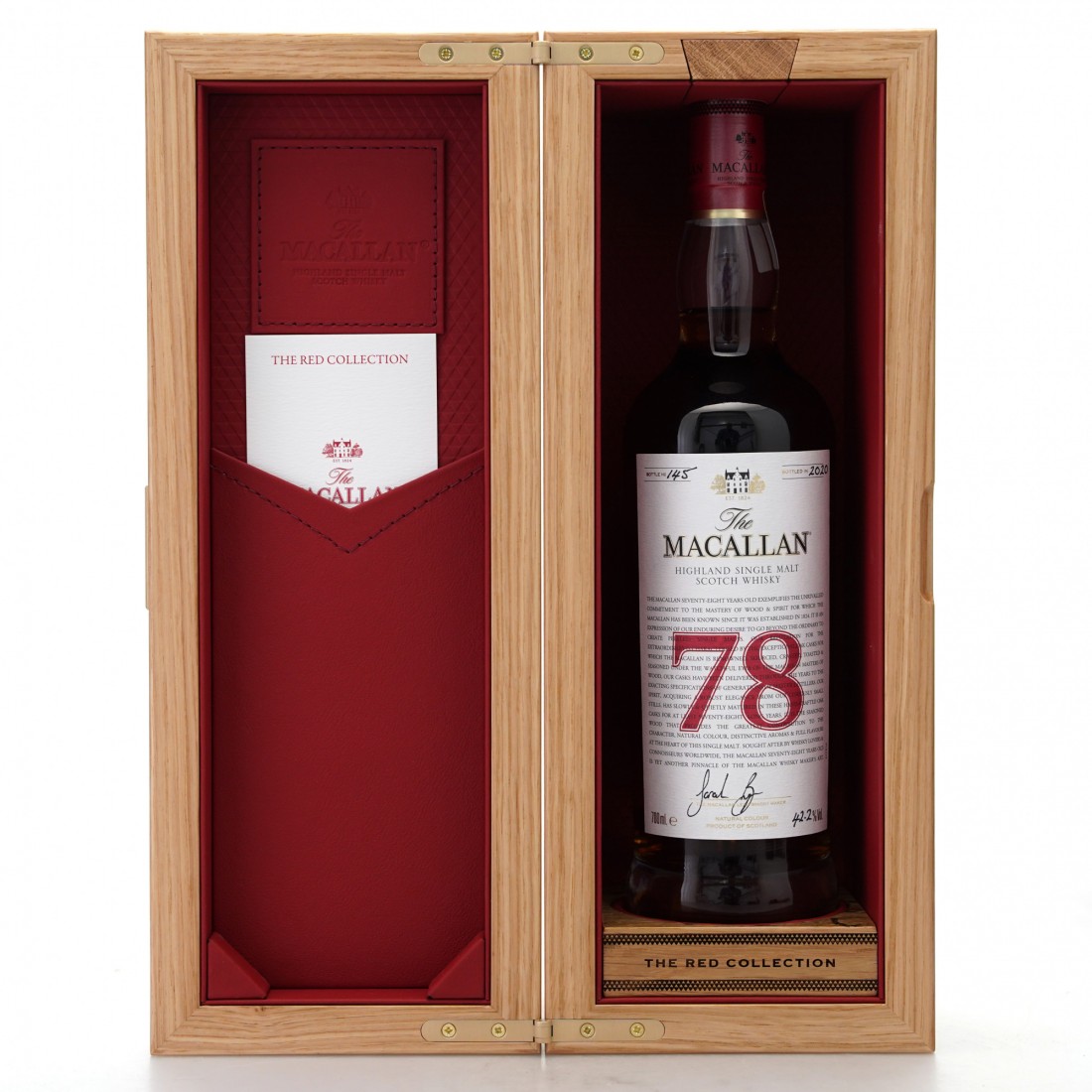 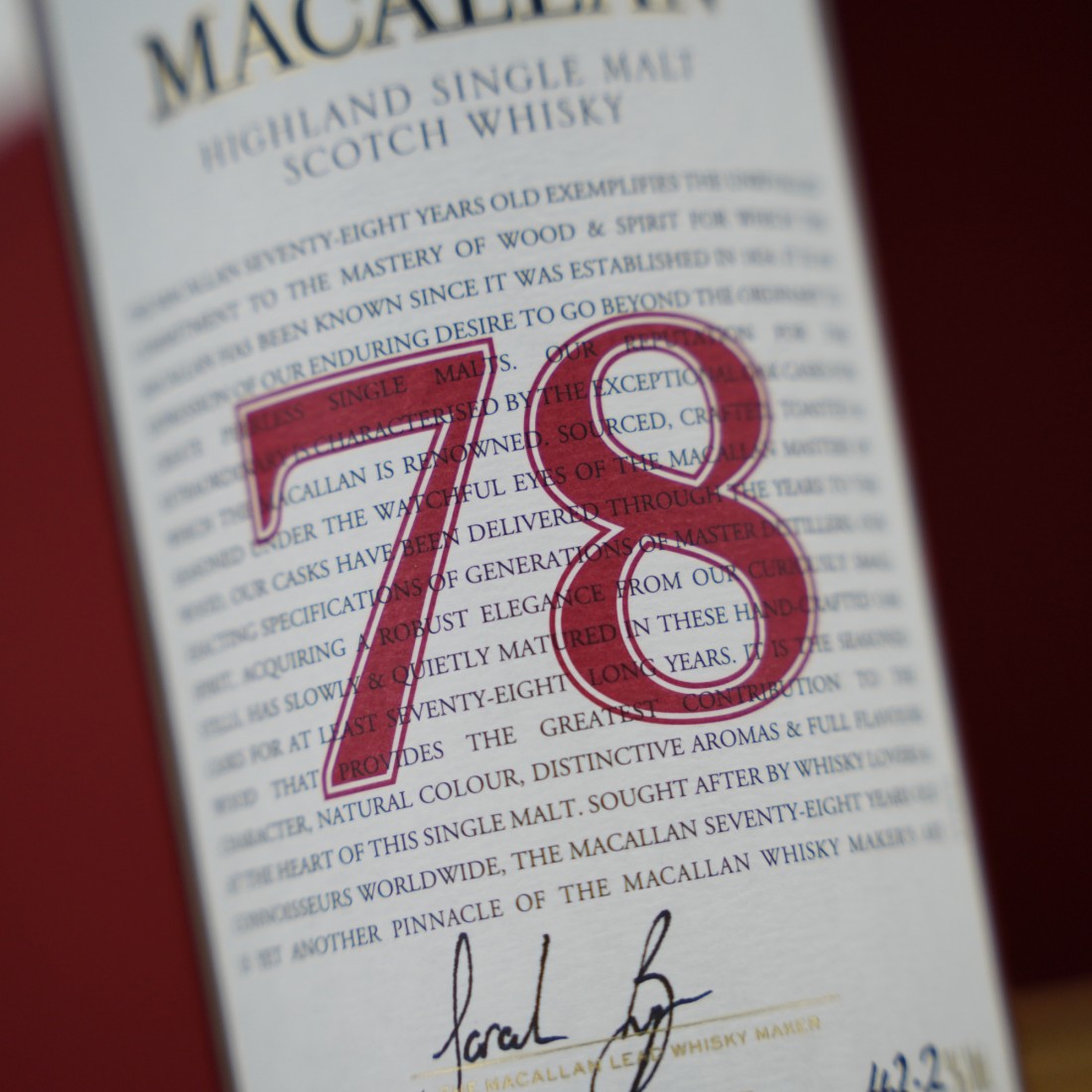 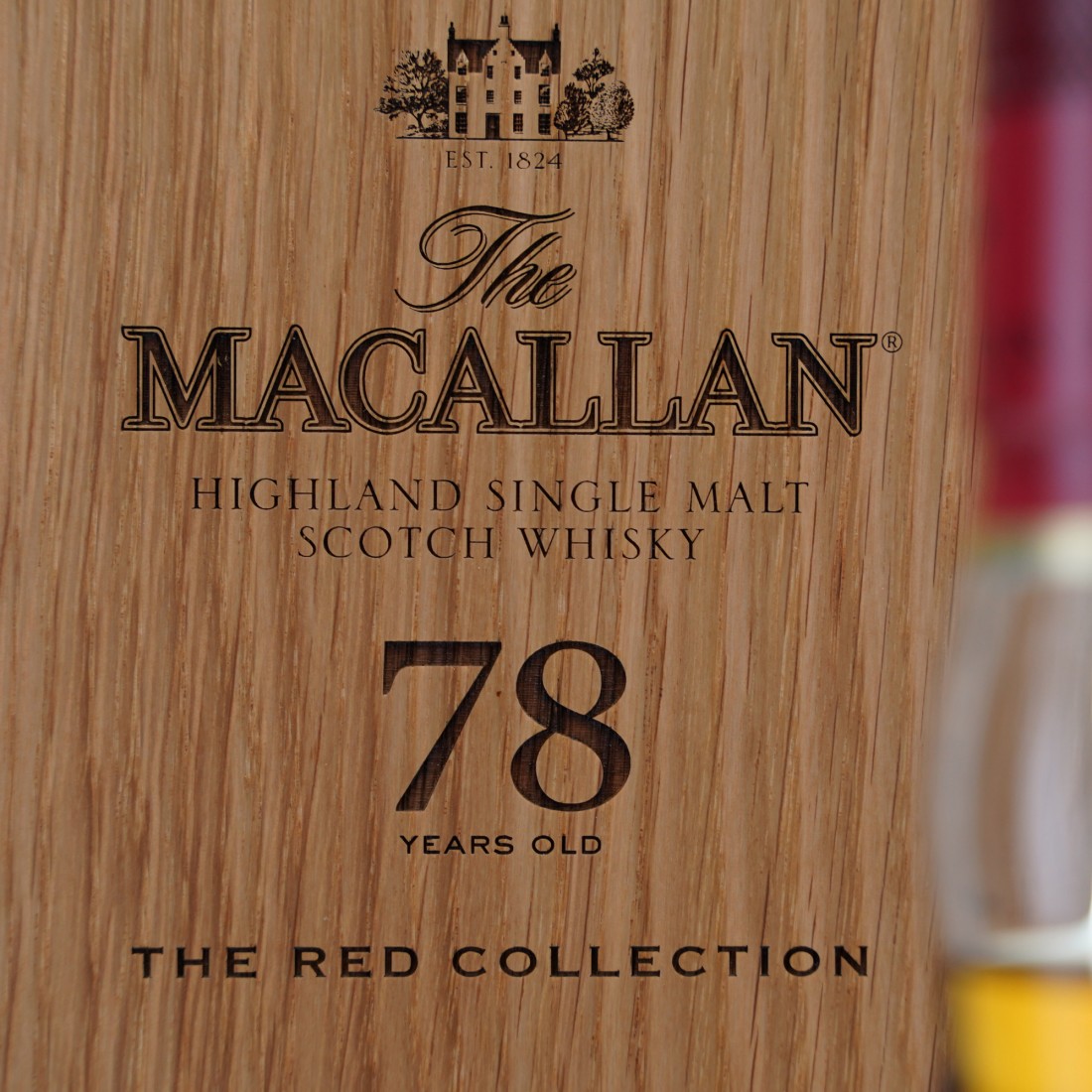 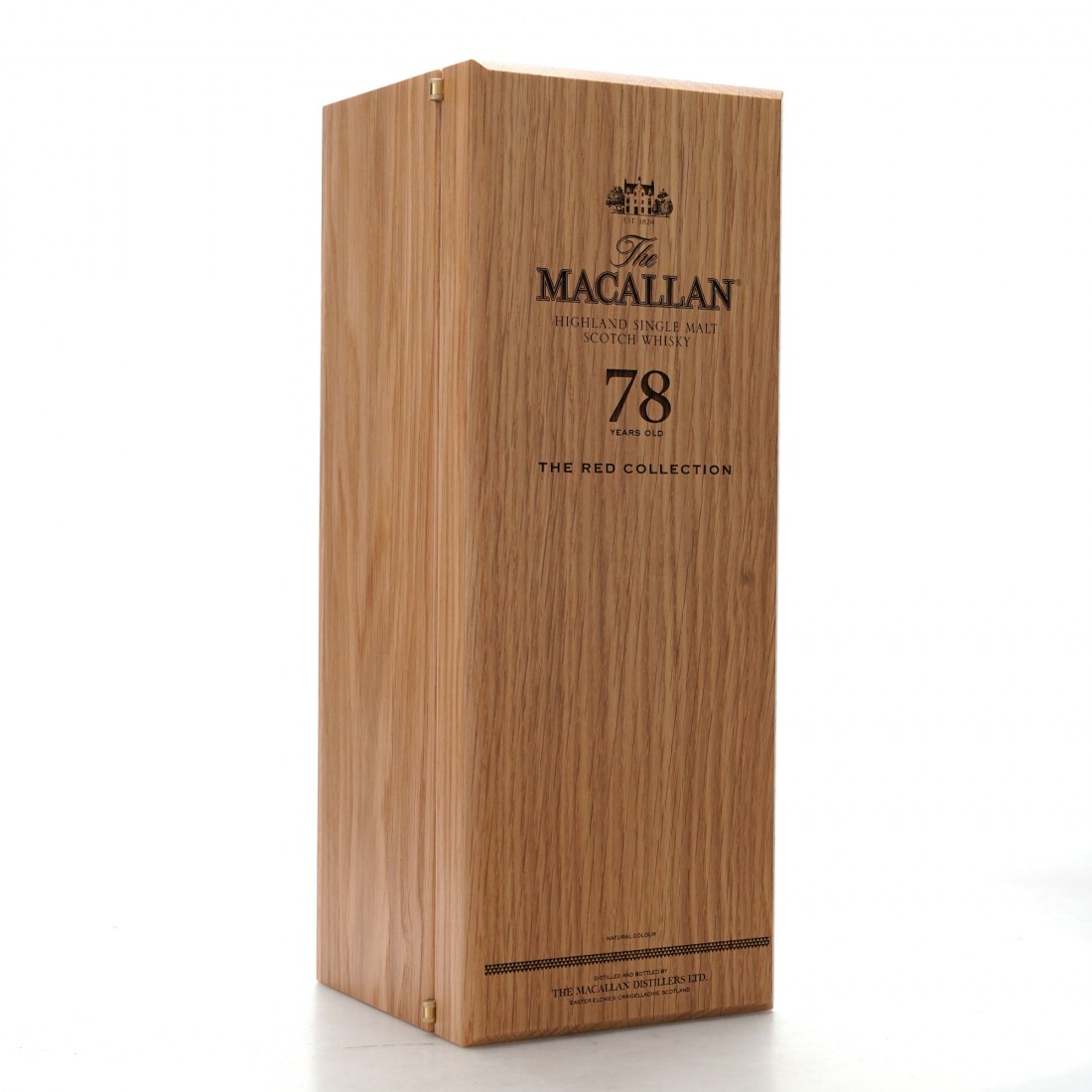 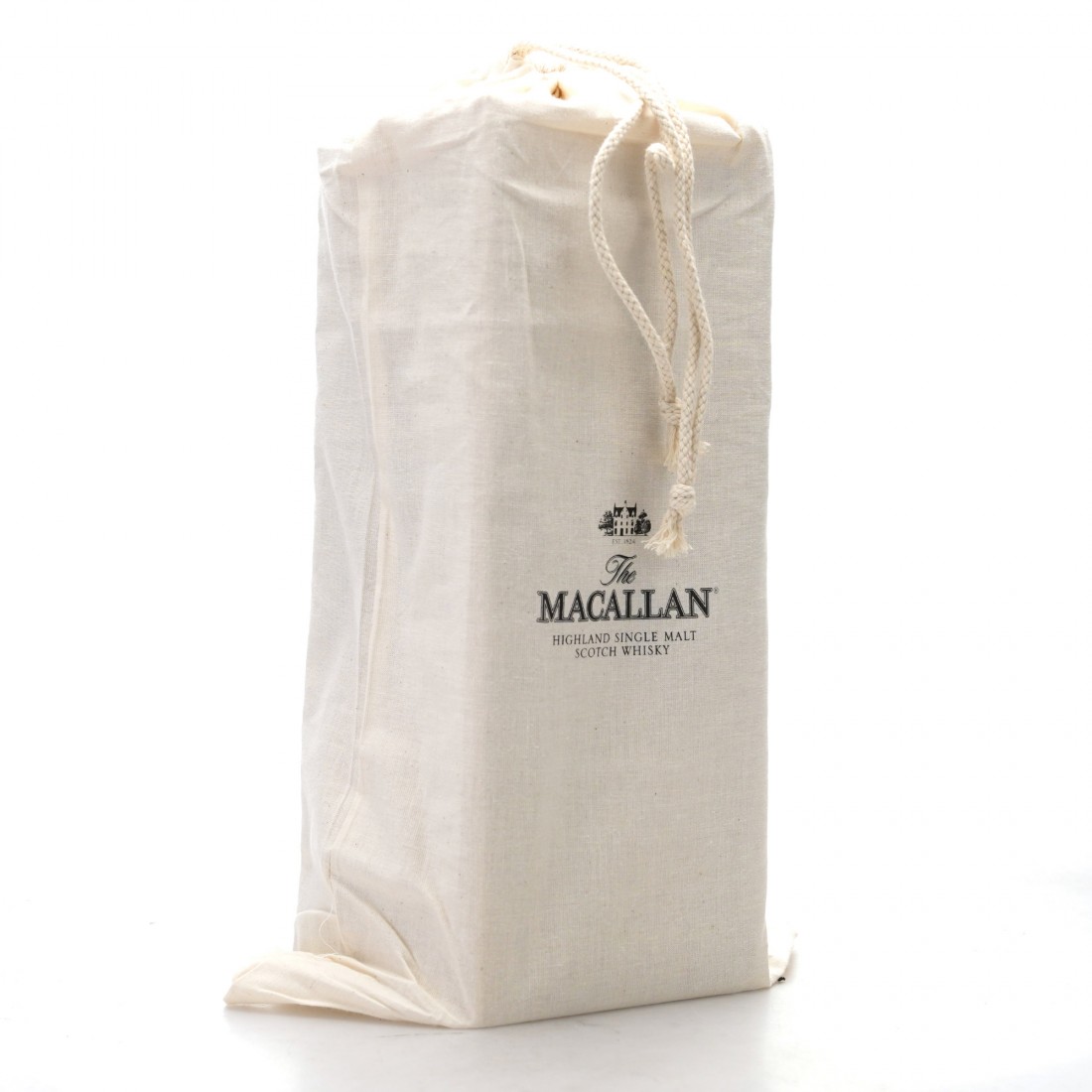 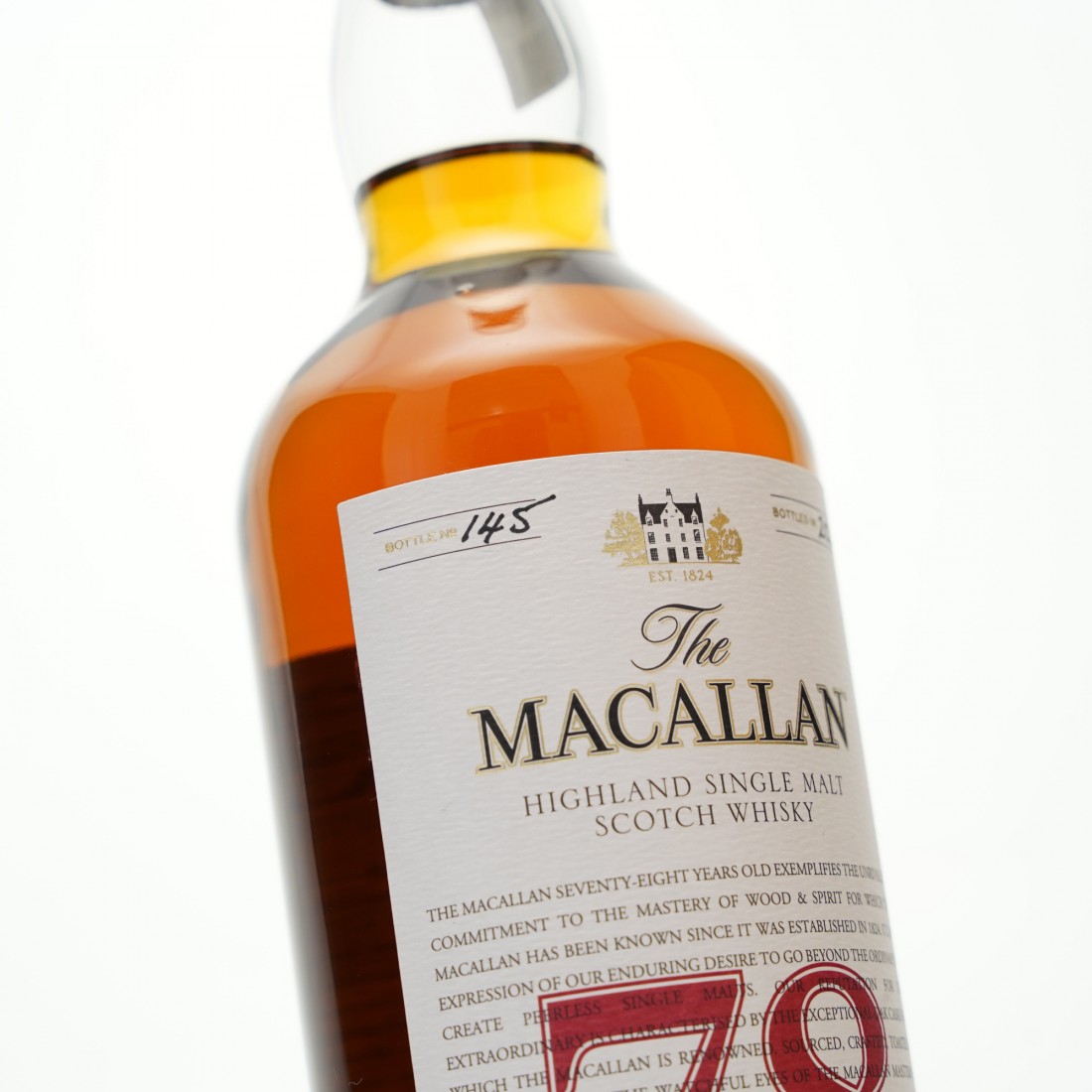 A truly historic moment from arguably the most famous name in Scotch whisky. This is believed to be the oldest single malt ever bottled.

This incredible 78 year old was launched in October 2020 as part of The Red Collection. The range also includes a 40, 50, 60, 71, and 74 year old, some of the oldest whisky ever bottled by the distillery. The colour Red has a myriad of significance for Macallan, from its founder's name, Alexander Reid, meaning "the red one," to the label aesthetic being an homage to the oldest vintages bottled from the distillery in the late 1970s and Allan Shiach marking them with red ribbons in the 1980s.

The 78 year old was created by Whisky Maker, Sarah Burgess and is presented in a oak box hand-crafted in the UK using the same European wood used to make The Macallan casks. The interior of the box has been upholstered by Bridge of Weir who have only used the highest quality, sustainably sourced, Scottish leather. 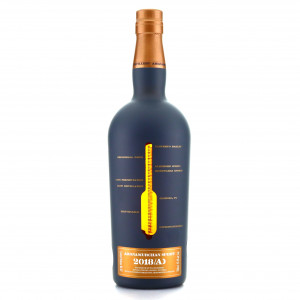 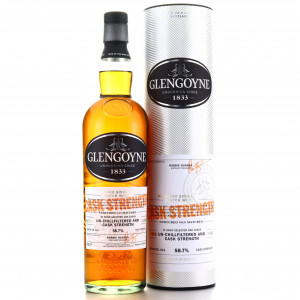 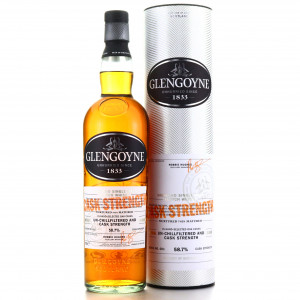