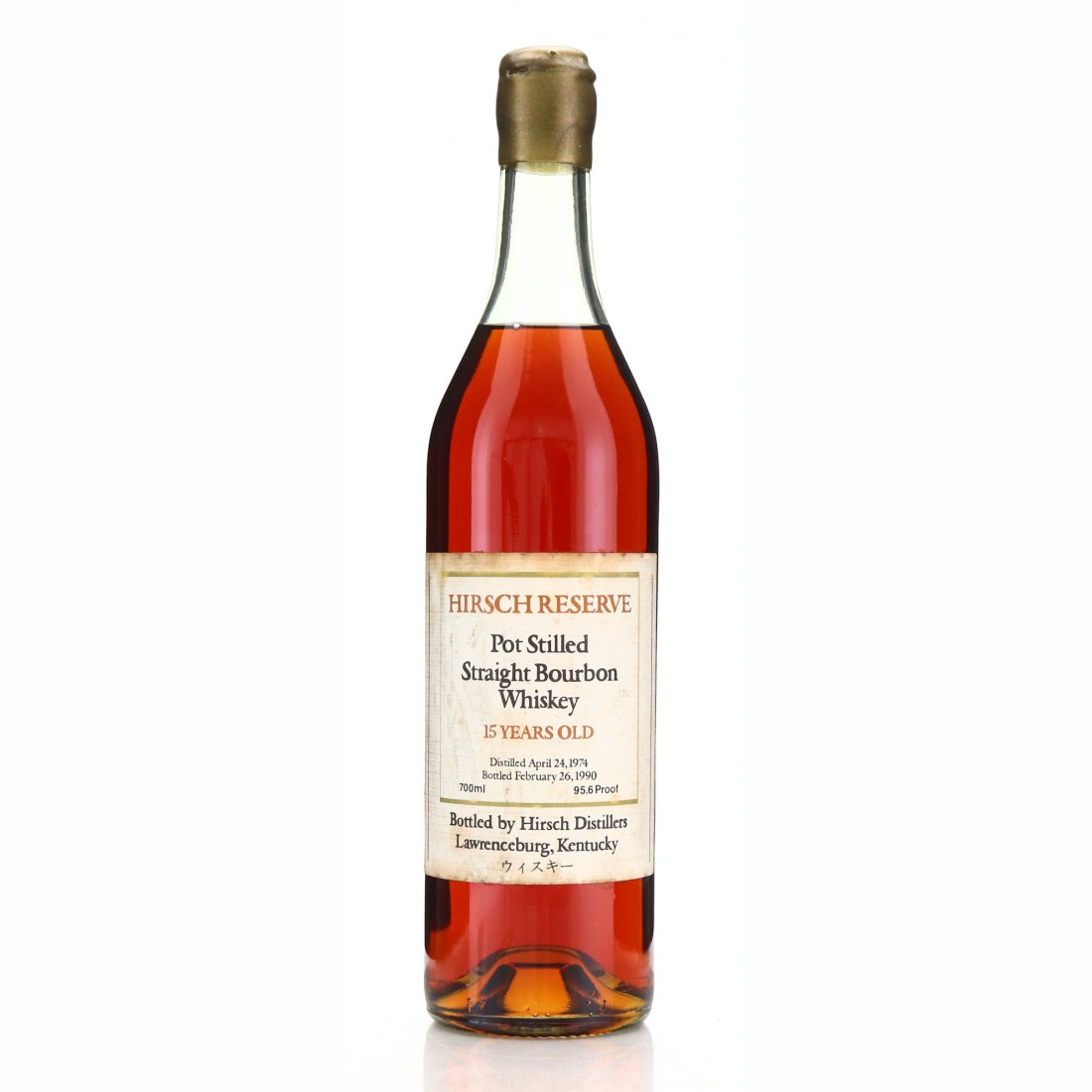 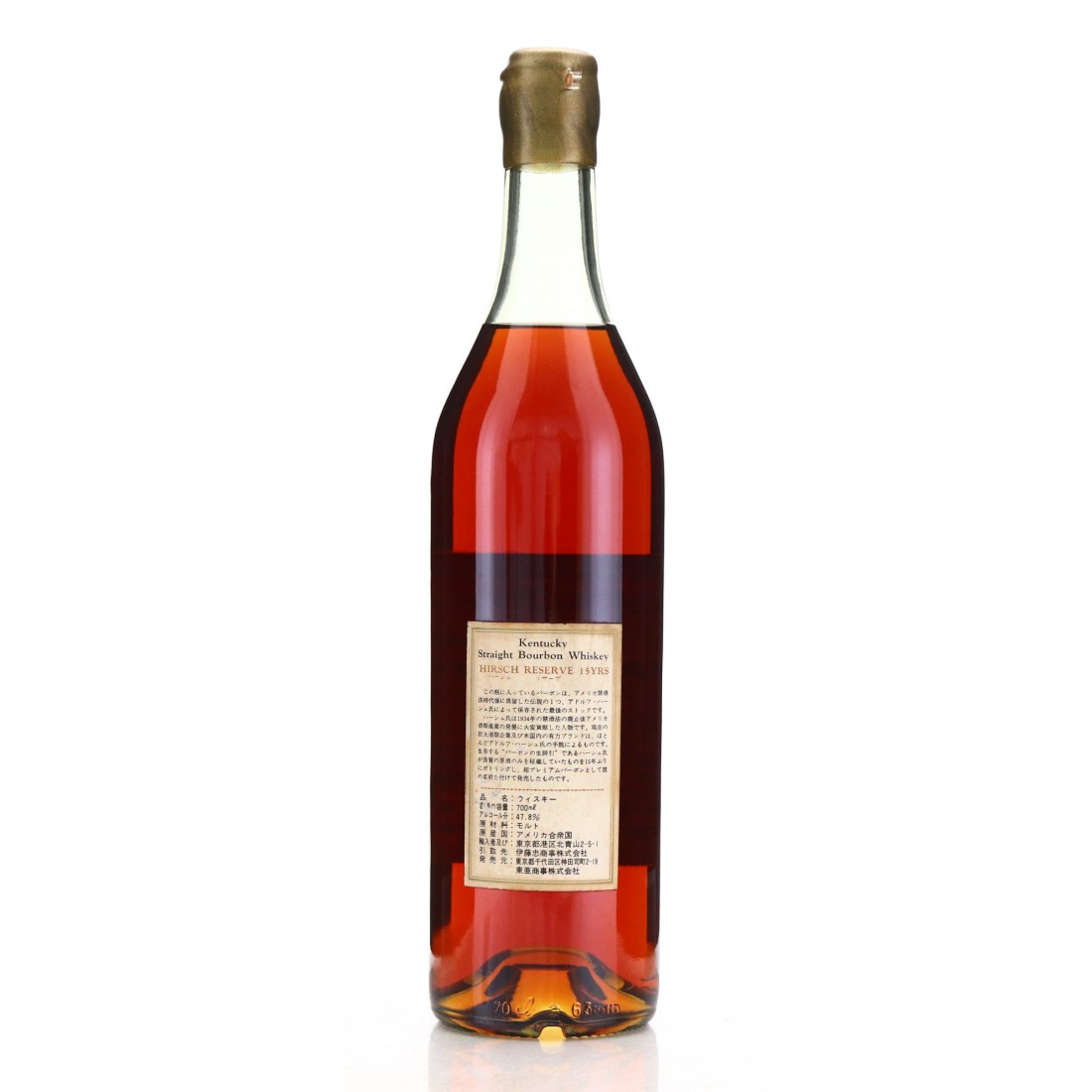 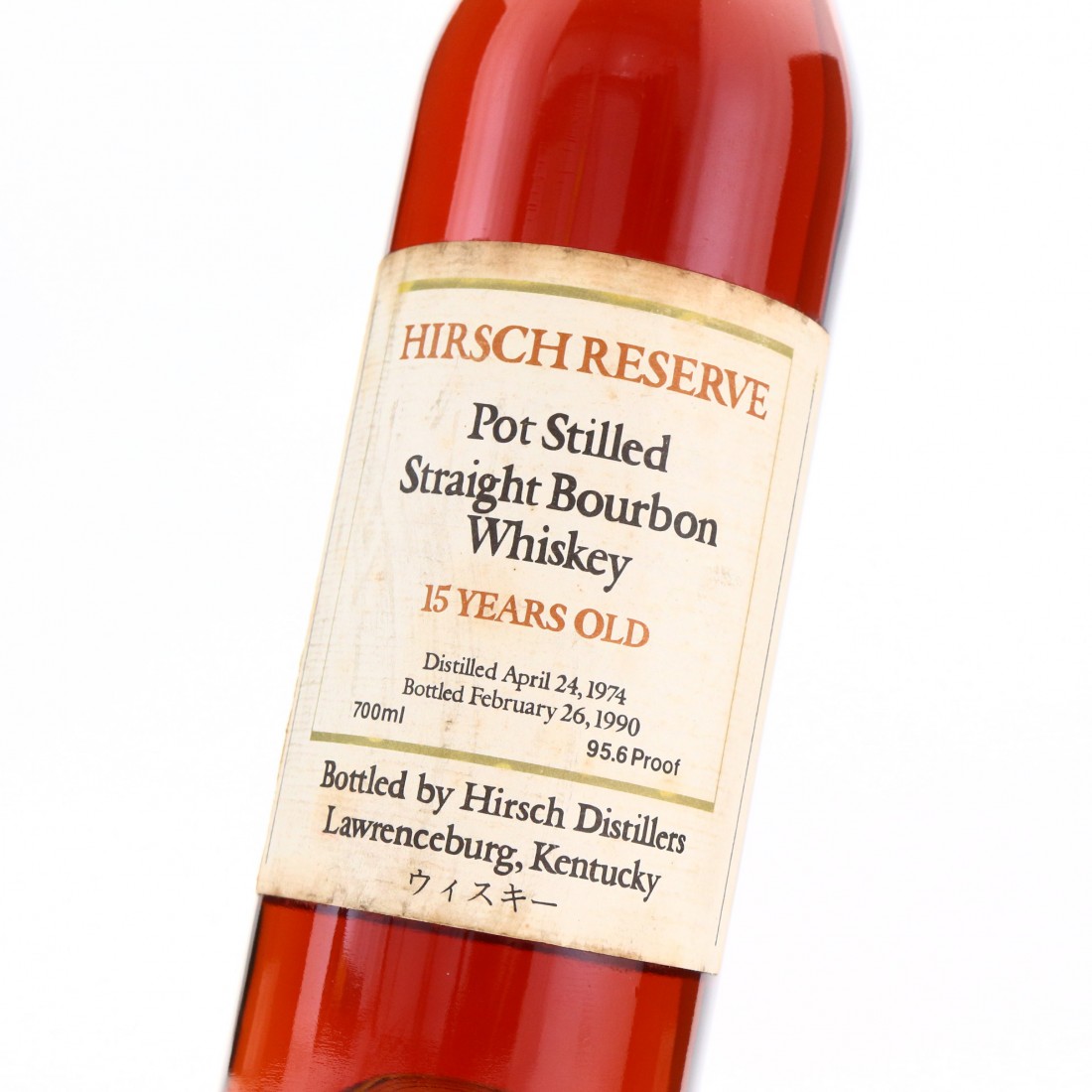 Distilled in Spring 1974, this bourbon was bottled from a single 400 barrel batch commissioned by Adolph H. Hirsch and distilled under contract at Michter's distillery (then known as Pennco), just outside Schaefferstown, Pennsylvania. Hirsch was a former Schenley executive who had dealings with Michter's during his time there, and it is believed he commissioned the whiskey as financial favour to the distillery, and actually had little plans for its use. So, it lay ageing in the warehouses for much longer than generally expected for a bourbon at the time.

Responsibility for the early bottling was entrusted to Julian Van Winkle III at his Old Commonwealth site in Lawrenceburg. However, his creation of the Pappy Van Winkle brand and subsequent partnership with the Sazerac Company in 2002 also saw bottling of the Hirsch Reserve moved briefly to Buffalo Trace. This is one of Van Winkle's first Lawrenceburg bottlings, produced on 26th February 1990. Van Winkle's ledgers show that he was drip-fed orders for the A.H. Hirsch Reserve, and only produced limited case numbers to order when requested by Hue. This has lead to a variety of different bottlings at different ages. This is one of two bottlings of the A.H. Hirsch Reserve as 15 year old (although the second was actually 16 by the time it was bottled). This release features the label with block text, similar to the Van Winkle Special Reserve releases produced around the same time (the second has a script style label). The majority of the the bourbon was later placed into steel tanks shortly after this, in order to prevent futher ageing. Van Winkle bottled some leftover casks at advanced ages, but the majority of the A.H. Hirsch Reserve was bottled from the tanks as a 16 year old in 2003.