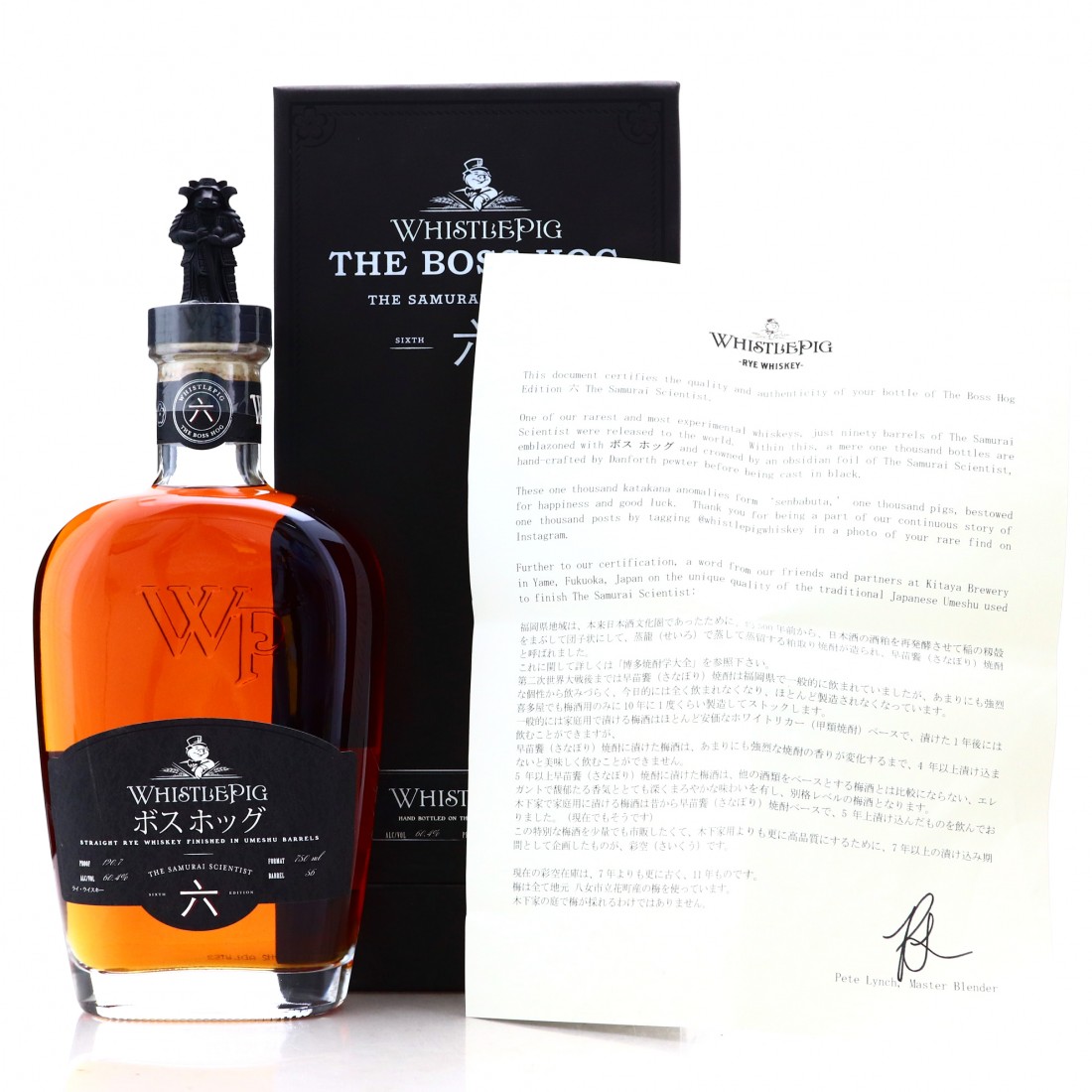 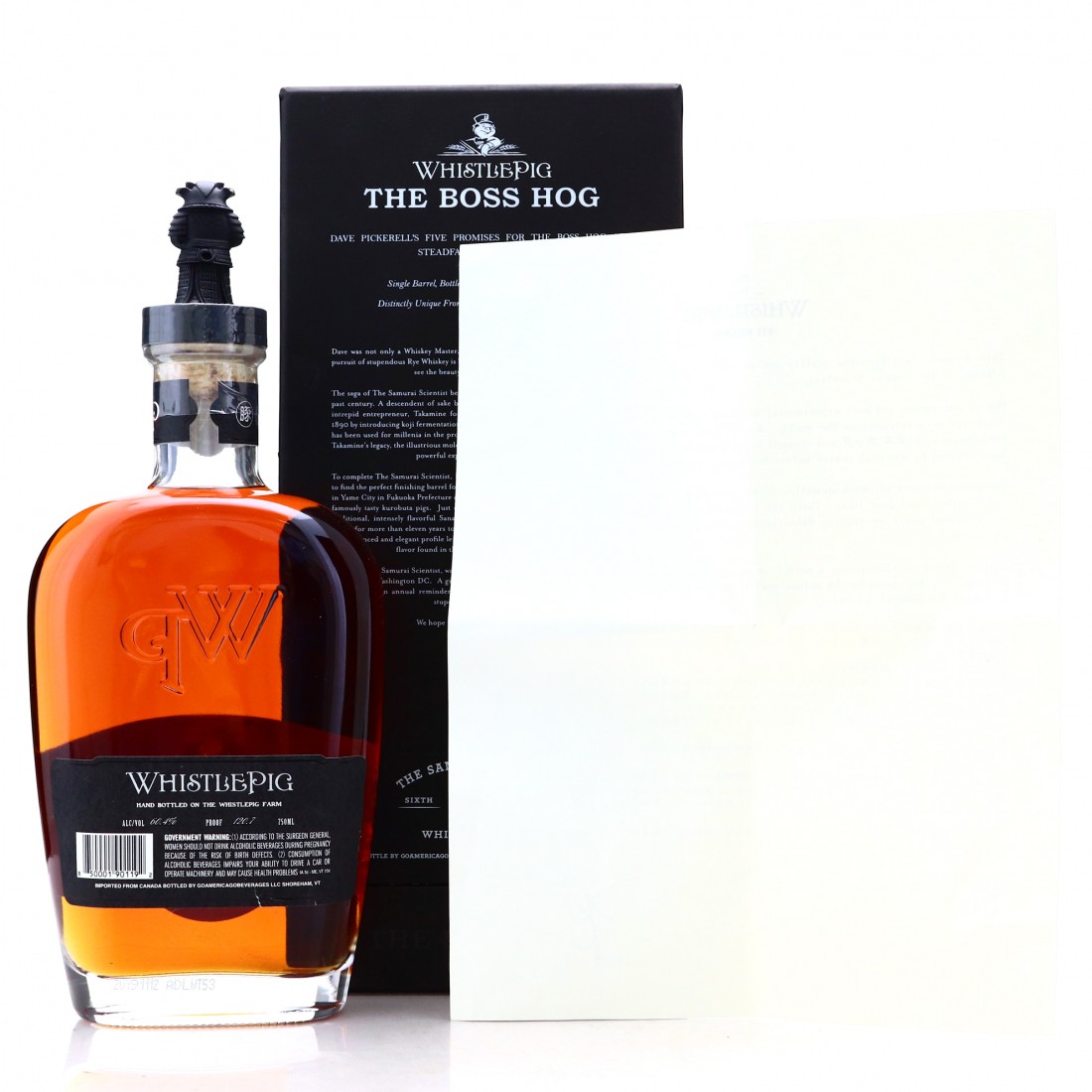 The Saumurai Scientist is the sixth edition (六) of The Boss Hog series from Whistle Pig.

The Whistlepig distillery was established in Vermont in 2007 by Raj Peter Bhakta, who enlisted the late Dave Pickerell as Master Distiller, having previously worked at Maker's Mark for 14 years. Initially, the distillery sourced casks of rye whisky while they were setting up their distilling operation. The majority of these barrels were sourced from MGP in Indiana, and from Alberta Distillers in Canada. Their high quality blends, single barrels, and unusual cask finishes have seen the brand become and overwhelming success. They began distilling at Whistlepig Farm in 2015, bottling the first of their own distillate as part of their "triple terroir" Farmstock blends in 2017. In the same year, Bhakta retired from the company, selling his stake in it to BDT Partners two years later.

The Boss Hog range is a straight rye whiskey from the Vermont based distillery, Whistlepig Farm. Although they have recently began bottling their own distillate.

The expression is the result of Whistle Pig's partnership with Kitaya, a sake, shochu and umeshu producer in Fukuoka Prefecture on Japan's Kyushu Island.

From Master Distiller Pete Lynch: "We finished one of our oldest whiskeys in barrels that held Kitaya's eleven-year-old umeshu. With umeshu being an intensely aromatic spirit, it does not take long to impart deeply complex flavours"