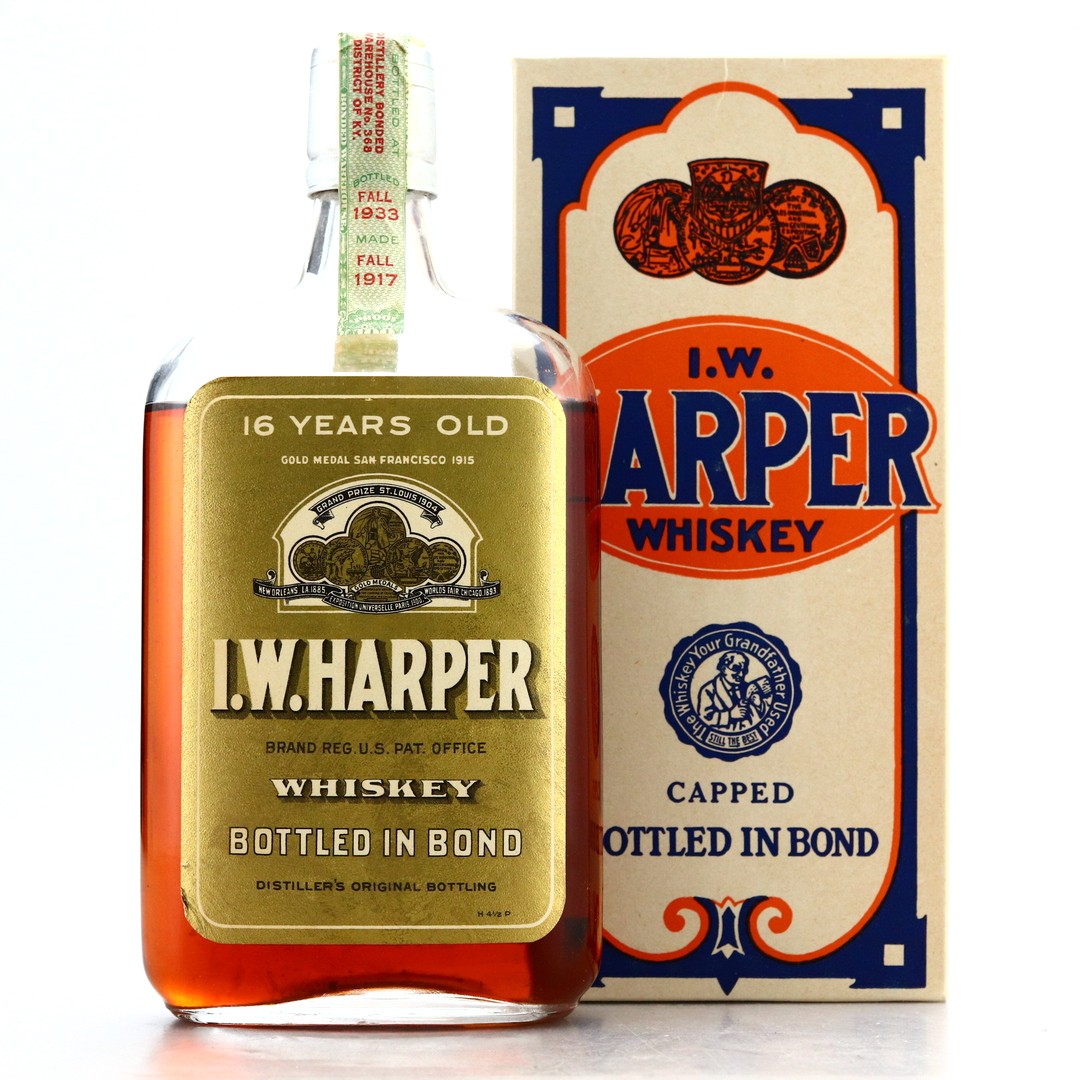 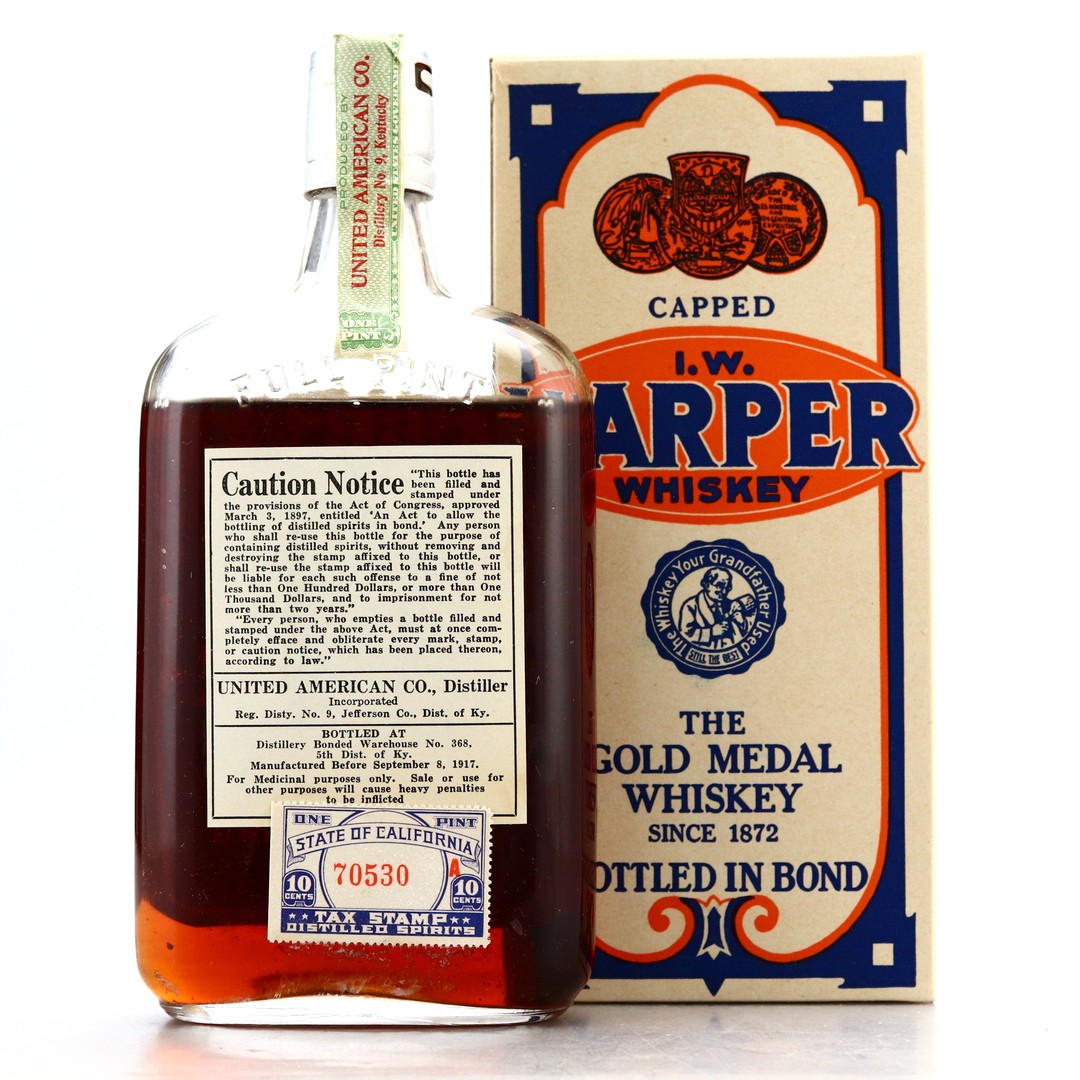 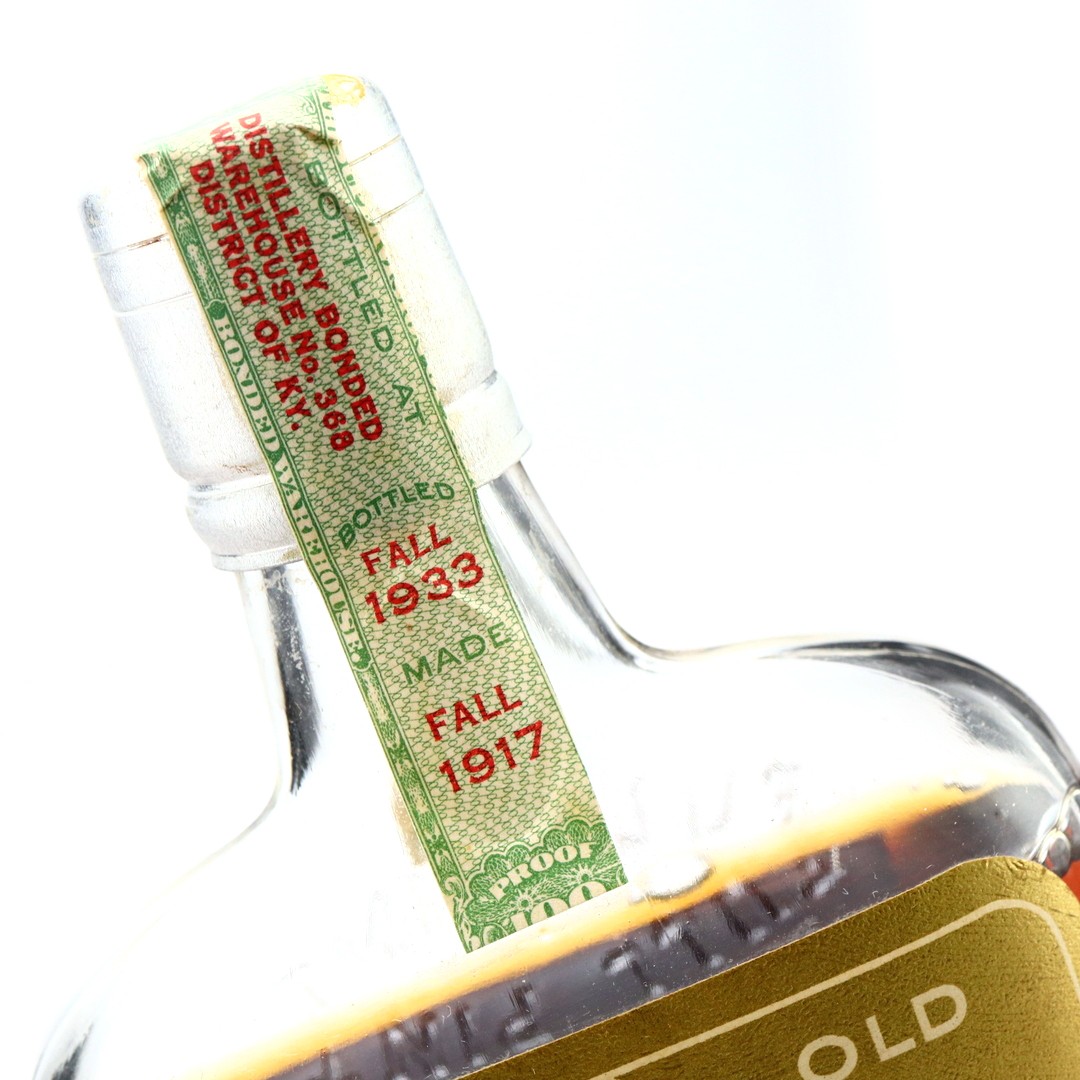 Distilled in 1917, this whiskey was protected in bond from the Prohibition Act of 1920, which made alcohol production and consumption illegal. This was bottled in 1933, just before the repeal of the act.

The I.W. prefix in this whiskey's name derives from Isaac Wolfe Bernheim, who founded the brand. With his brother he helped establish Louisville in Kentucky as a centre for Bourbon production. Sadly, he felt Harper was a more marketable name than his own to apply to the bottles.

This was distilled at Bernheim distillery, which the Bernheim brothers had sold to United American Co. a few years earlier, anticipating the coming Prohibition legislation. After the passing of the act, this whiskey was procured by Otto Wathen's American Medicinal Spirits Company, who bottled this.

The I.W. Harper brand and the Bernheim distillery were purchased by Schenley in 1937, and they produced it until 1987 when they were acquired by United Distillers (now Diageo). The Schenley product was labelled 'Gold Medal,' a reference to the many the brand received, including at the 1915 San Francisco Fair, two years before this was produced.

United Distillers discontinued the I.W. Harper brand in the US in the 1980s, however Diageo revived the brand in 2015.  Bernheim was sold to Heaven Hill in 1999, although it is believed the bourbon is still sourced by from it by Diageo.