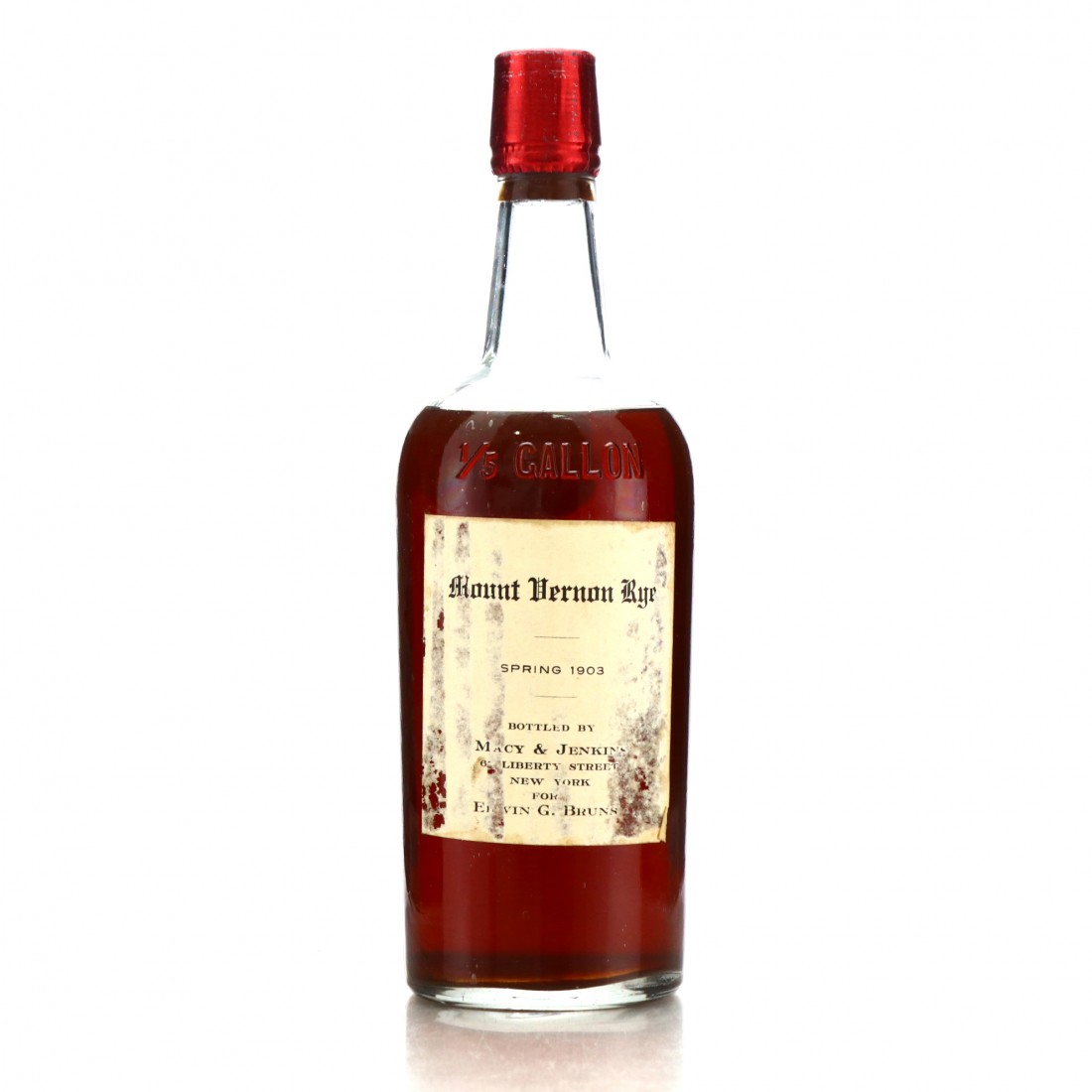 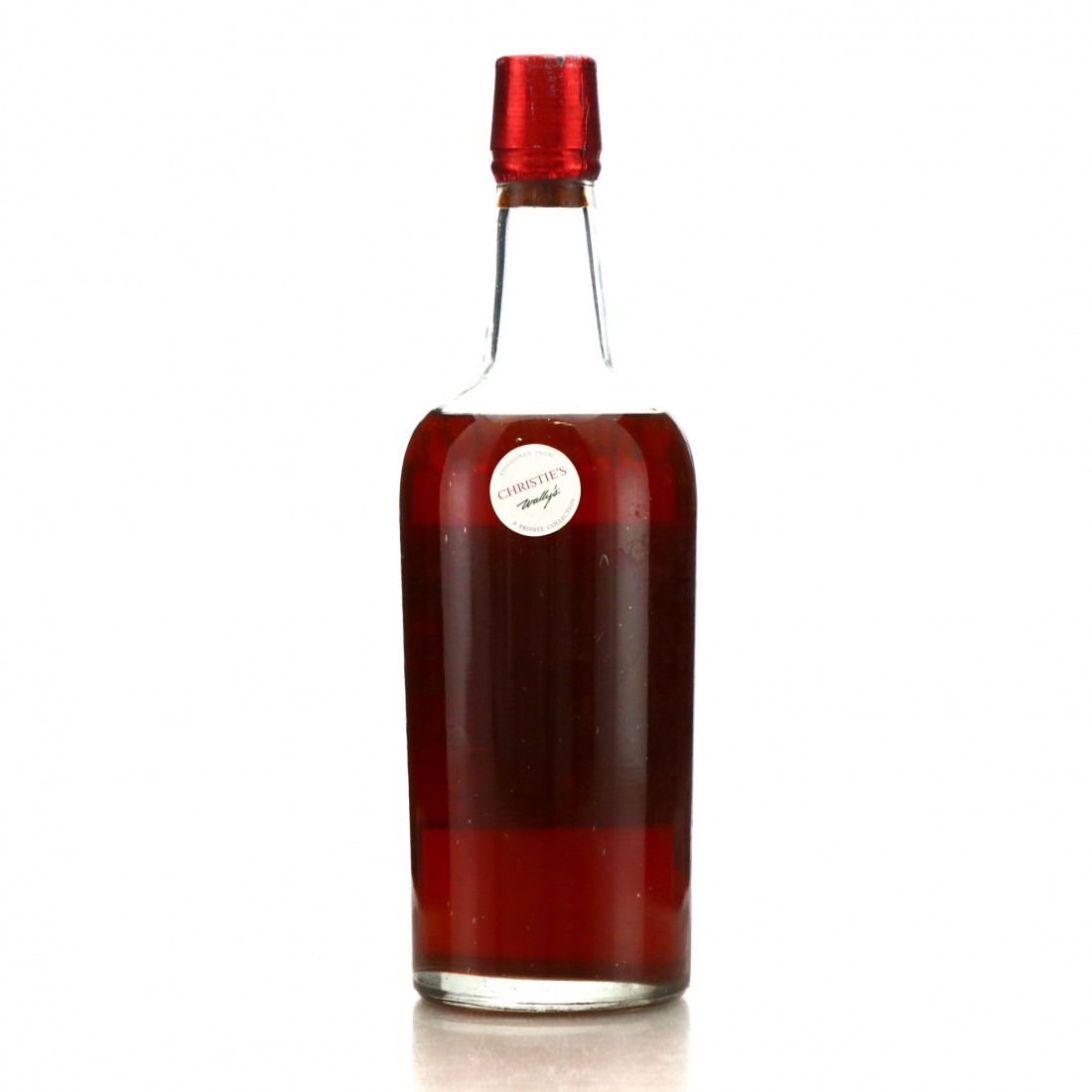 Mount Vernon Rye is a historic brand that took its name from the distillery operated by the first president of the United States, George Washington. It was introduced by the Hannis Distilling company of Maryland in 1870. During prohibition the brand was acquired by the American Medicinal Spirits company and became popular with bootleggers as its strong taste made it easy to dilute with other neutral spirit. Thankfully its reputation survived and it became one of the four showpiece brands of the National Distillers portfolio post-repeal, alongside Old Grand-dad, Old Crow and another rye, Old Overholt.

This incredible 1903 vintage was distilled by Hannis and sold in bulk to Macy & Jenkins, a liquor dealer based in New York City. Their offices were on 67 Liberty Street, having moved there in the mid19th century following a gunpowder plot and explosion at their former premises in Fulton Street which was plagued by gang troubles at the time (popularly depicted in the films Gangs of New York). At Liberty Street the company got into the rectification business and marketed Old Clubhouse as its premier brand. The company later moved on to bottling third party-produced whiskies like this after the Bottle in Bond act of 1895.

Prohibition eventually put Macy & Jenkins out of business. Their premises can still be seen on Liberty Street today, and was converted into residential apartments in the 21st century.