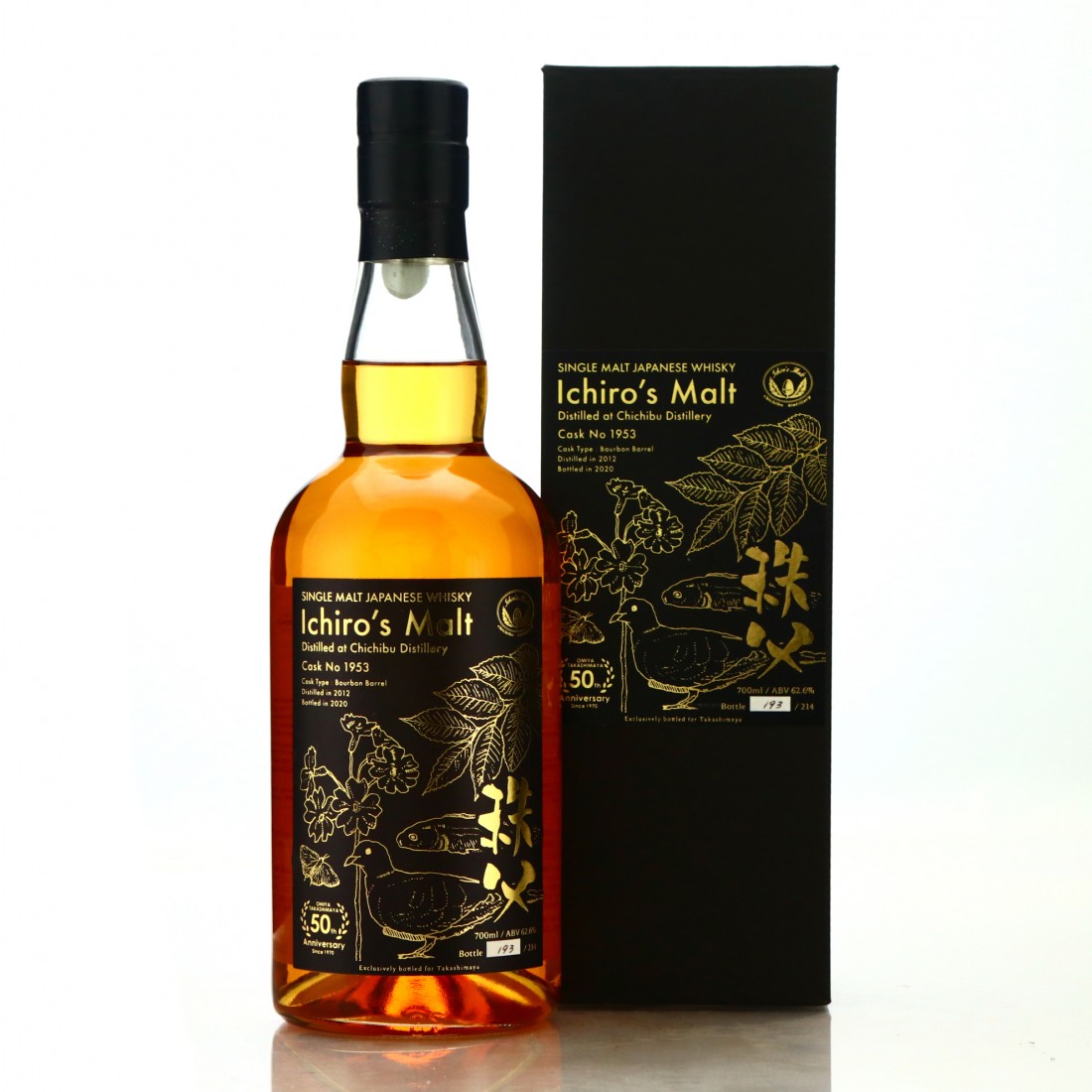 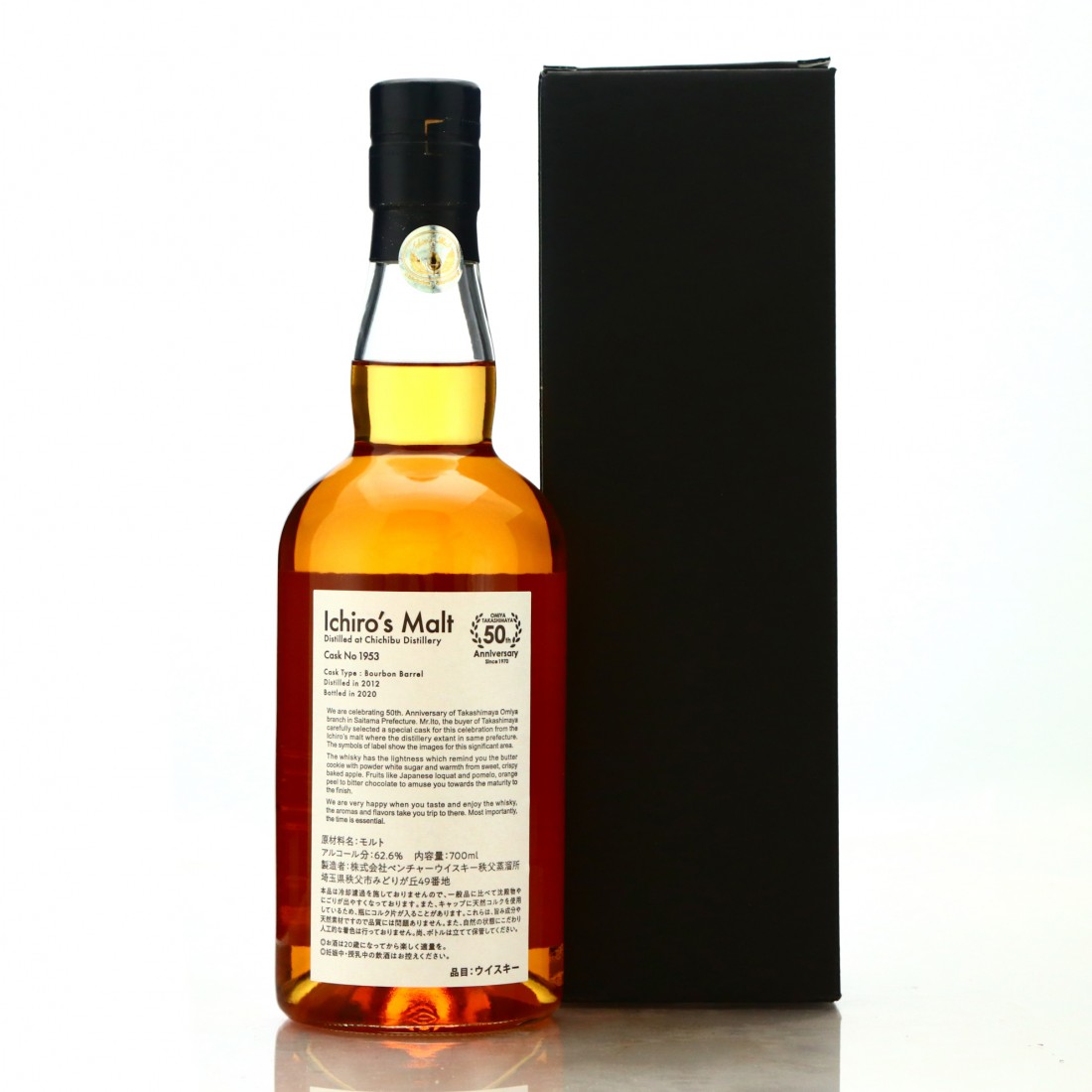 This whisky was distilled in 2012 and aged in single ex-Bourbon cask #1953. It was bottled in 2020 to celebrate the 50th anniversary of Japanese department store, Omiya Takashimaya.