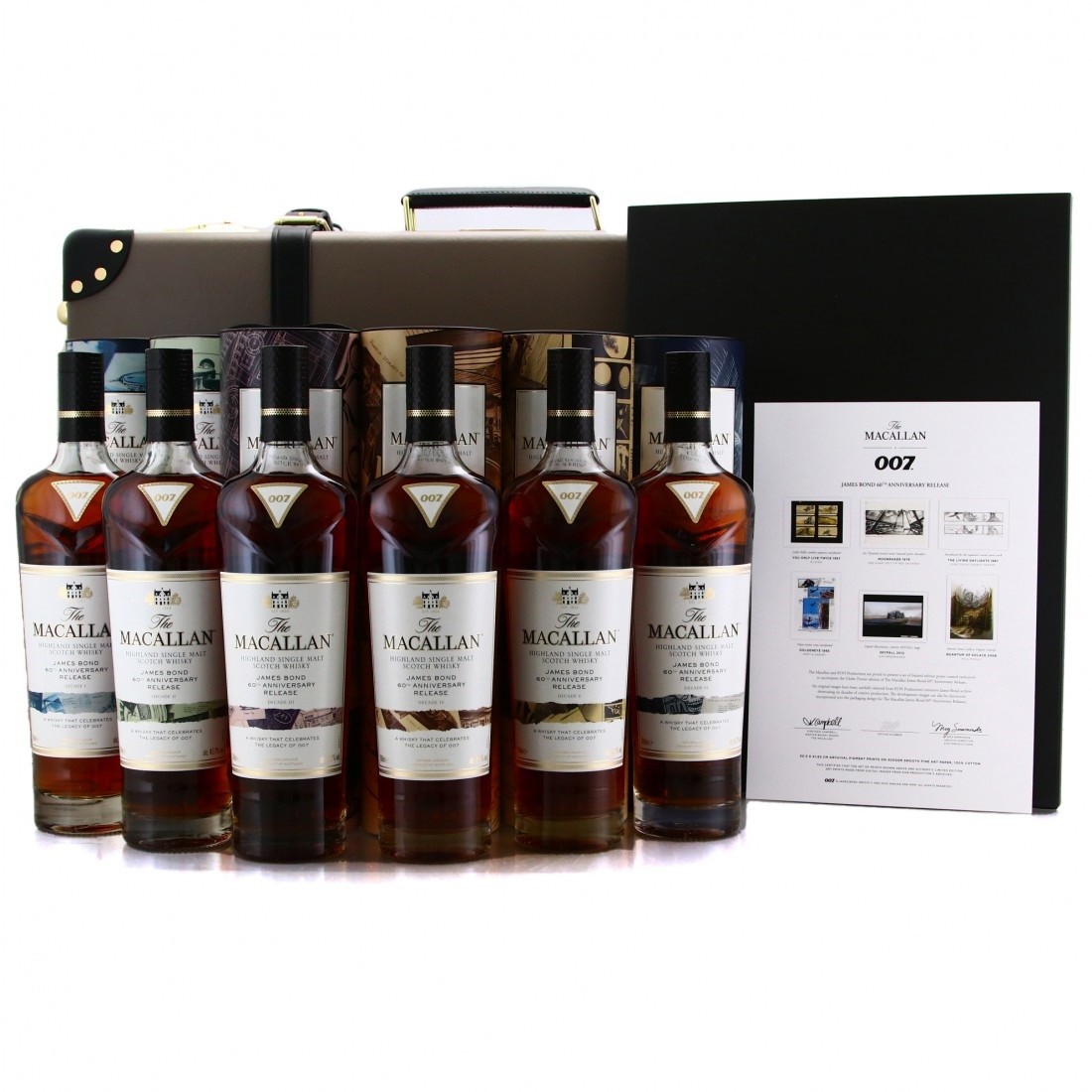 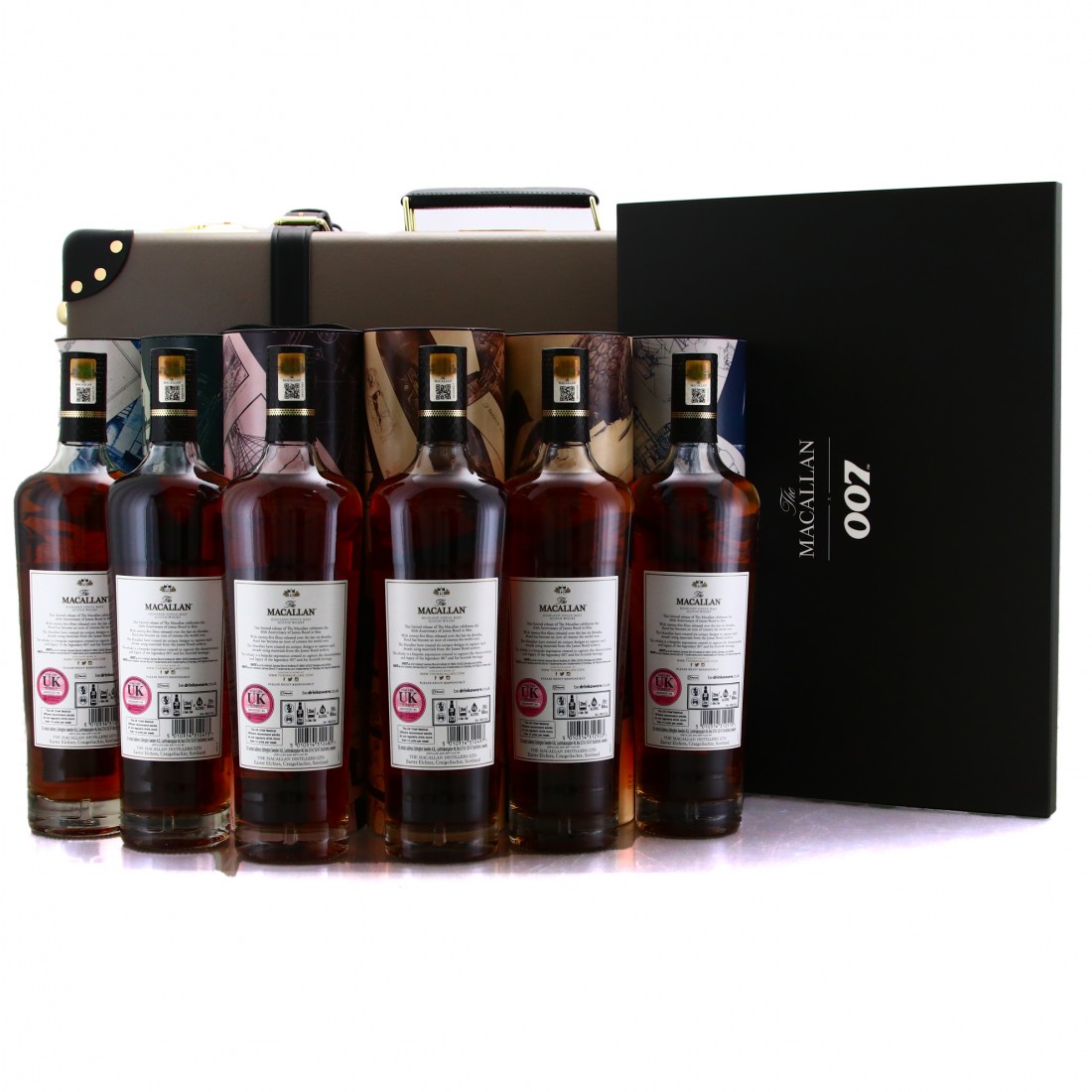 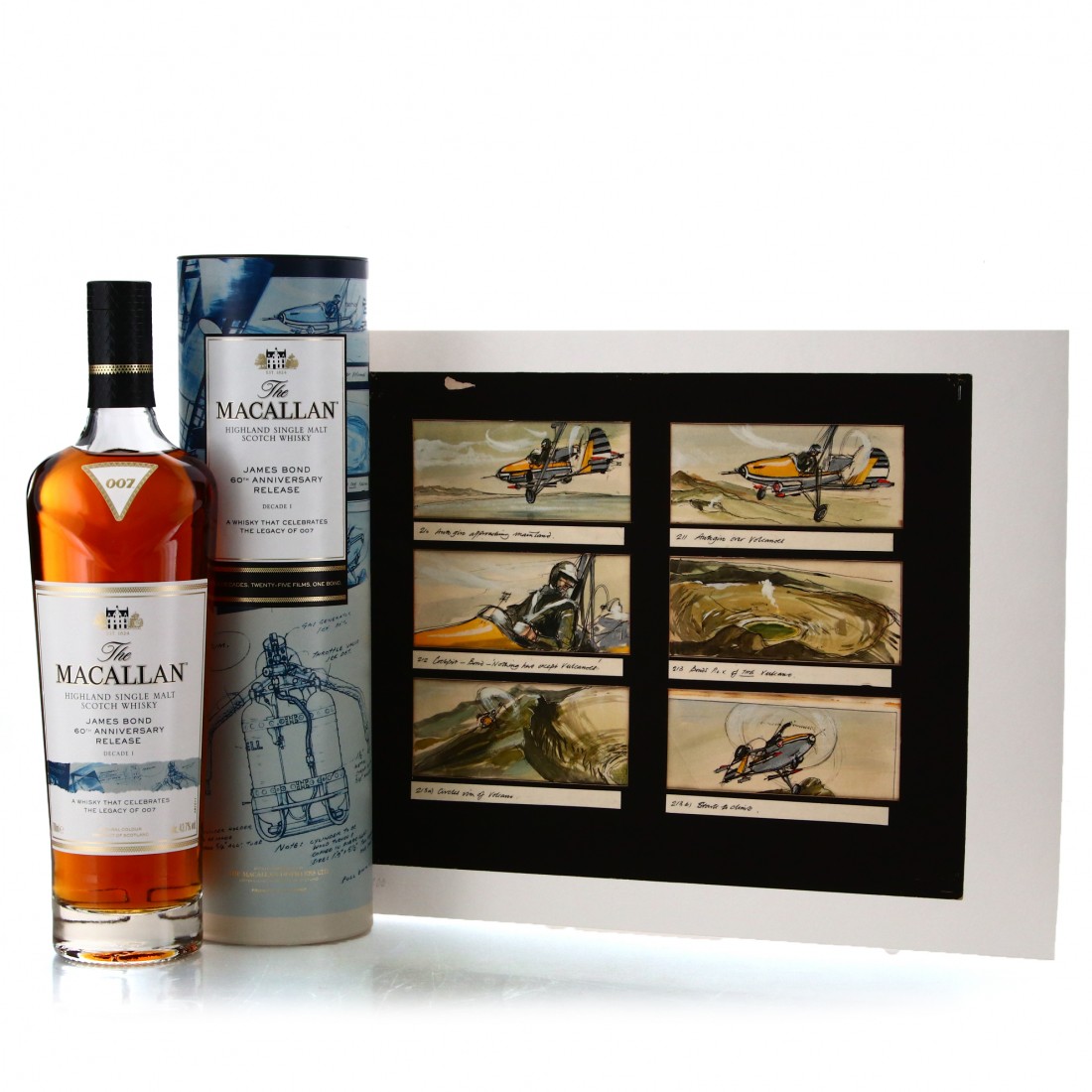 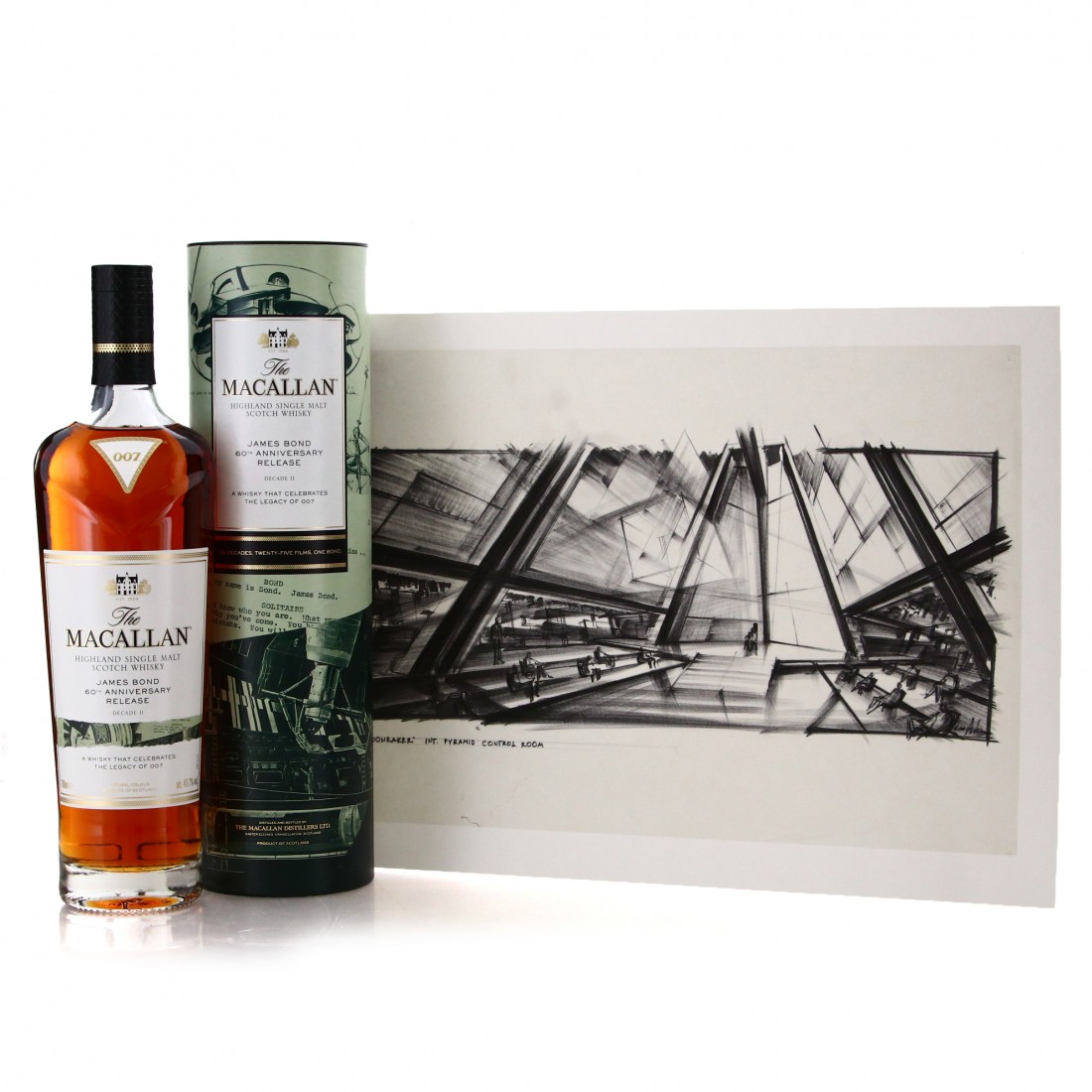 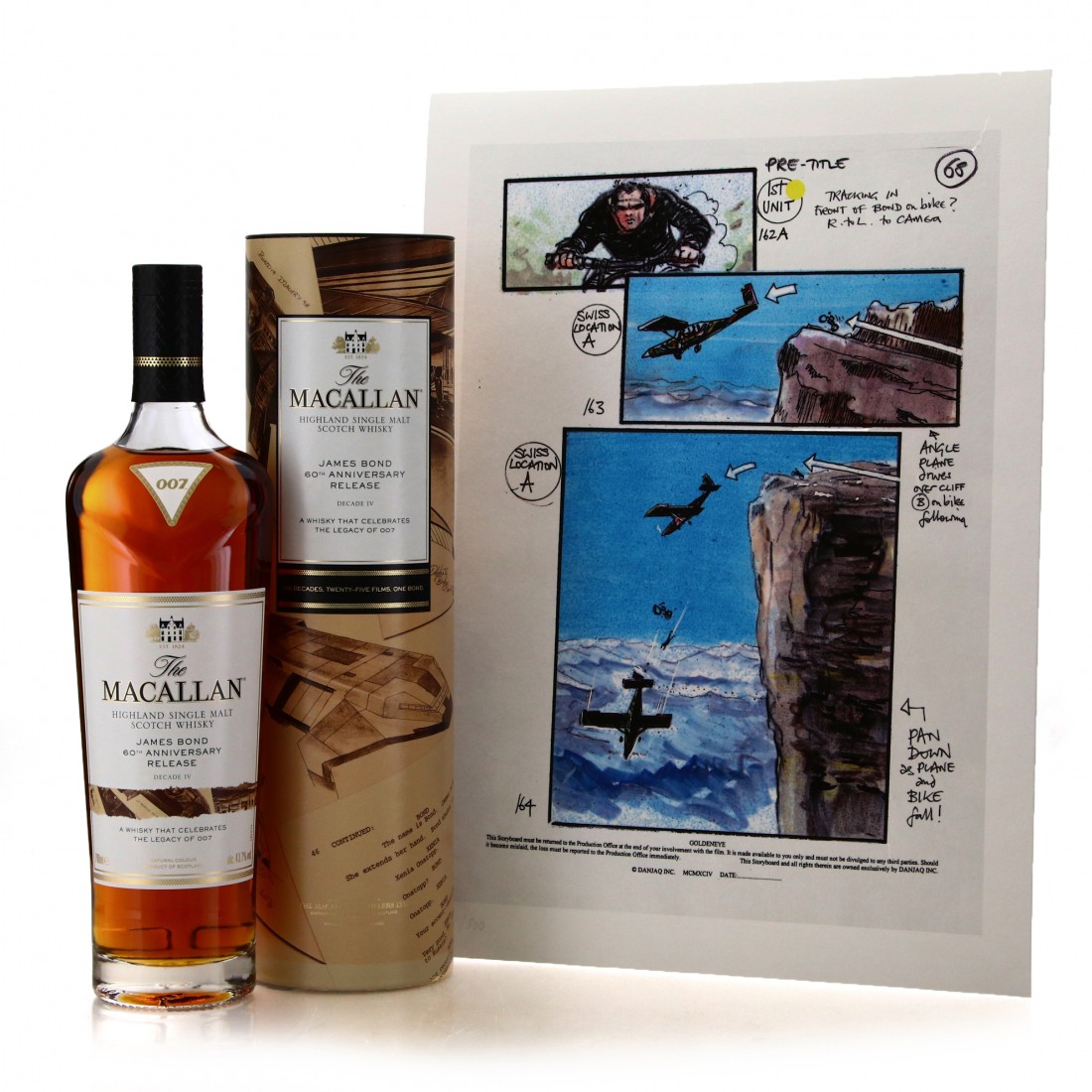 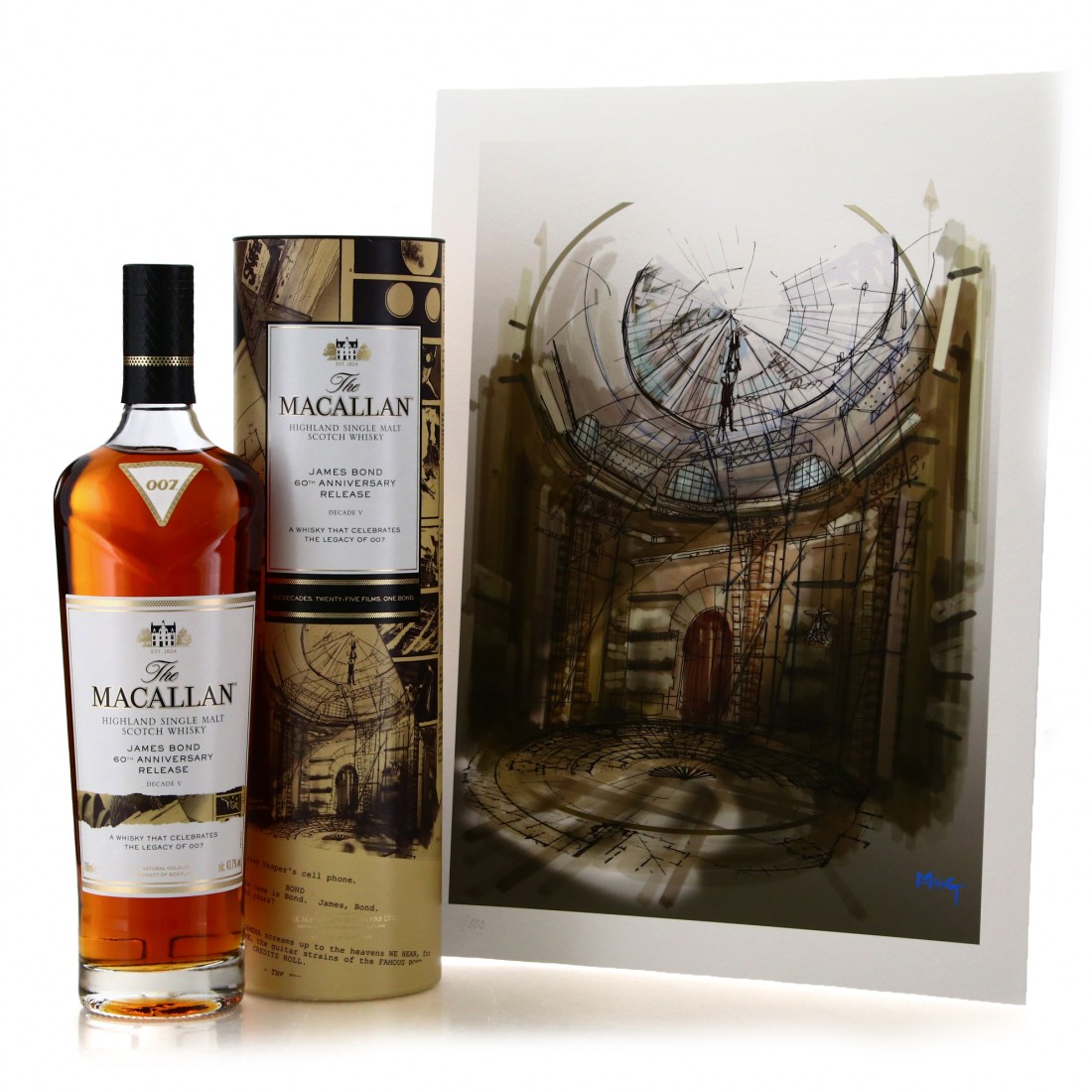 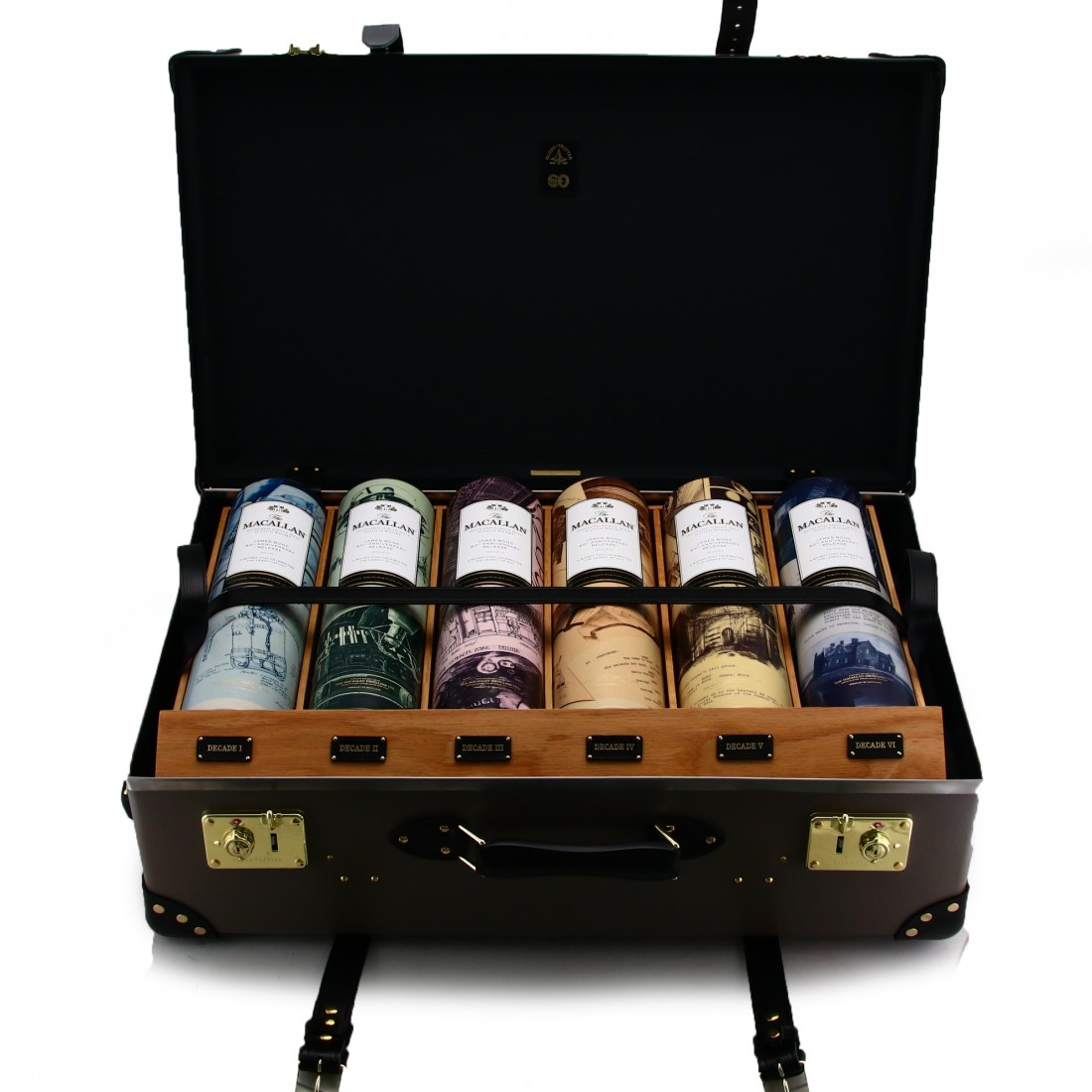 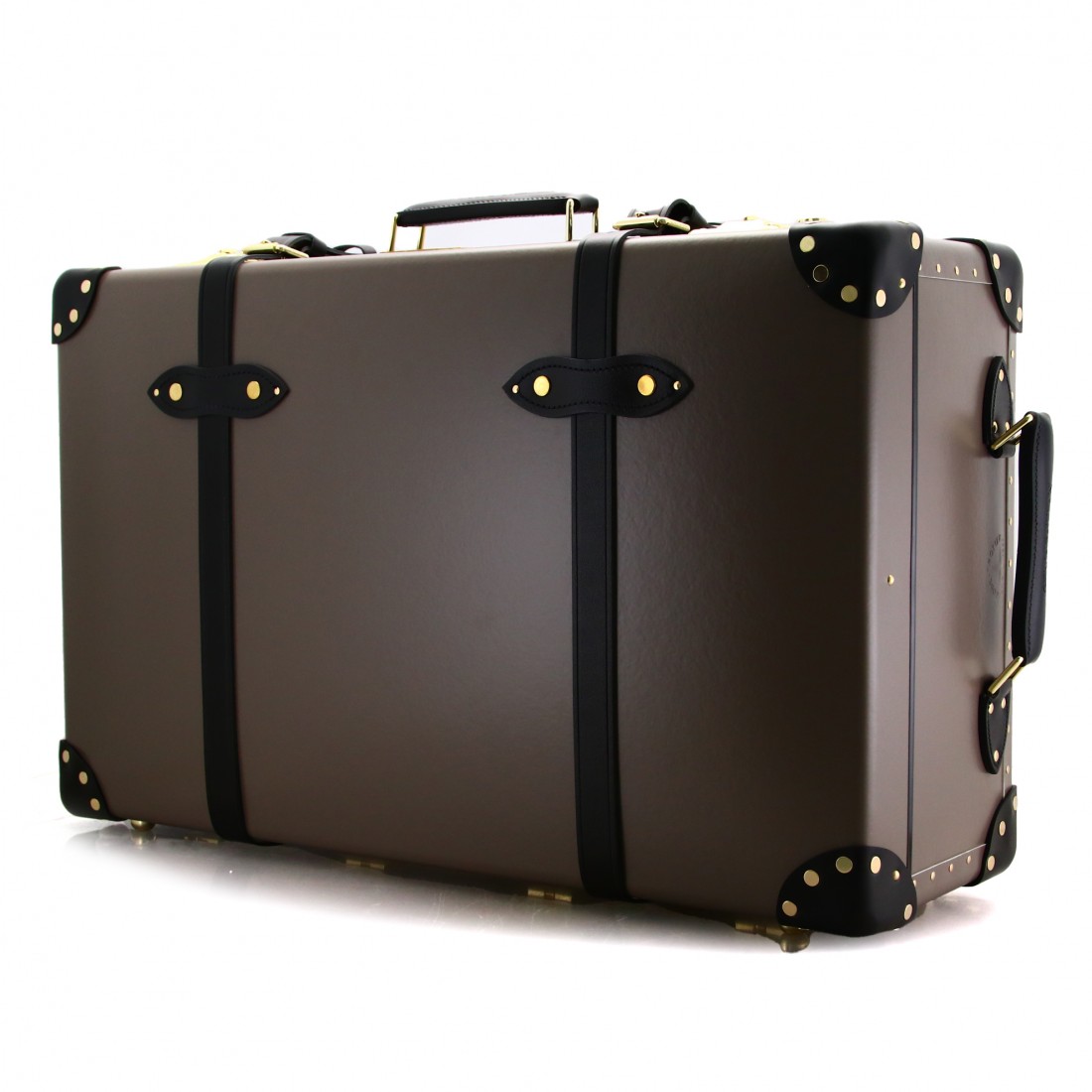 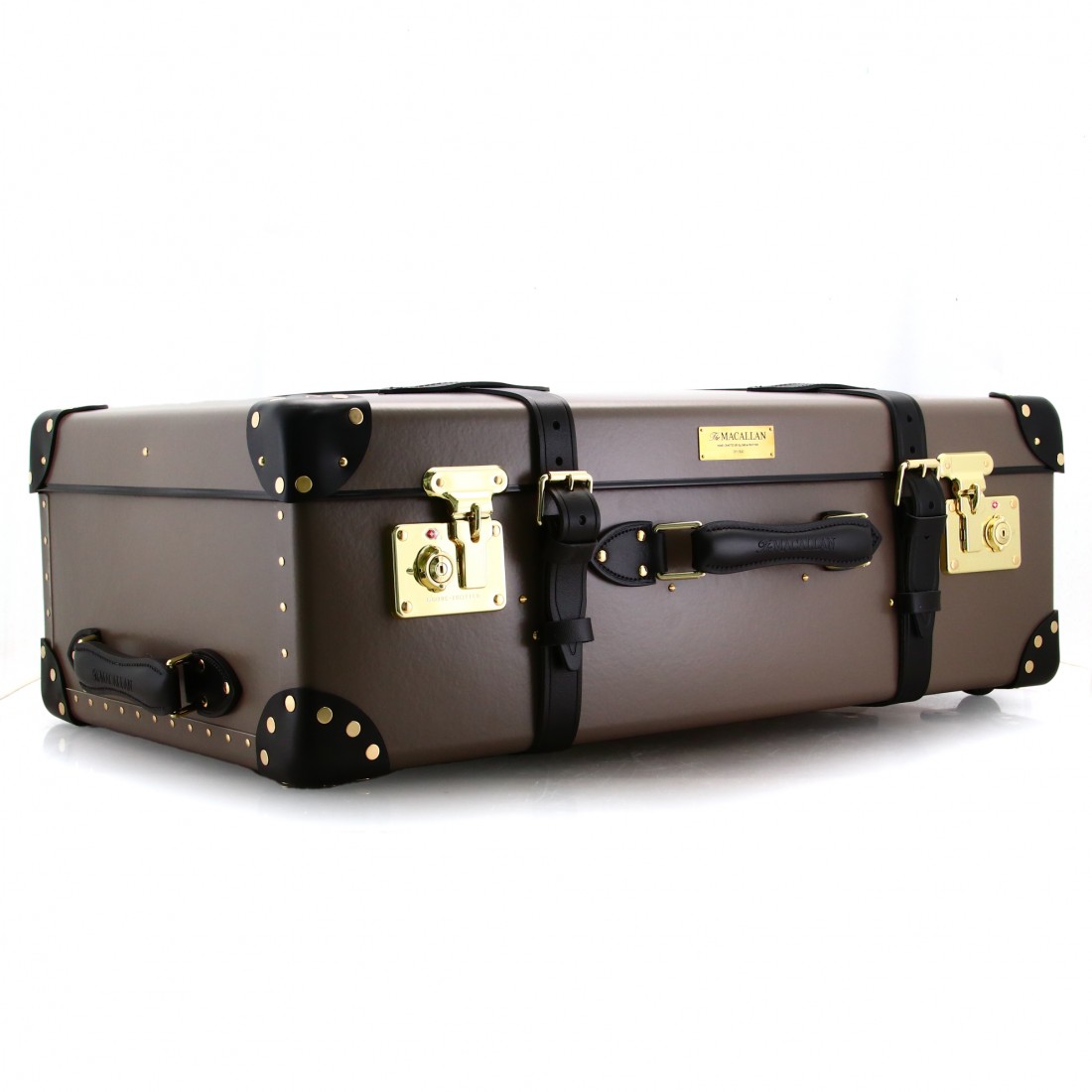 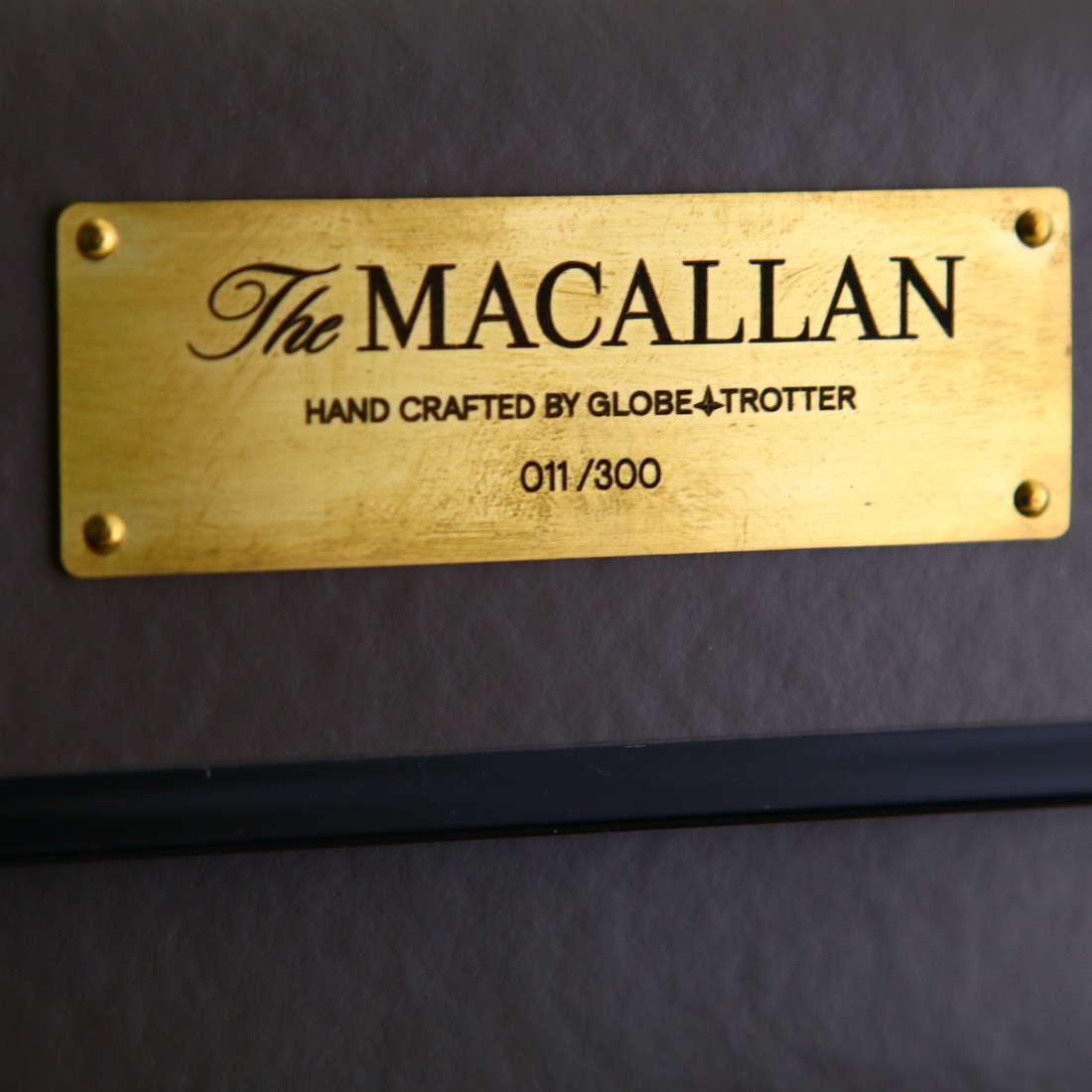 "A whisky which celebrates the legacy of 007"

The following lot is for the complete 2022 James Bond 60th anniversary collection from Macallan. The set is presented in a luxurious travel case produced by Globe Trotter.

It may be hard to imagine today, but for much of the 20th century, Macallan was primarily a constituent malt in blends. It was not until the 1980s downturn in the market that the distillery decided to focus on its single malt brand. Fortuitously, this coincided with the crest of a wave of enthusiasm for the high quality releases that the distillery had licensed to Campbell, Hope & King and Gordon & MacPhail in the 1960s and 1970s. These remain some of the most collectible on the market. While global single malt sales volume is still lead by Speyside neighbours, Glenfiddich and Glenlivet, Macallan is easily the most sought after. So much so in fact, that they had to open a brand new distillery in 2018, a subterranean architectural masterpiece within the Easter Elchies estate, boasting 36 copper pot stills. This lot consists of the following:

NOTE: Due to the weight and size of this lot, it will include a eight bottle shipping fee.