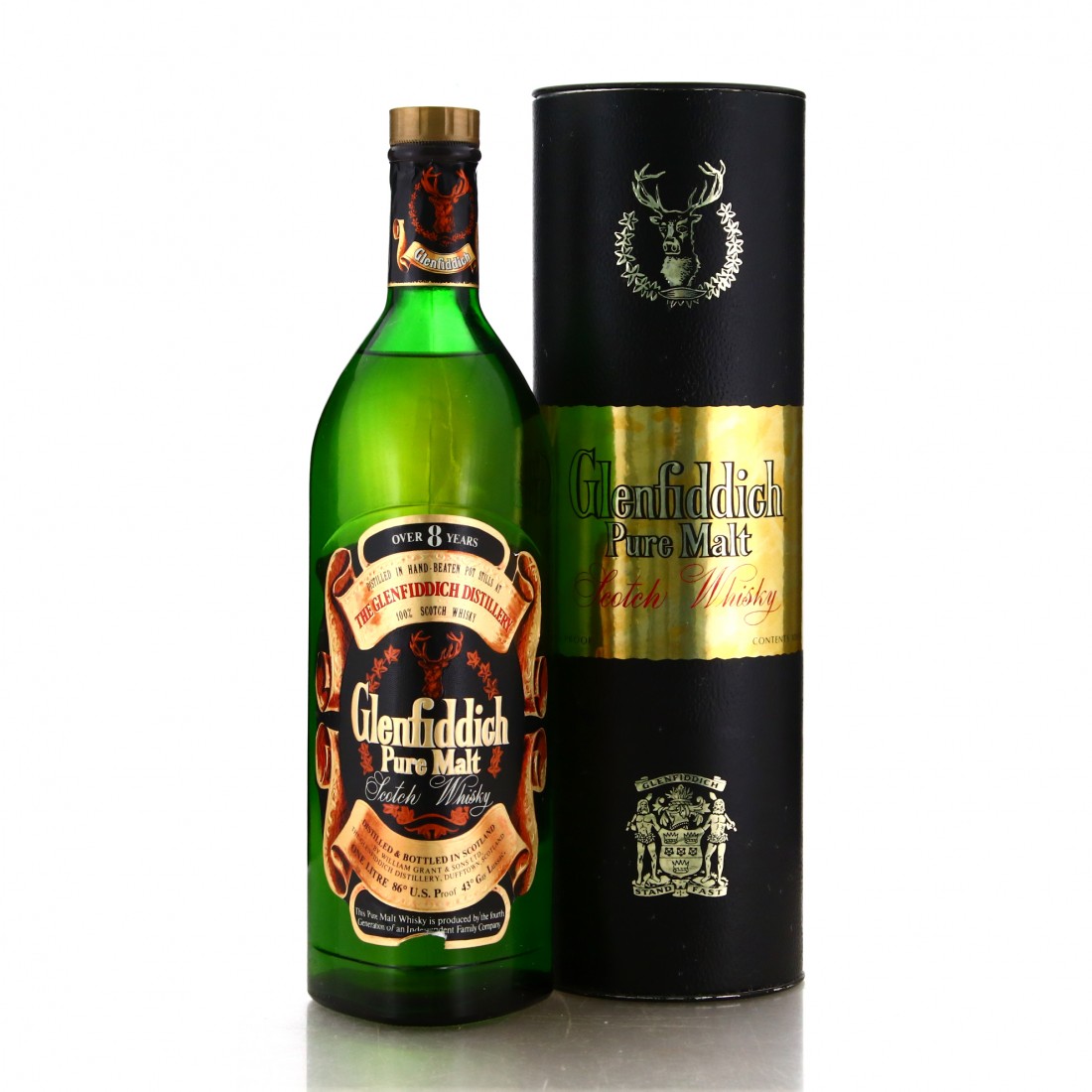 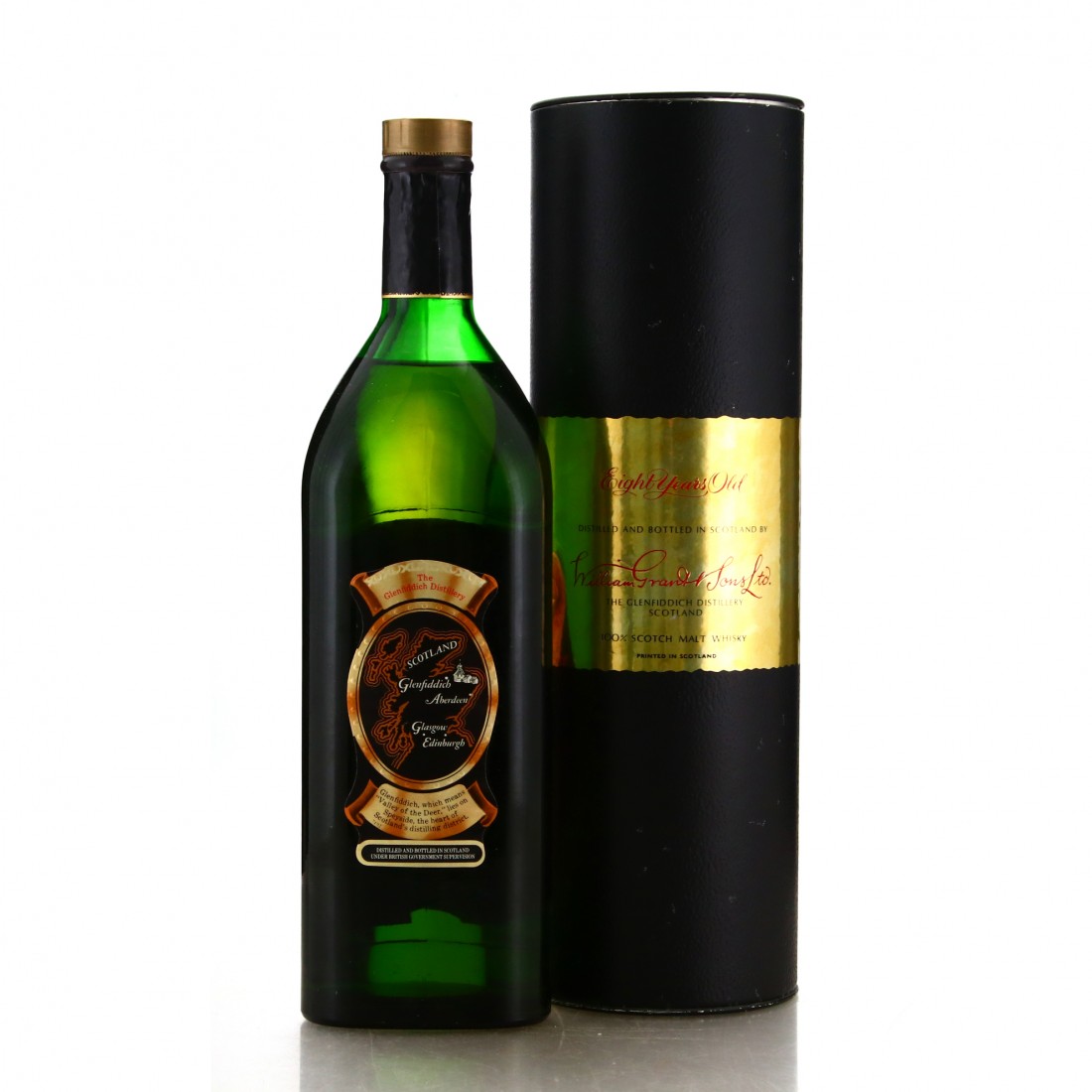 This is a 1970s release of the core-range product, presented in the iconic triangular bottle, designed for the company in 1956 and first used for the Glenfiddich brand in 1961. The 1970s was also the first decade that the world-famous stag logo was adopted. Interestingly, despite being the world's first single malt brand, the words Pure Malt were given prominence over "single malt" on the label until the year 2000.

In the 1970s and 1980s, Glenfiddich marketed different age statements in different markets. The US were sold a 10 year old, Japan got a 10 and 12 year old, and this 8 year old was predominantly sold in Italy. They were all replaced by a non-age statement expression in the 1990s.