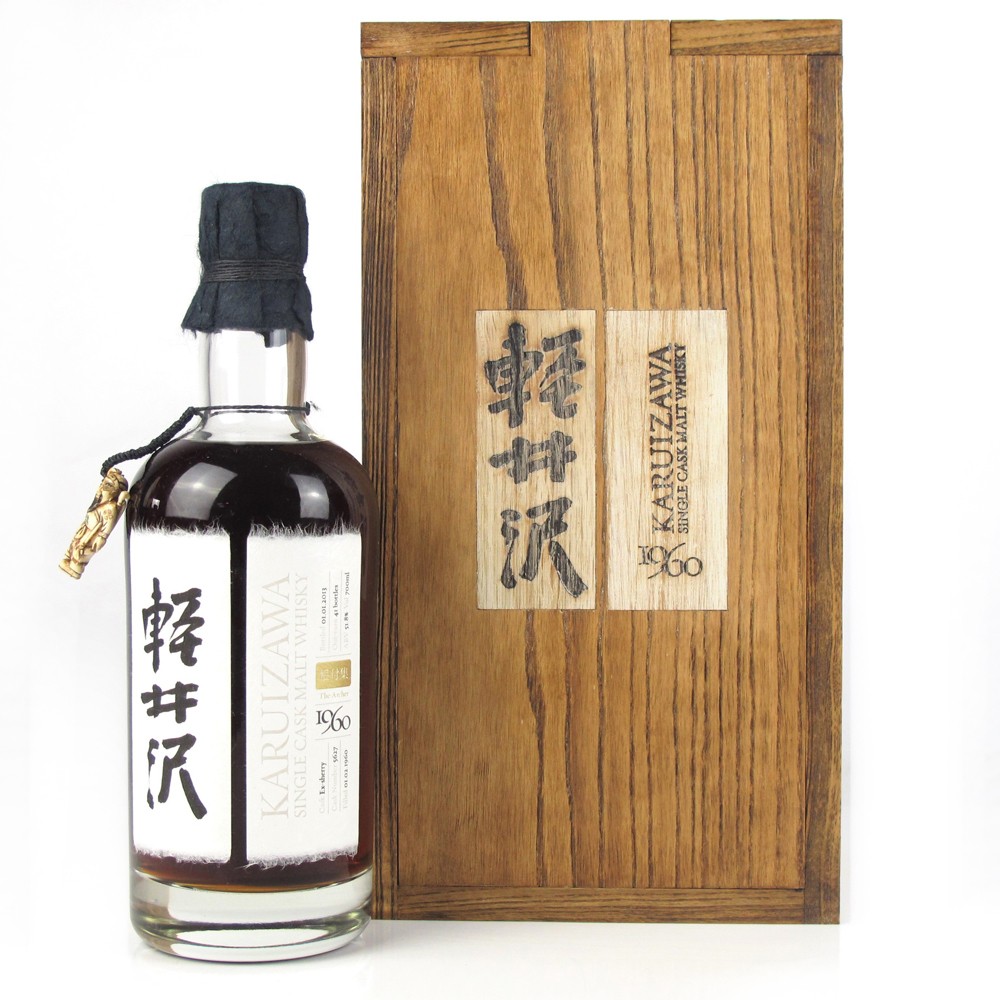 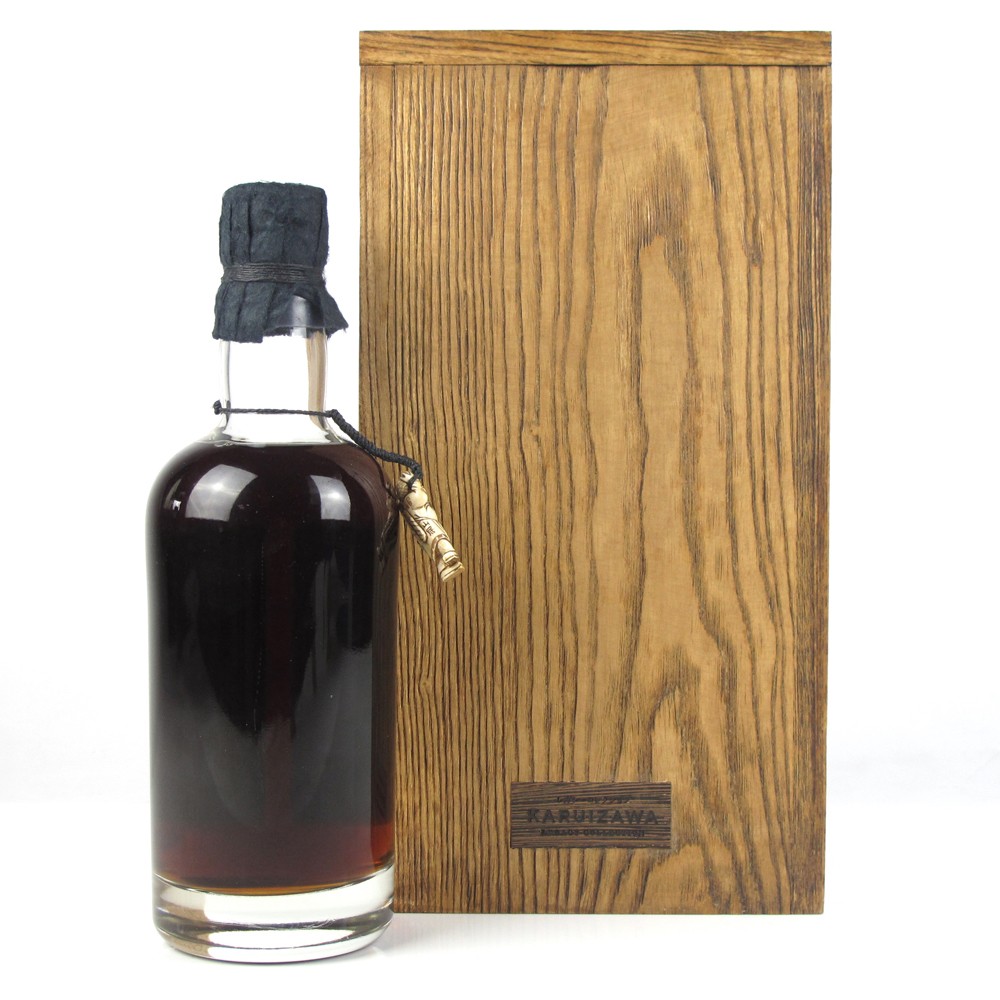 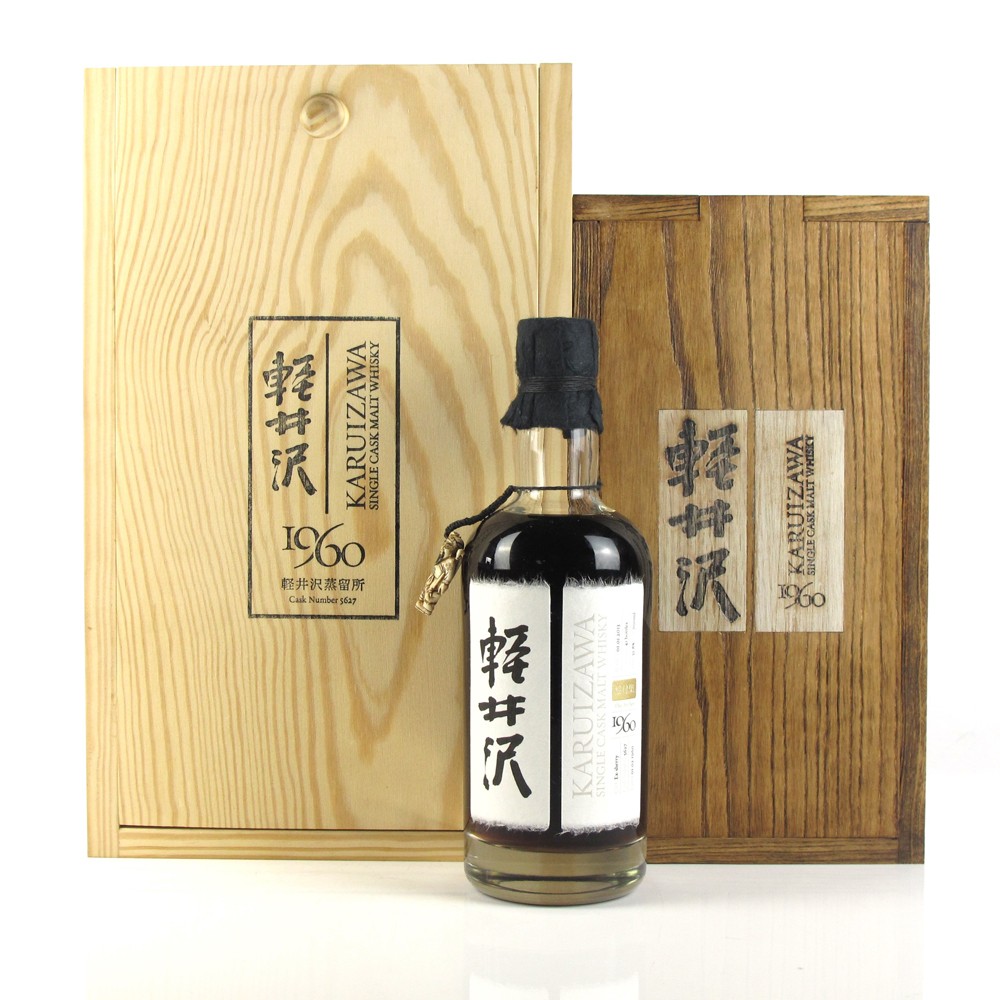 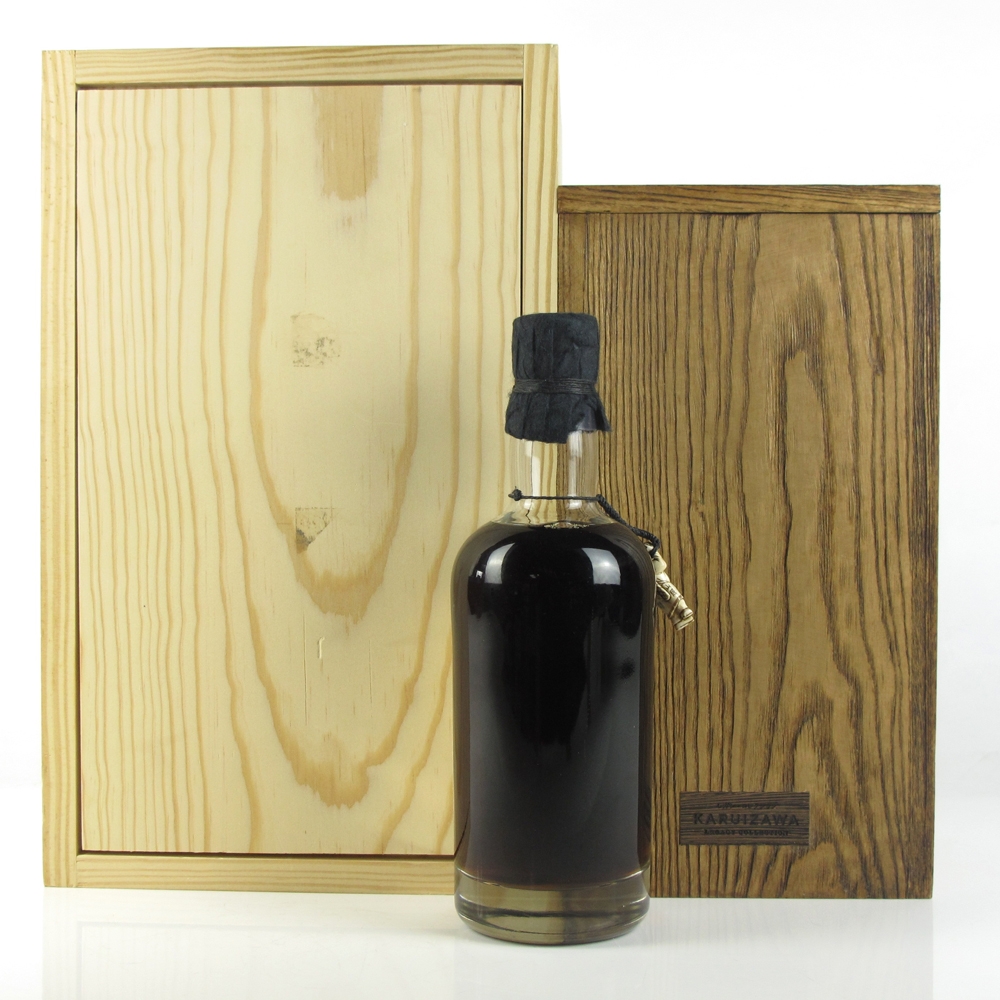 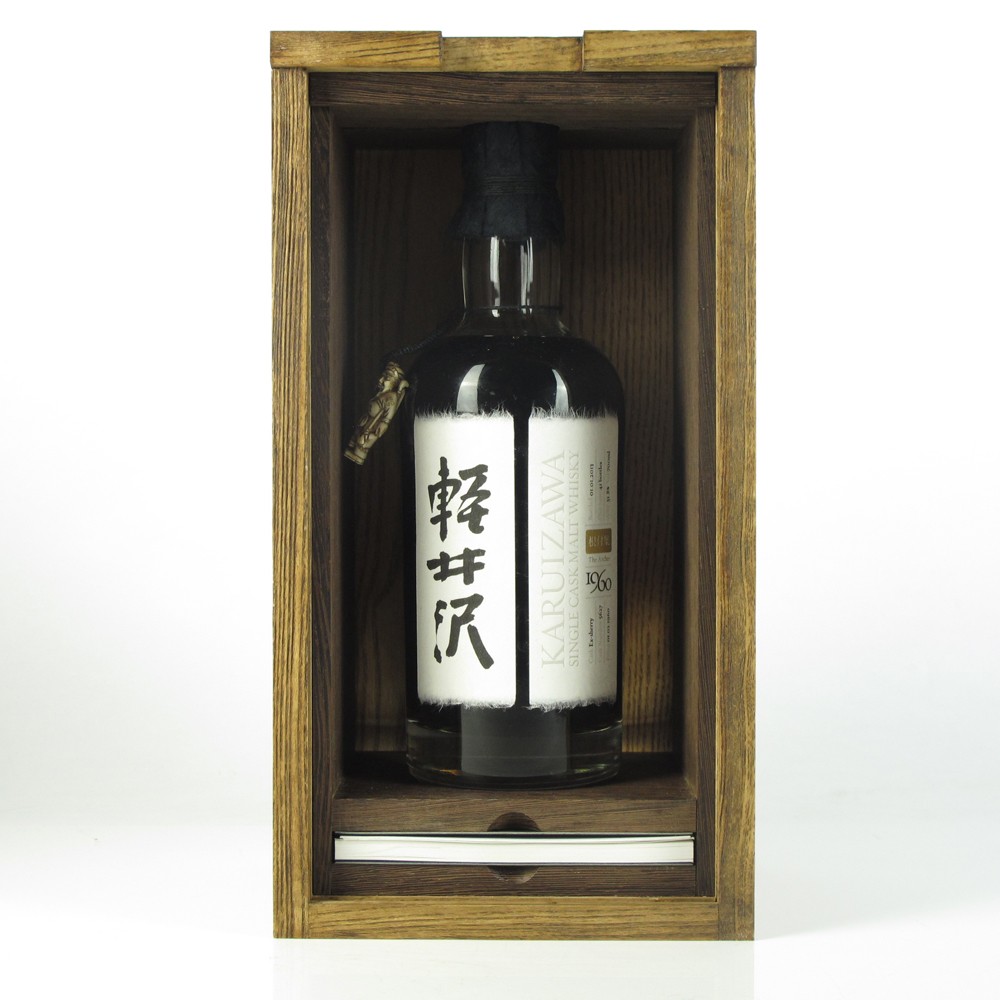 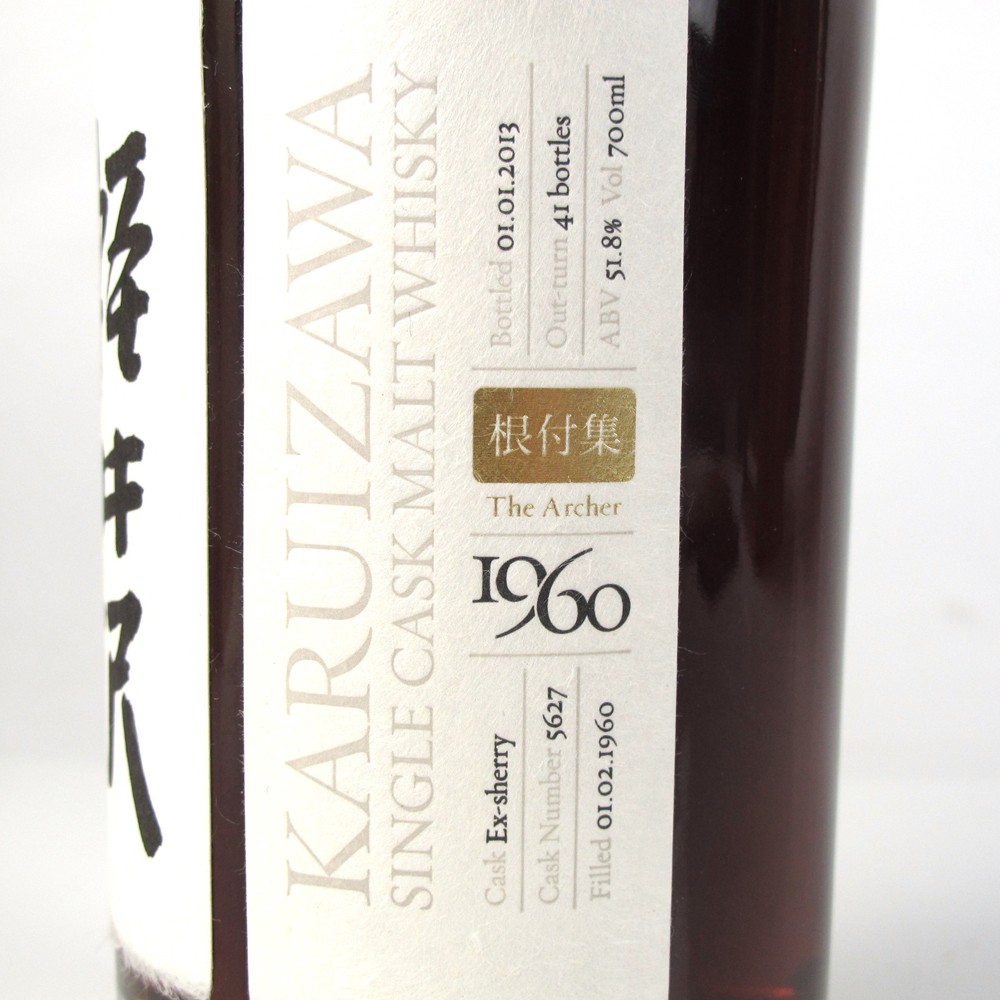 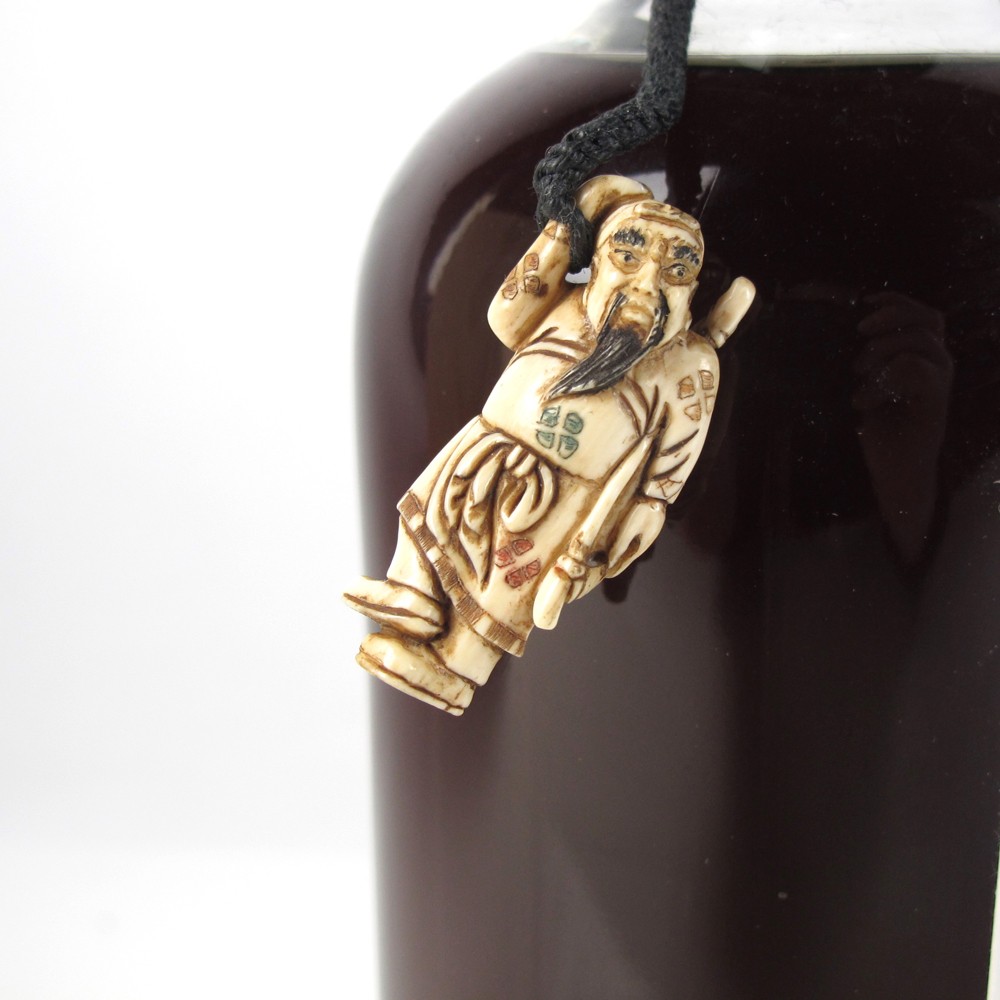 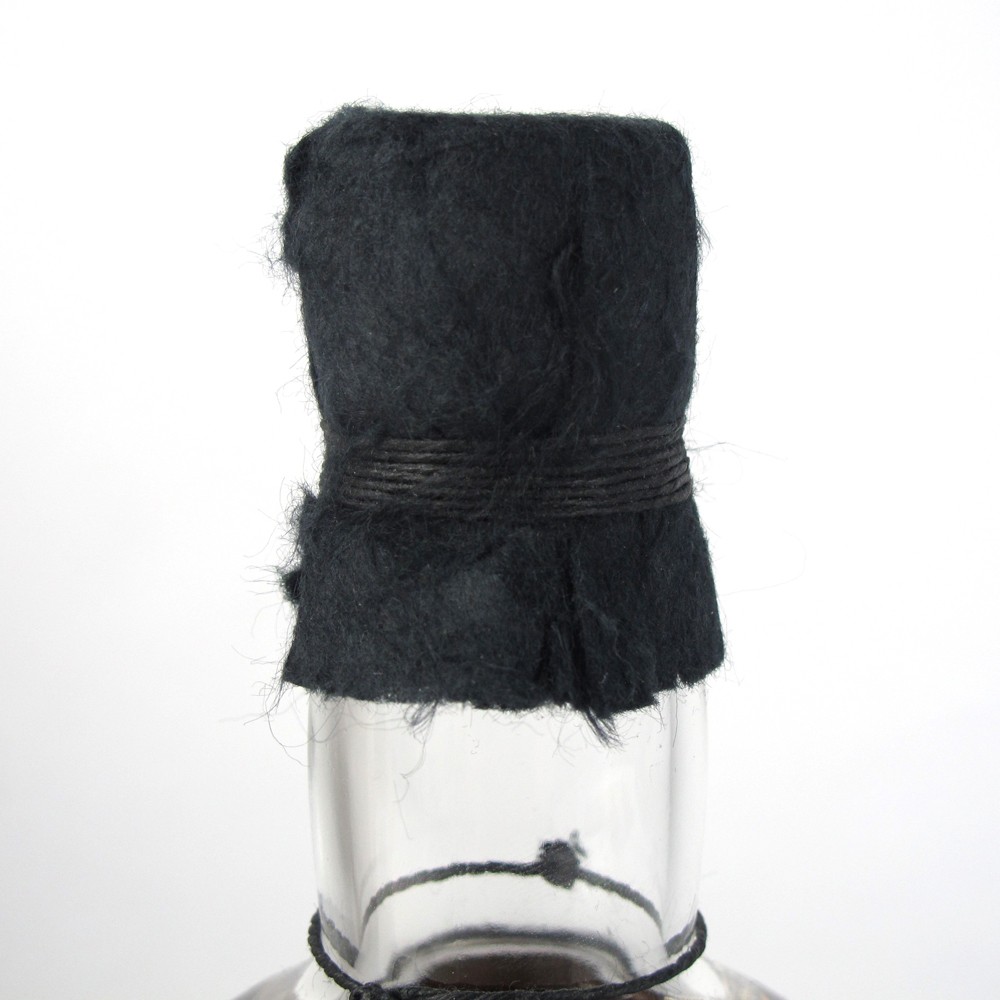 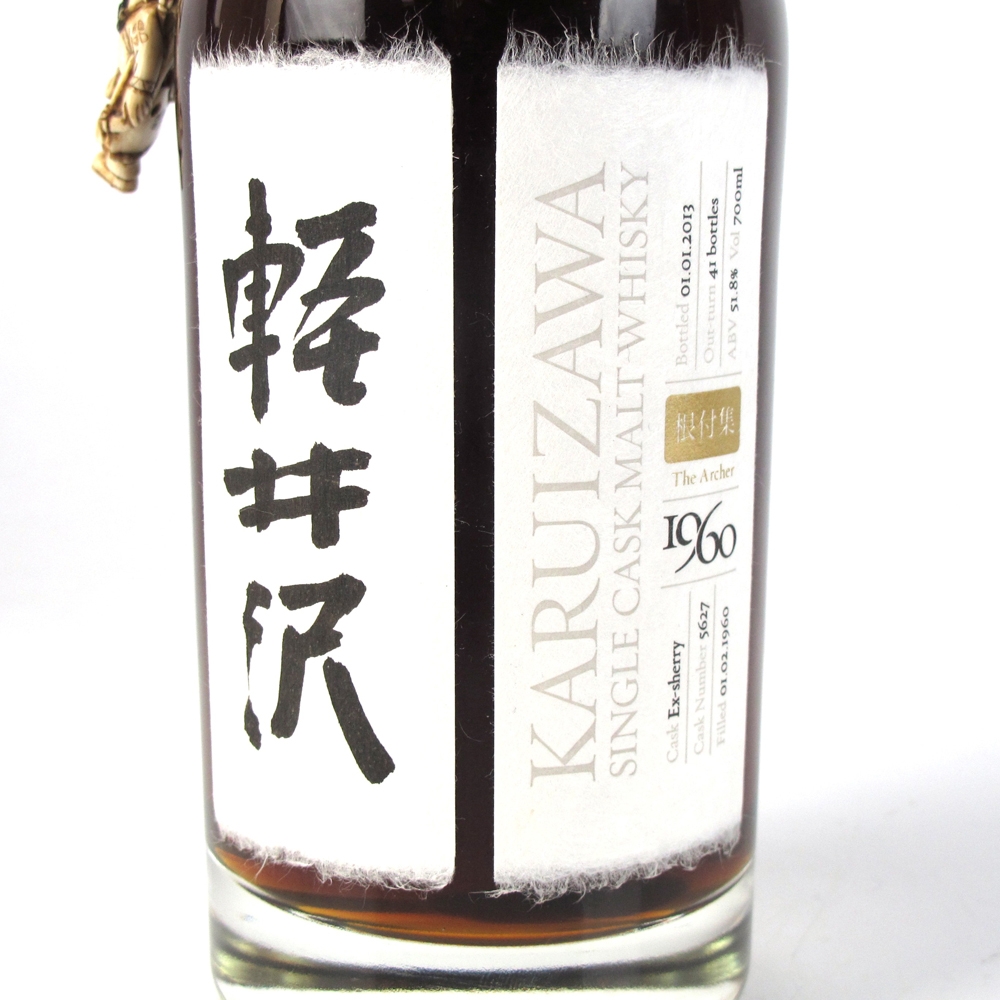 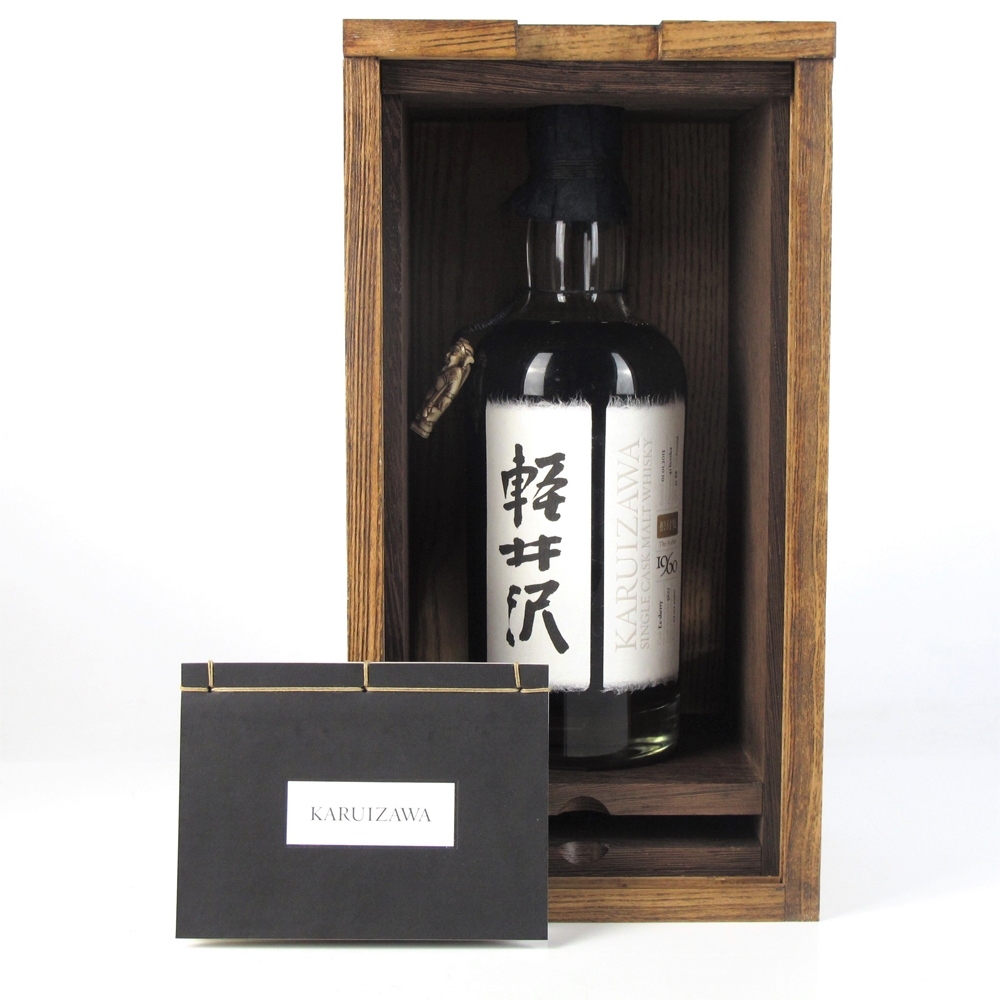 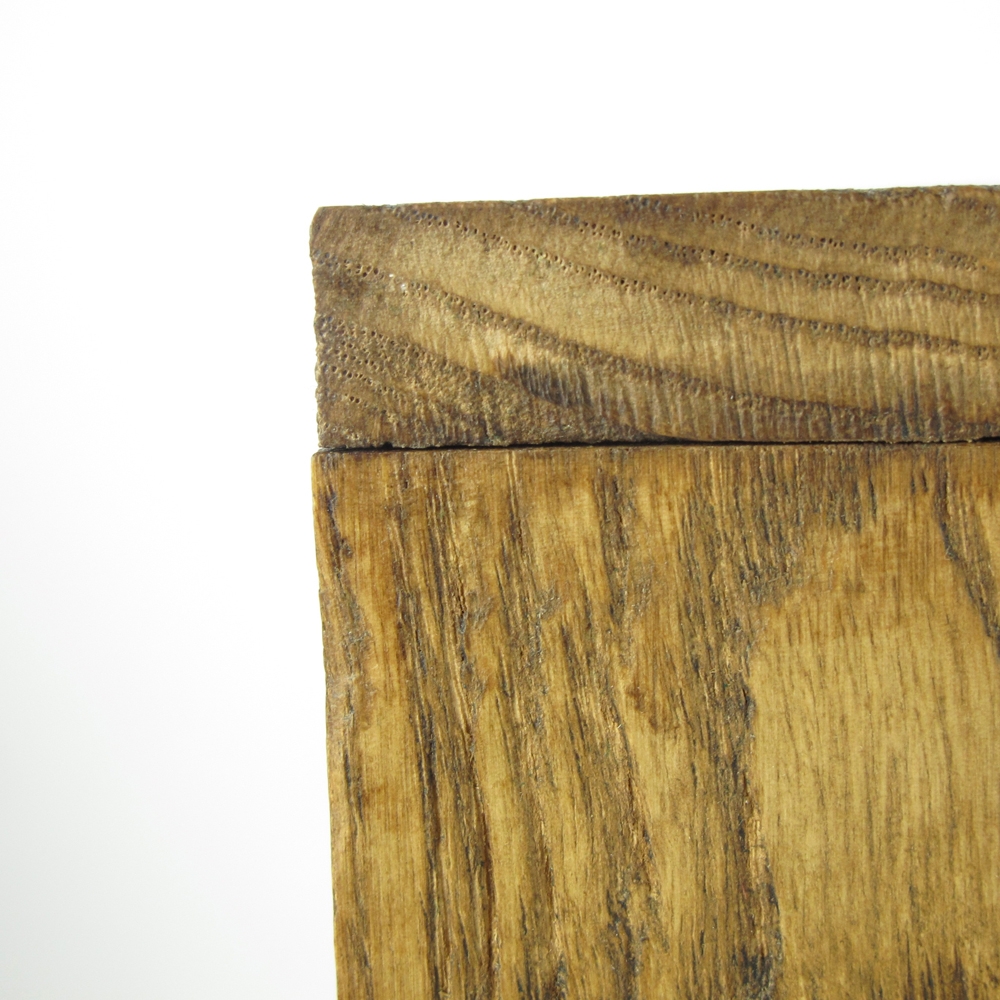 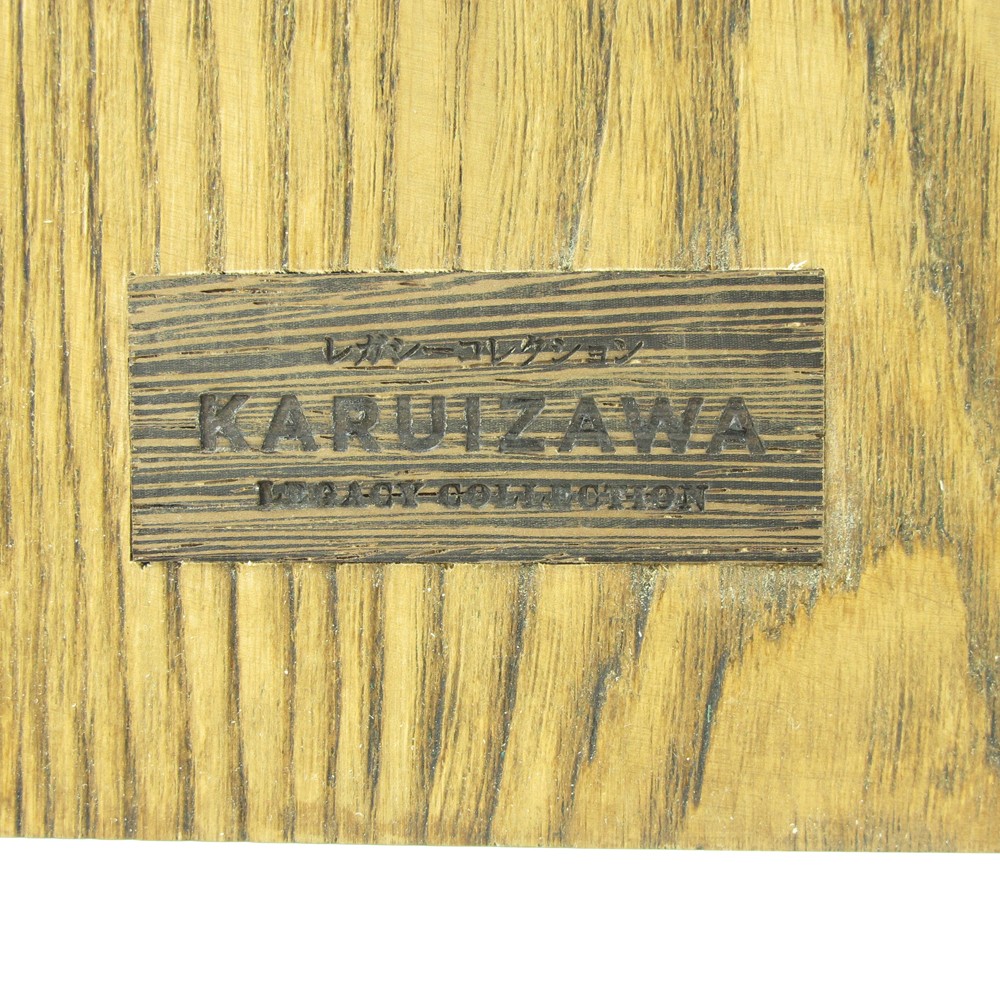 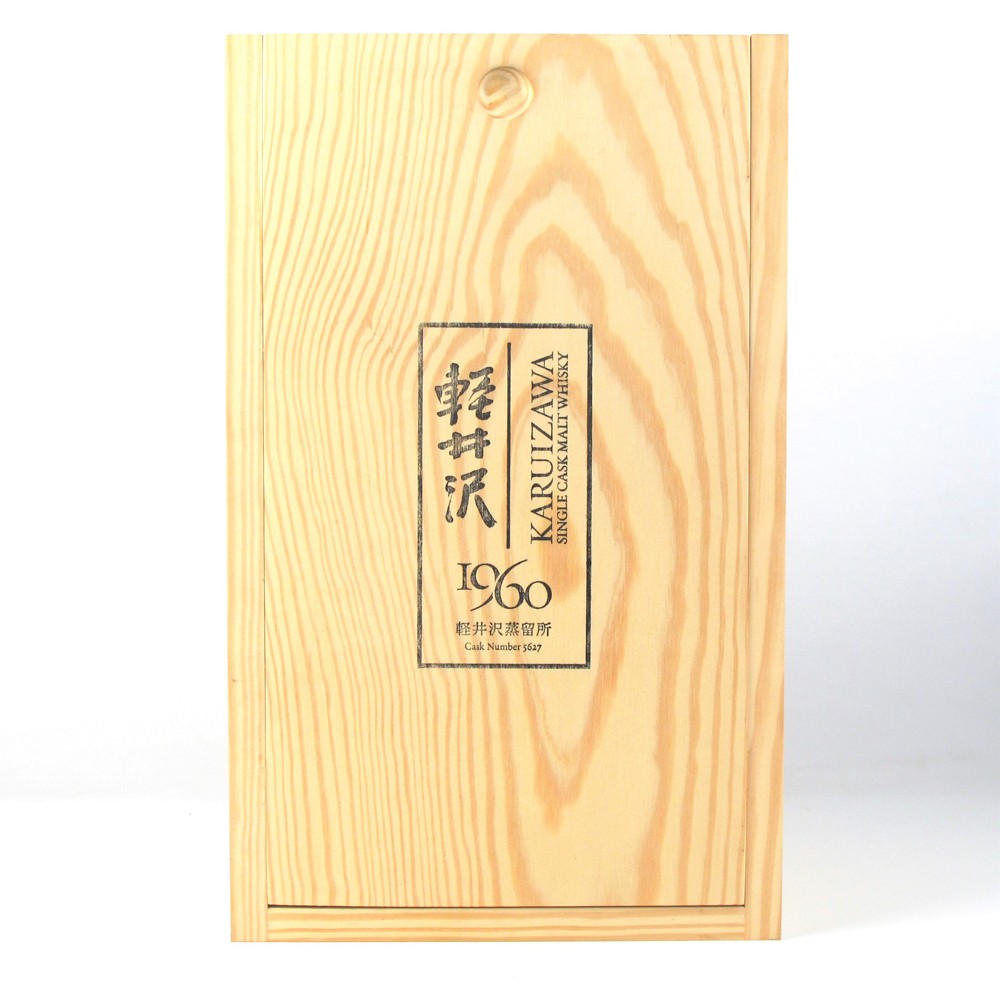 Distilled in 1960 and matured in single ex-sherry cask #5627 that yielded only 41 bottles. More personal and exacting than mere bottle-numbers, each of these 41 bottles is individually named and adorned with a matching katabori netsuke (carved figurine) strung around the bottle's neck.  This bottle has been named "The Archer." Filled on the 1st of February 1960, and bottled on the 1st of January 2013.

The packaging is no less sublime or story-worthy!  A deep yet subtle East-meets-West approach featuring a pair of Washi paper labels - one hand-painted in Japan, the other artisanally printed in Glasgow; the inner box being a traditional Japanese puzzle-box, built from dark Wenge wood, in England, and inlaid with actual pieces of the cask; in contrast the outer box is produced from lightly coloured White Ash wood. This creates a dramatic representation of storing an incredible whisky in oak casks: Attractive wooden outer, charred wooden inner, whisky within.

This is, hands-down, the oldest and rarest Japanese whisky we've ever had to offer by auction!