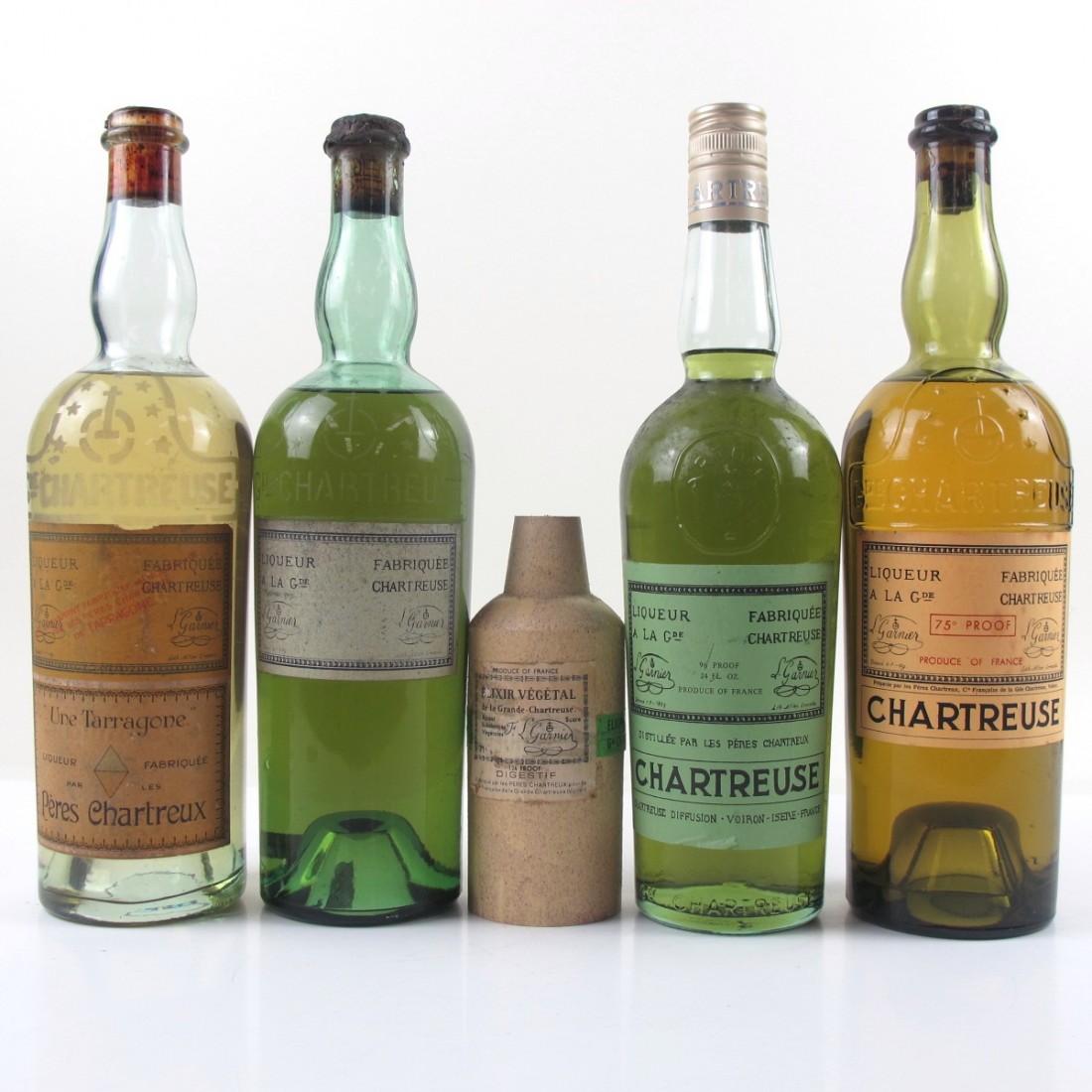 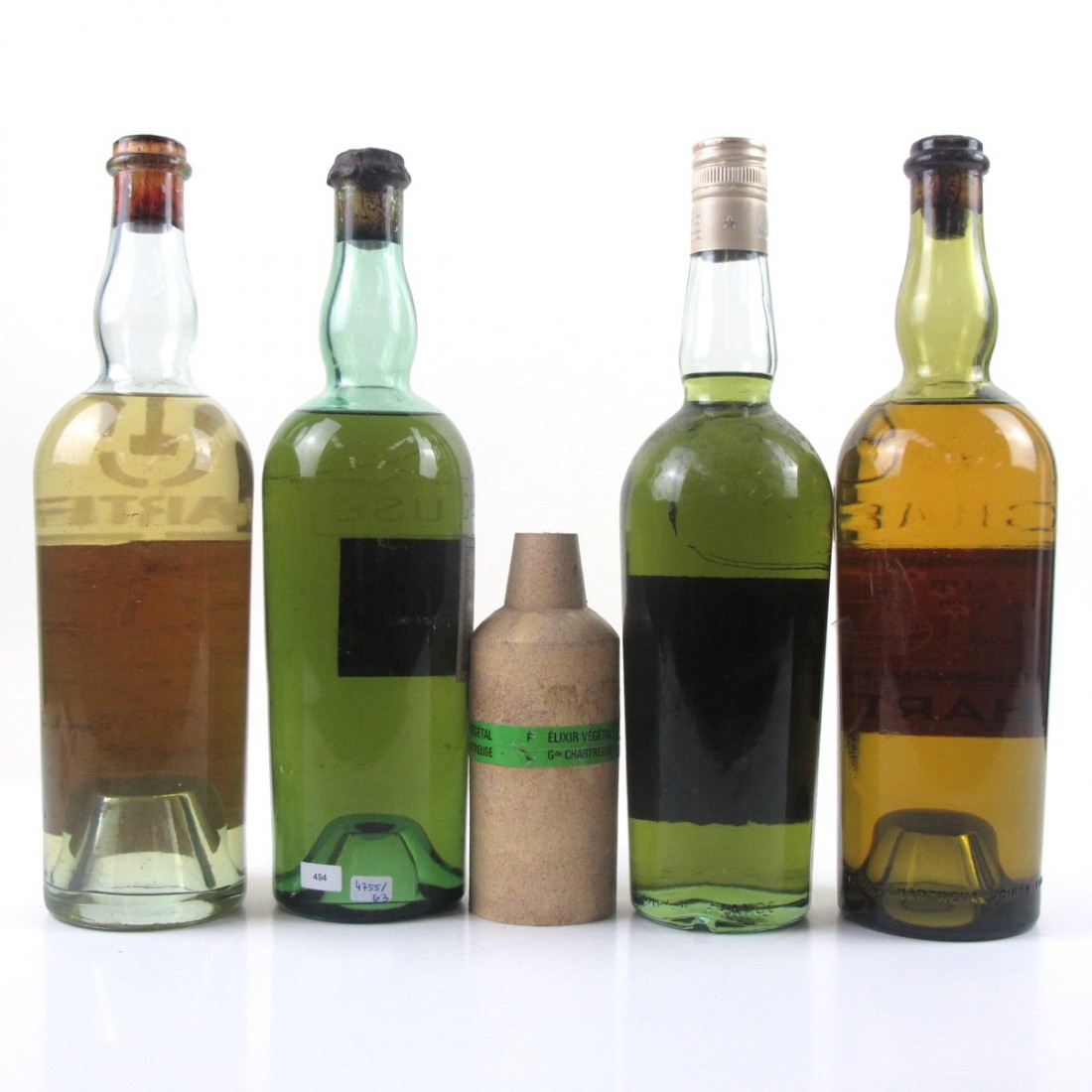 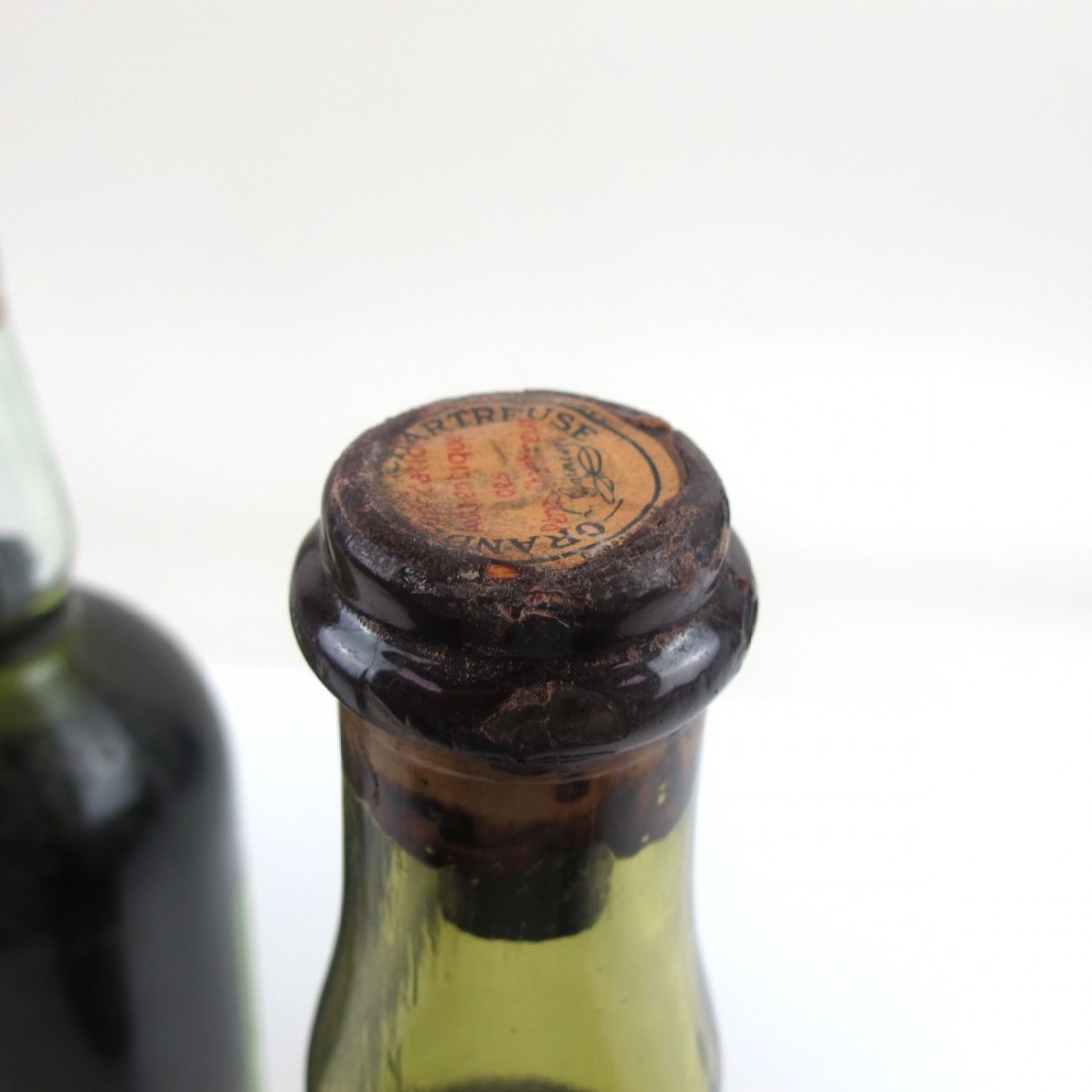 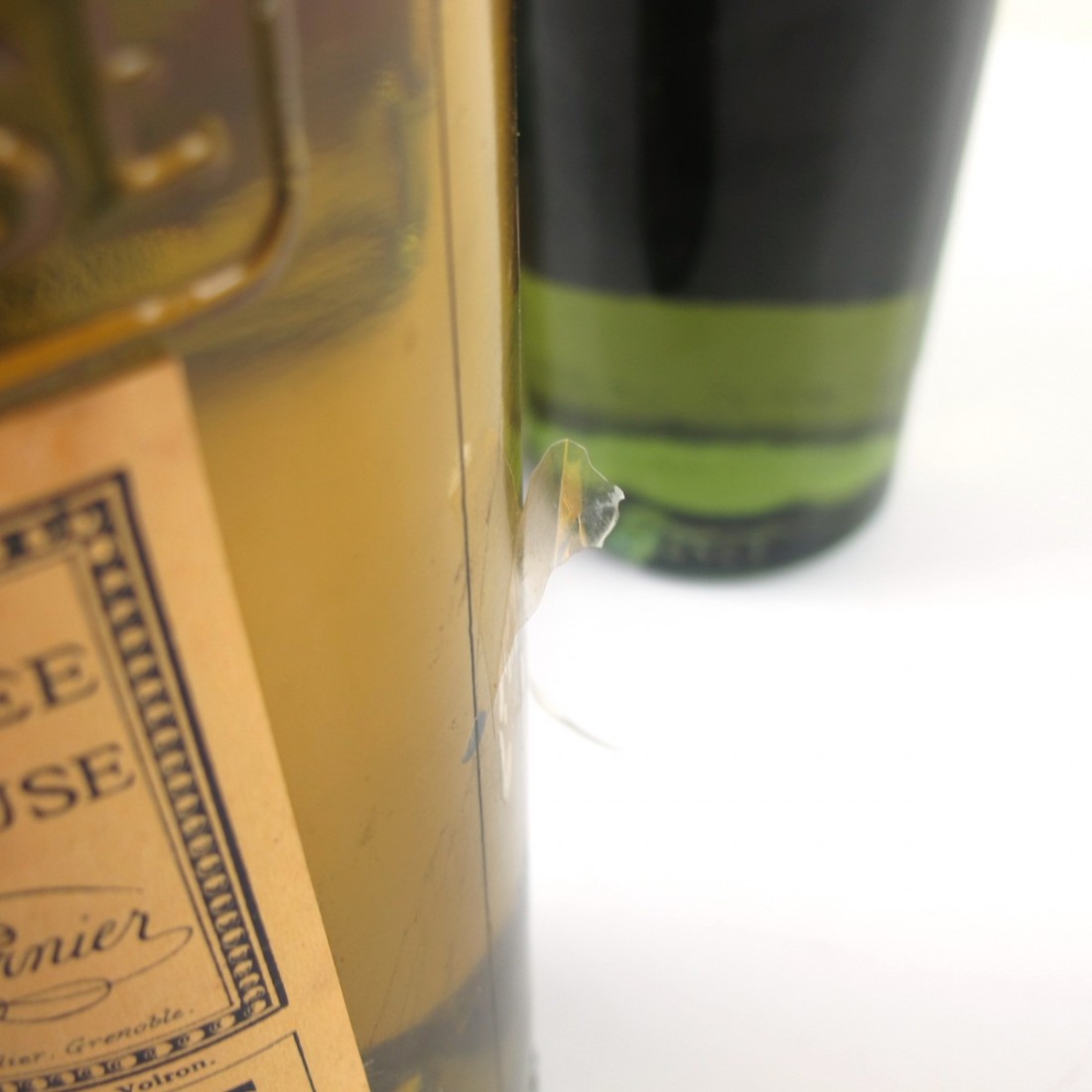 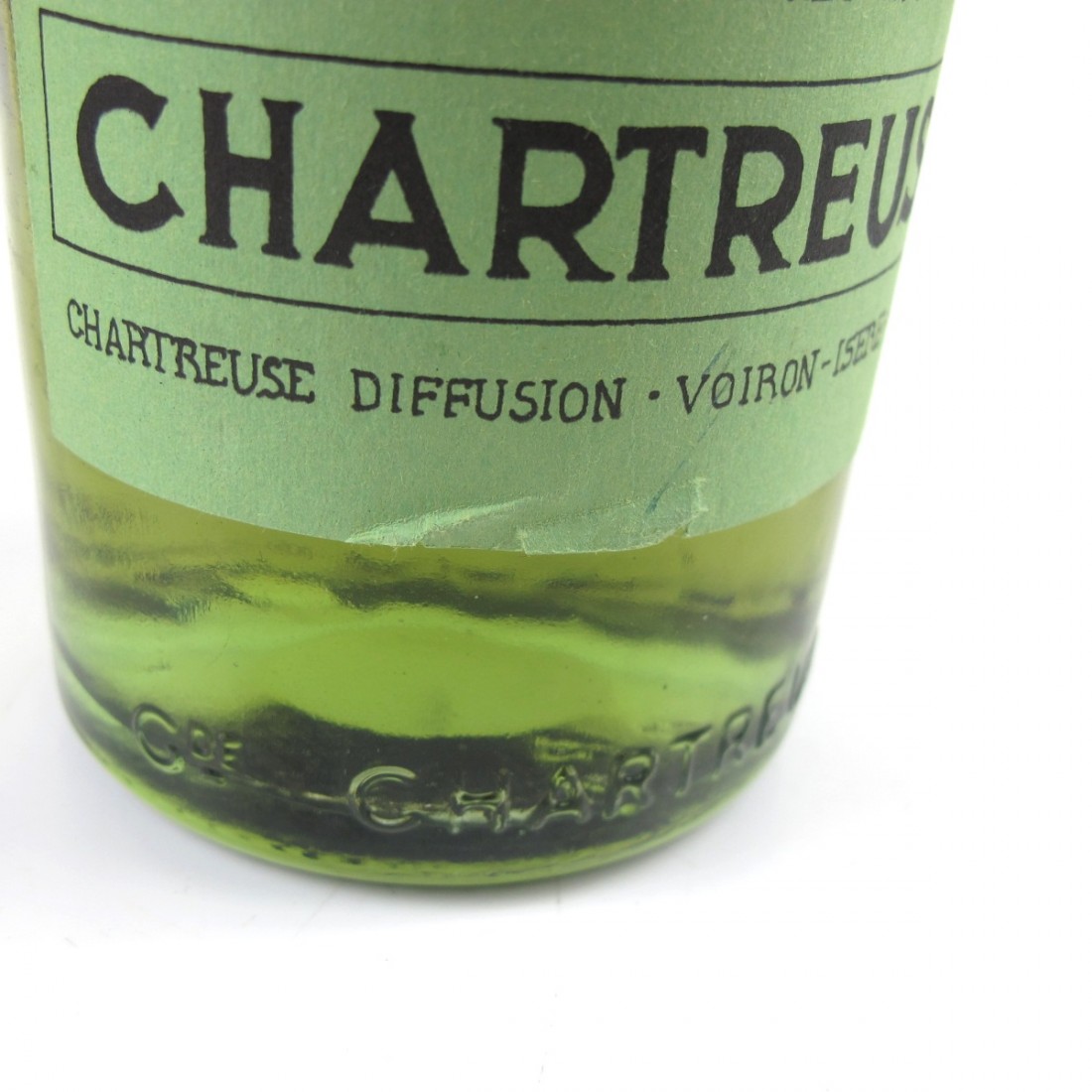 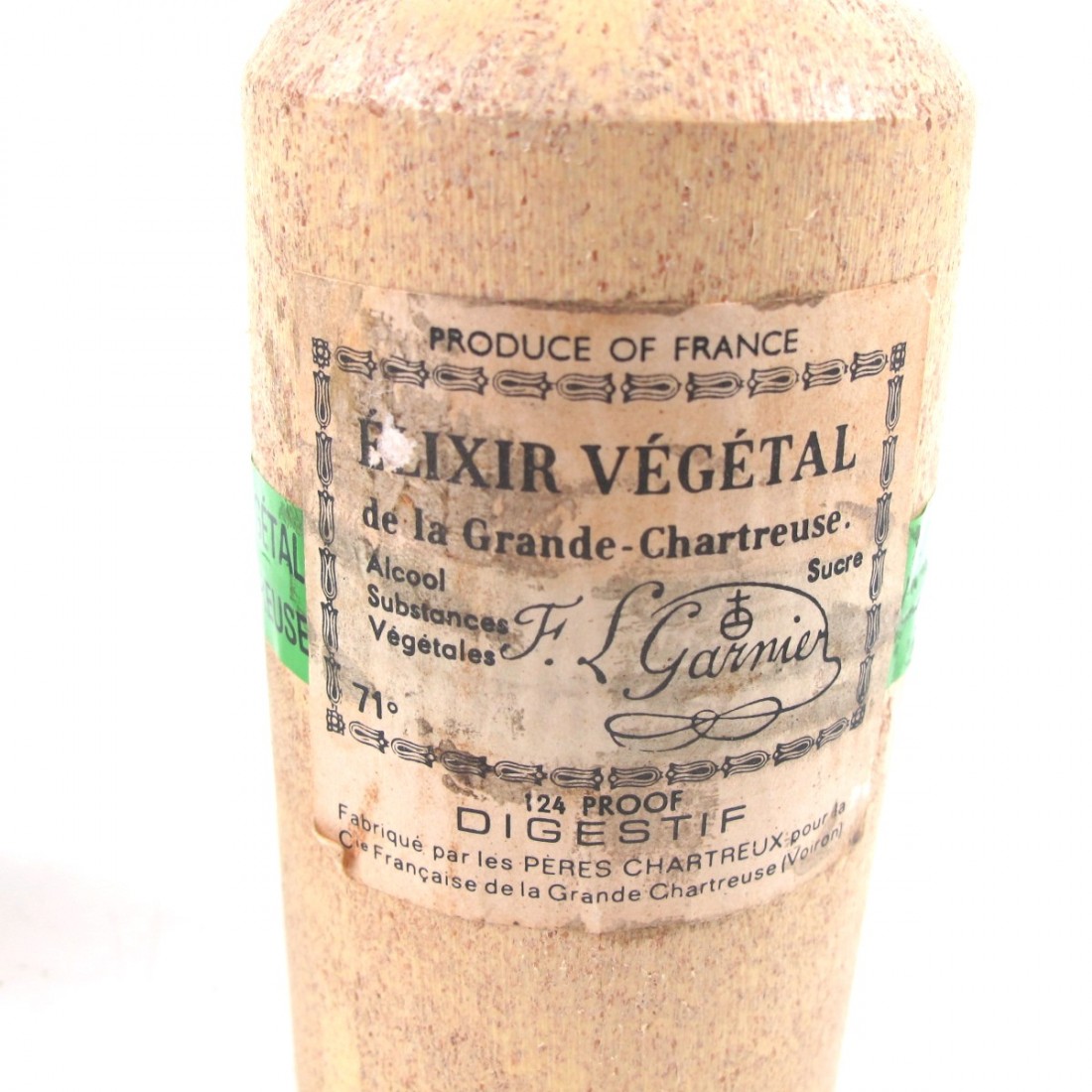 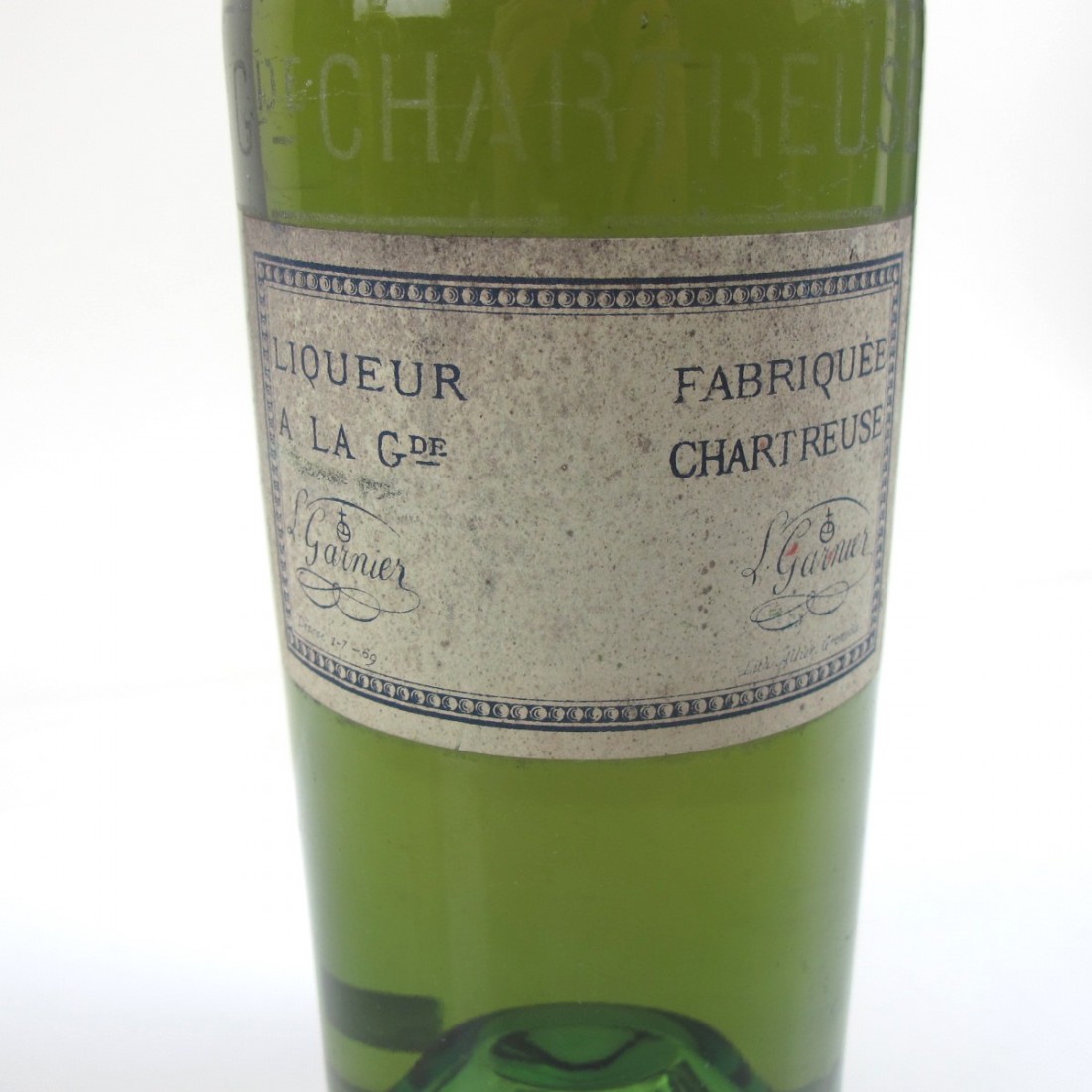 Centre: A miniature bottle of Elixir Vegetal de la Grand-Chartreuse, produced at Voiron, France. An extremely potent version of Green Chartreuse bottles at a whopping 124 proof. The bottle is sealed within it's origional packaging and sold as such.