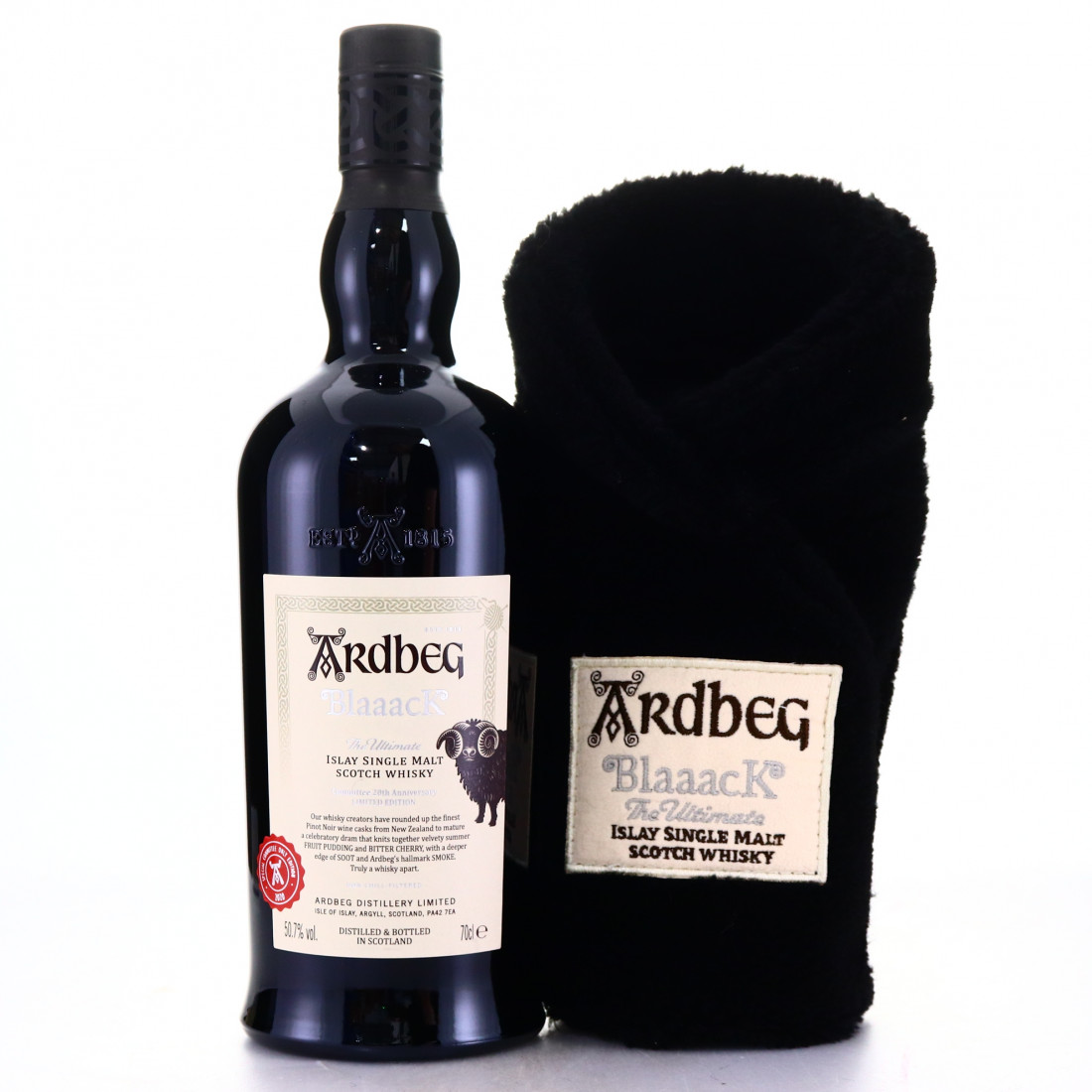 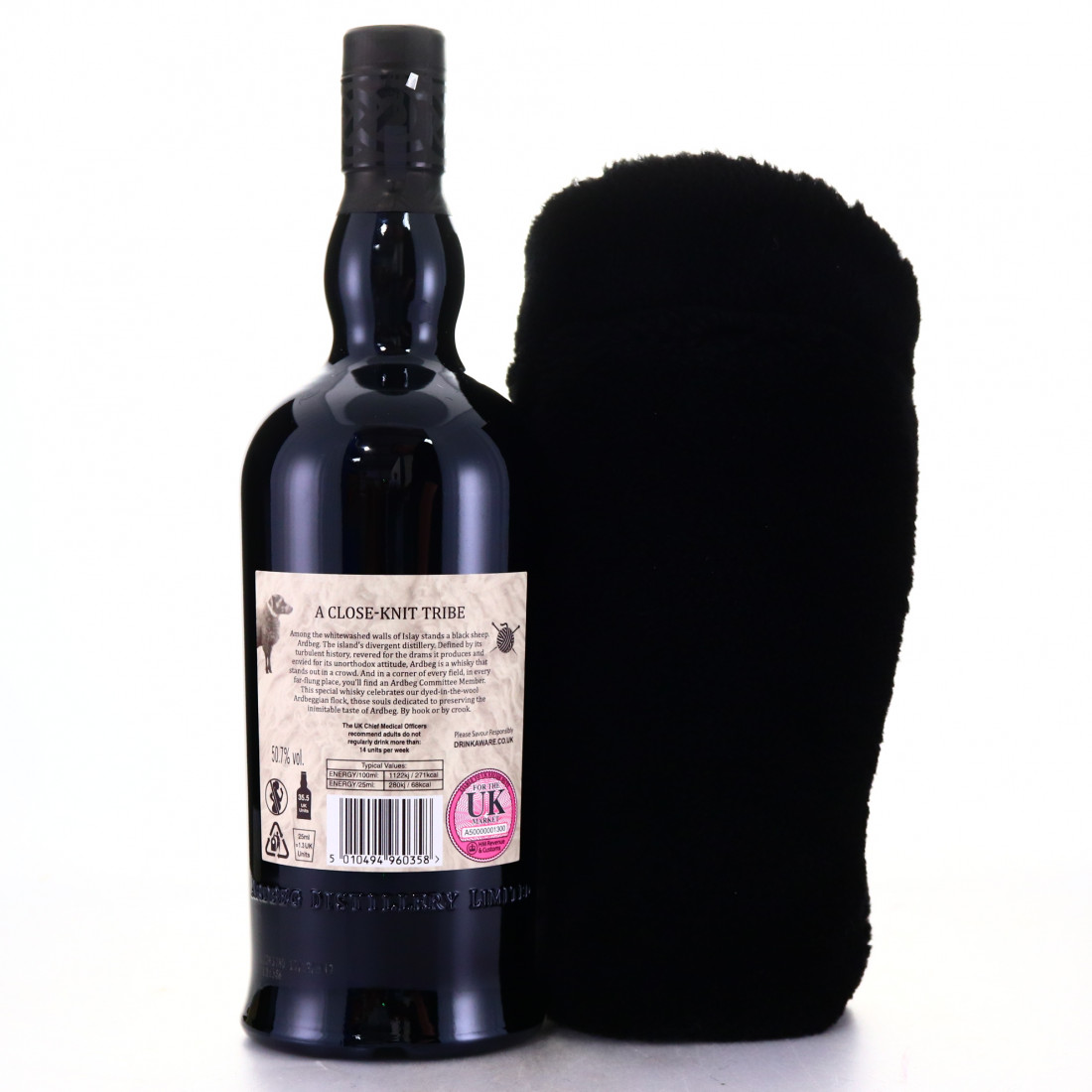 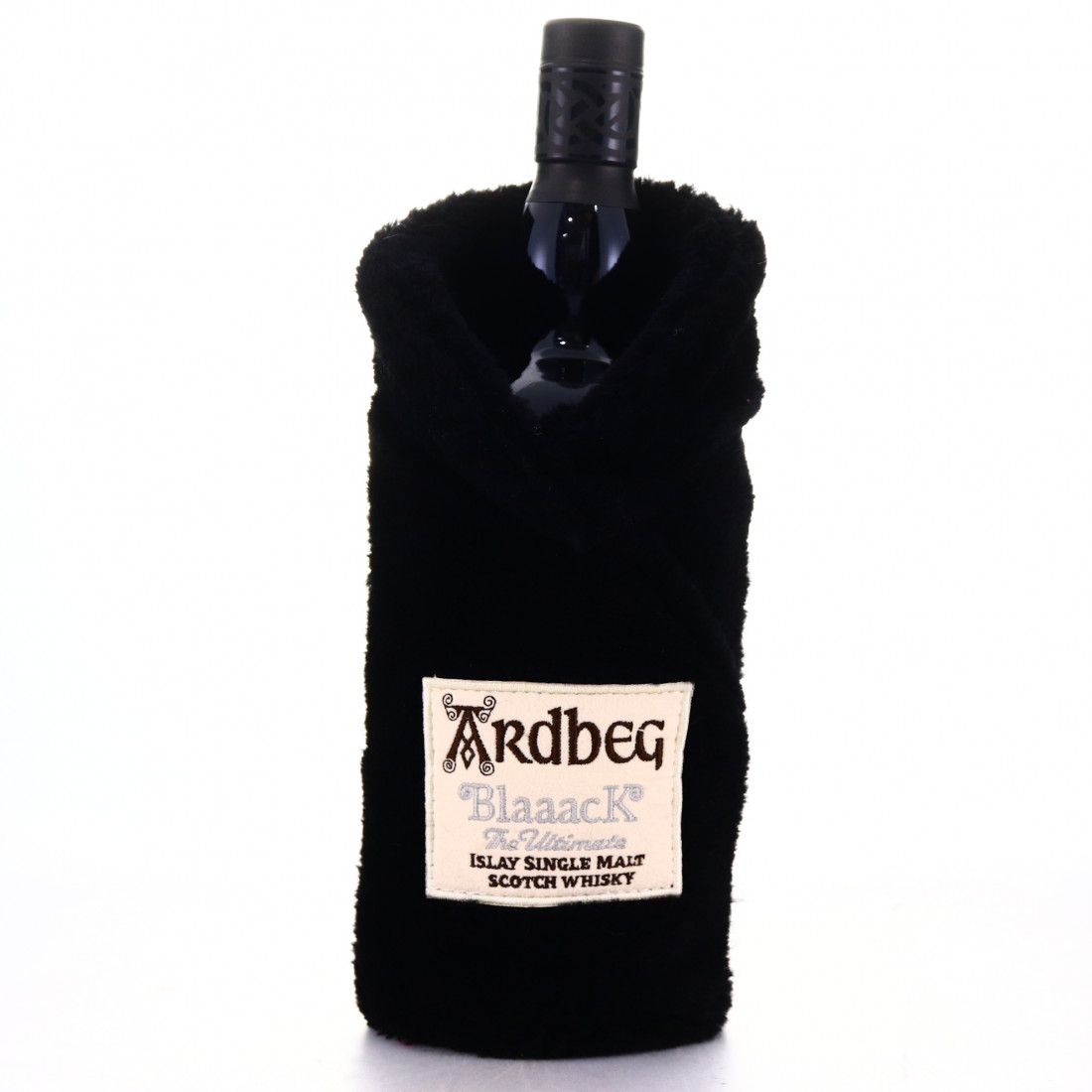 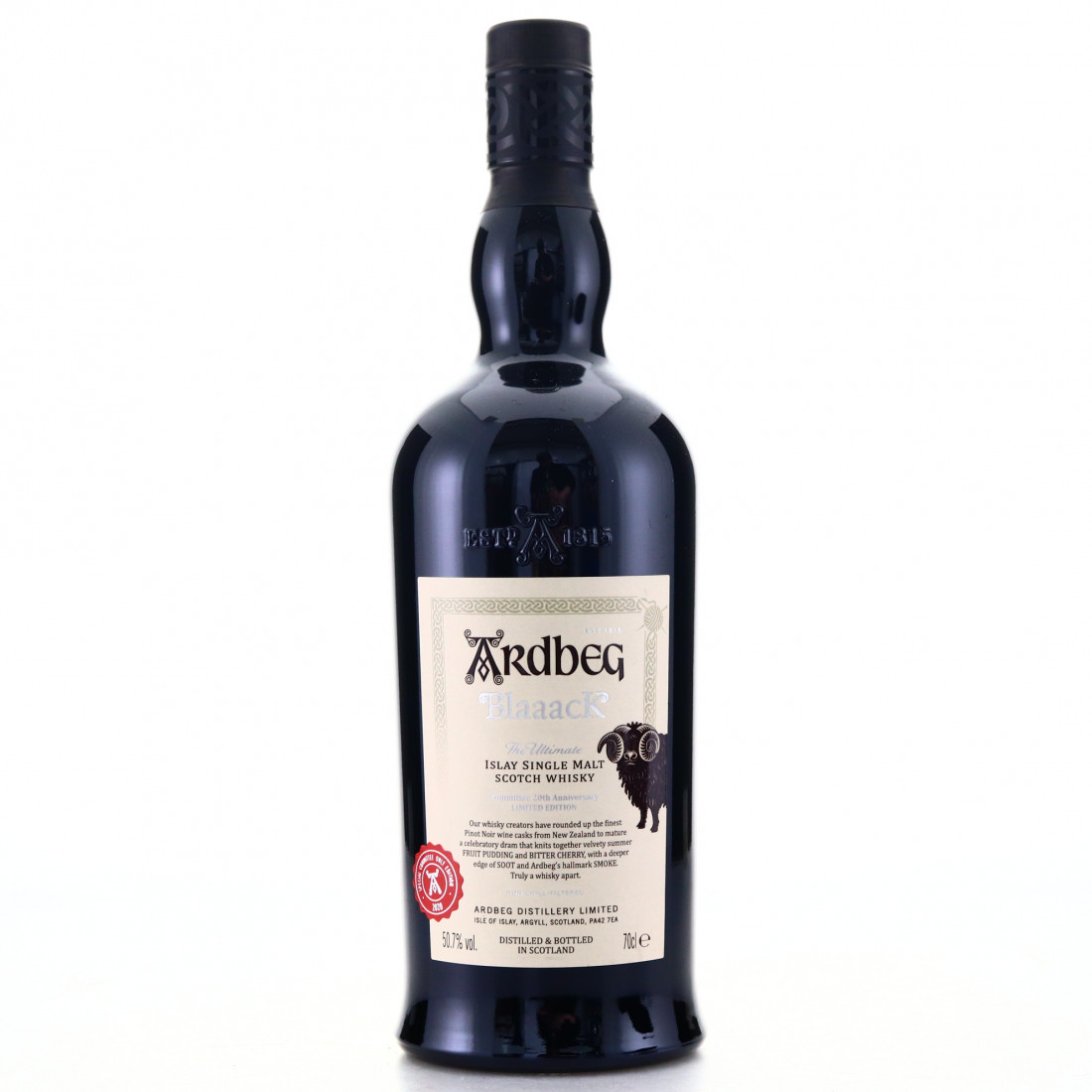 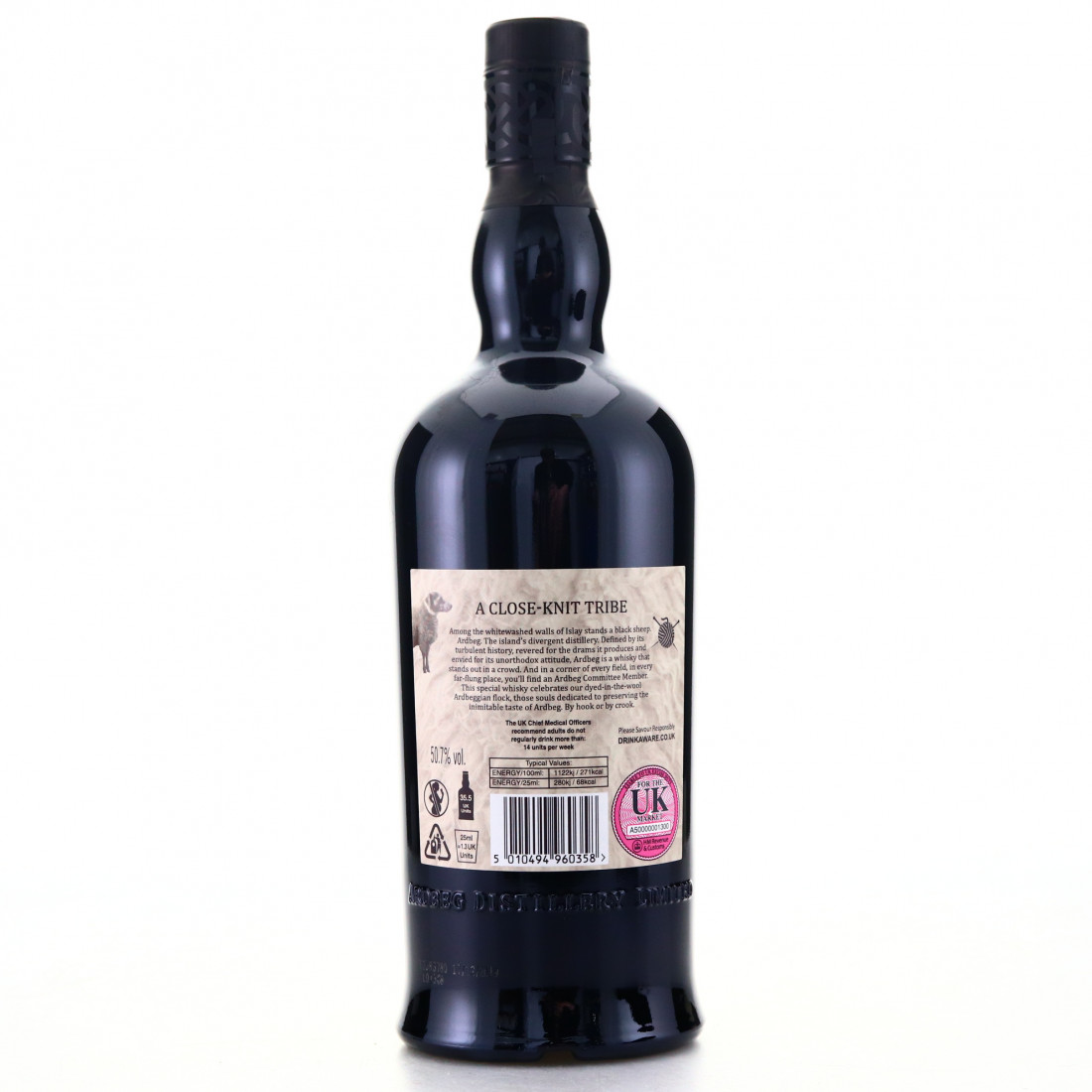 Ardbeg Blaaack was released in 2020 as the 20th anniversary bottling for the Ardbeg Committee. Adorned with sheep puns, the labelling refers to Ardbeg distillery's "black sheep" status on Islay, and the whisky was matured in Pino Noir casks from another famously sheep covered island, New Zealand.