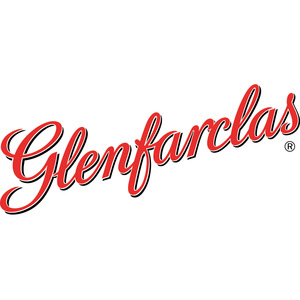 Due to high spirit taxation, many whisky distilleries run illicit scotch production until the mid 1800s. It is believed Glenfarclas first started producing whisky in 1791. Robert Hay first obtained a licence for the distillery in 1836, making it official and legal.

John and George Grant took over control of the distillery in 1889 after the death of their father and grandfather. They oversaw a short-lived partnership with Pattisons of Leith and established a strong reputation for Glenfarclas, with a rival distiller telling them “of all the whiskies malt is king, and of all the kings Glenfarclas reigns supreme.” John Grant retired in 1920 and leaving George to takeover the distillery.

In 1960 the distillery was expanded to four stills - doubling capacity and providing enough room to service the 60s whisky boom.

The first ever cask strength single malt was released by Glenfarclas in 1968. It was renamed to Glenfarclas 105.

Current chairman John L.S. Grant joined the company in 1973 and became chairman in 2002. His own son, George, also works at Glenfarclas Distillery as Brand Ambassador.

In March 2006, Glenfarclas was named Distiller of the Year by Whisky Magazine and won Scotch Whisky Single Malt of the Year at the 17th Annual Malt Advocate Whisky Awards in 2011.

The core Glenfarclas range consists of various aged bottles. The 10 Year Old whisky has a malty character with a light and sweet flavour and straw like finish.

Considered to be one of the best single malts on the market, the 15 Year Old scotch has a much more full-bodied and rich flavour, emphasising perfectly the famous Christmas cake flavour of Glenfarclas.

The 1980s 12 Year Old whisky has a very sherried character. It is not sold widely in the UK and was distilled mostly for the mainland European market.

Released to celebrate the 150th anniversary of Grant family ownership of the distillery, the £511.19s.0d Family Reserve is named after the price John Grant paid for the distillery in 1865. It is an inexpensive collectors whisky that commemorates the heritage of Glenfarclas.

An important piece of whisky history, the Glenfarclas 105 Cask Strength was the first ever cask strength whisky on the market. At 60% proof, it is certainly for the more seasoned whisky drinker and at least a small splash of water is recommended to be able to notice the flavours of liquorice, Christmas cake and prunes.

The Glenfarclas 1953 Single Cask 58 Year Old was matured exclusively in a sherry butt. One cask from 1953 was selected by a panel of whisky connoisseurs to be bottled and only 400 bottles exist to this day. It is a very dry whisky, and has a lower level of sweetness than other Glenfarclas whiskies but still very fresh, light and complex.